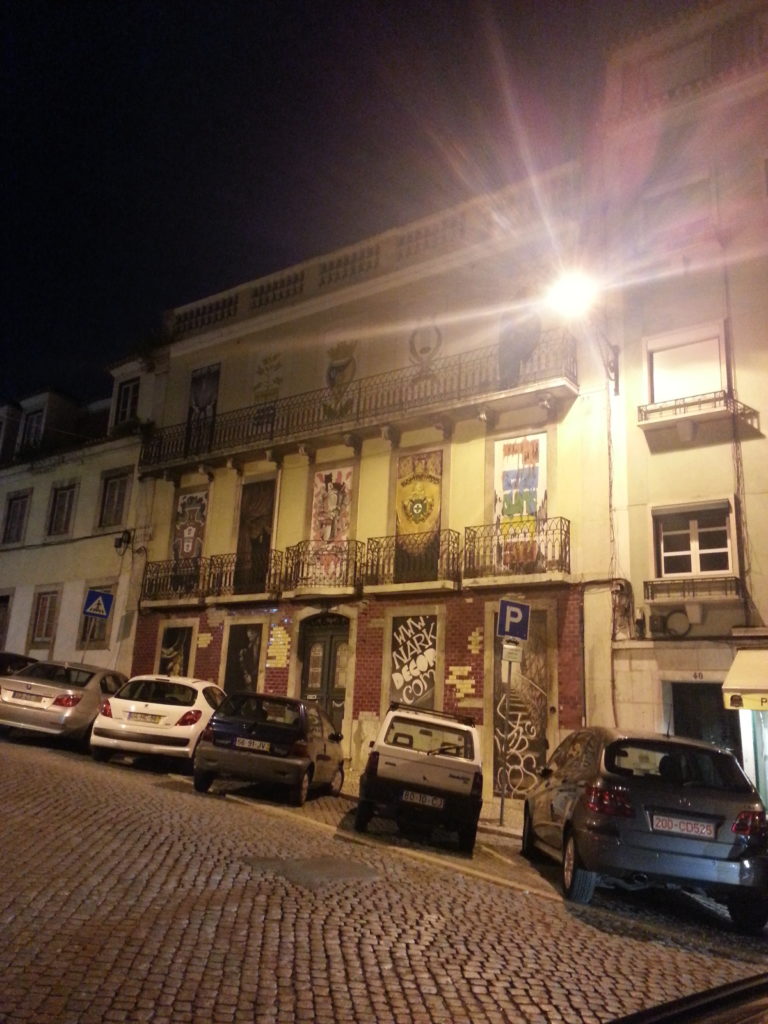 I was working in Portugal for a week and like when I was in Budapest I decided to go to a jazz club in town one night.   I walked the two miles or so till I found it. It was about an hour before it opened so I went off to find somewhere to eat and as I did I was handed a flyer for an all you can eat curry buffet so that sounded a good idea so I went off and found it.

Hot Club de Lisboa has apparently been running since the 1940s and was in the same building until it burnt down a few years ago at which point it moved a couple of doors round the square to it’s current home. A small club with s bar st one end and stage at tbe other. Tonight it was the 14 piece house band playing the works of Charles Mingus. Fives saxs, three trombones, three trumpets, drums, piano and of course double bass. Two fantastic sets of music for €7.50.