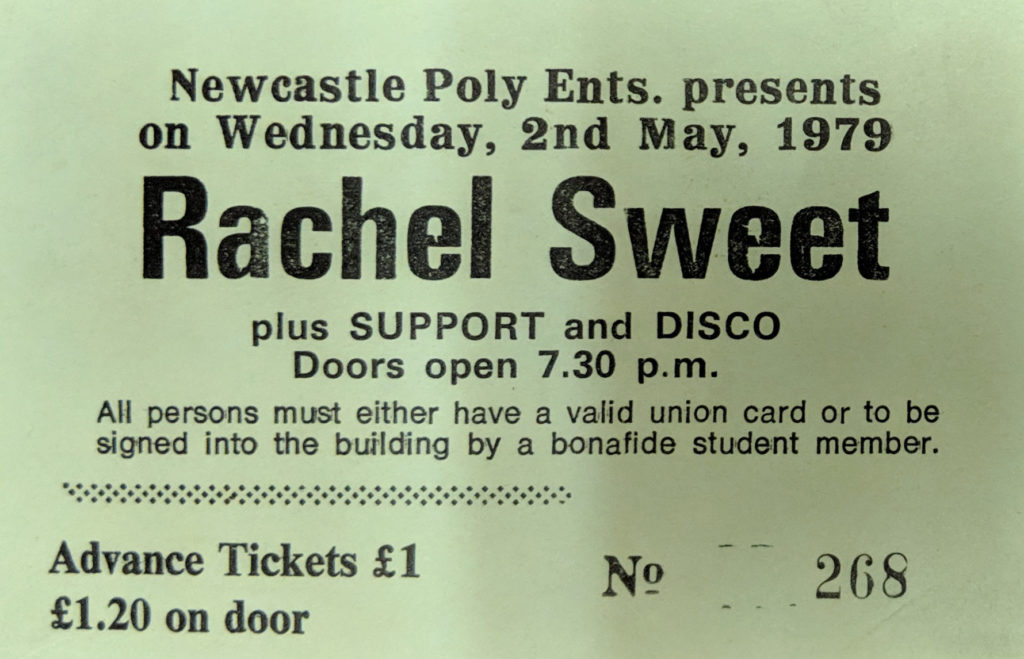 I went to this gig with my friend Nick, the pair of us both listened to the BBC Radio Newcastle music program Bedrock and it could have been on that show that we first heard the track that lead us to the gig that night. 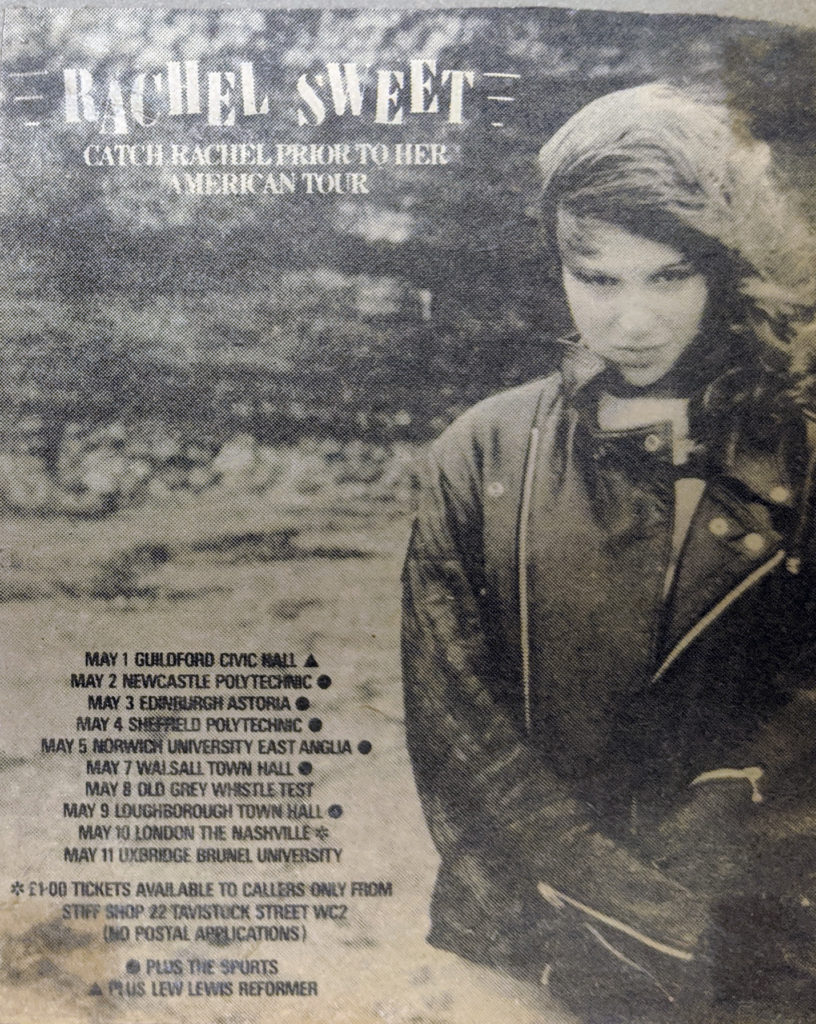 Akron Ohio was being hailed as the “new Liverpool” at that time and many artists that came from there were becoming popular. Chrissie Hynde of the pretenders came from there as did Devo, who I saw at the City Hall around the same time. However the artist in question this night was 16 years old (about the same age as us), was signed to Stiff Records and was called Rachel Sweet.

I remember we were literally at the front standing just in front of her and we flirted with her all through the show making her laugh on a number of occasions! She had these chiffon scarves that she flicked around during the show and that’s about all I remember about the evening!! She virtually disappeared from the music scene shortly afterwards although I now understand that she did record some more albums but none that made any impression of press or public. She did, however, record the theme music to the film Hairspray so that and her “hit” single B-A-B-Y baby remain as her career highlights

A setlist from a couple of weeks later was:

Truckstop Queen
Something Goin’ on in My Head
Foul Play
Stranger in the House
Spellbound
I Go to Pieces
B-A-B-Y
Wildwood Saloon
Its My Nerves
Cuckoo Clock
Who Does Lisa Like?
Connection