Another event organised by the old GLC as part of their Jobs Year in 1985. This was over the Bank Holiday weekend at the start of May. I hadn’t been in London long and had just moved into the spare room of two old University  friends who lived in East Ham. It was the male partner, Robin who had been the social sec at University that I went to this event with.

My overwhelming memory of this gig was of getting more and more wound up by the fact that we spent most of the day wandering round local shops to see if we could buy beer (which wasn’t allowed on Sunday afternoons back then) instead of watching the bands or joining in the events. I really wanted to see Slim Gaillard but ended up either missing him or just seeing a few brief seconds as we wandered by. Looking at the list of entertainments I would love to have seen more than I did.

I have it down that I saw Hank Wangford which may be true! But then I had it down as the 6th May but it was definitely the Sunday for the reasons outlined above! I don’t think we stayed for the fireworks either! 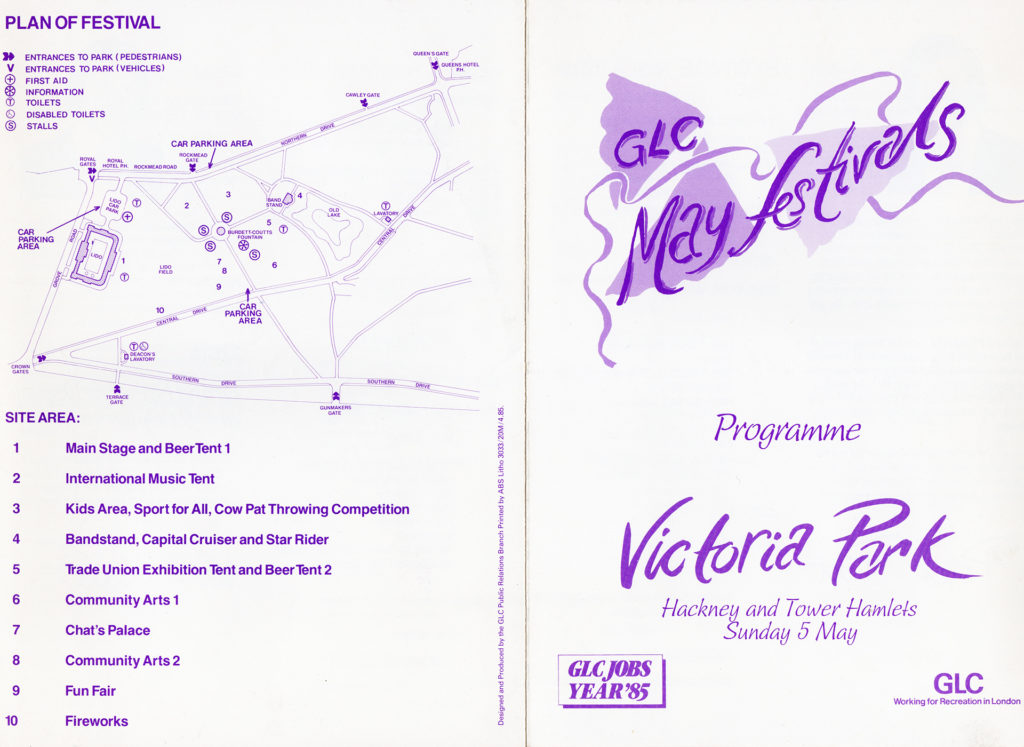 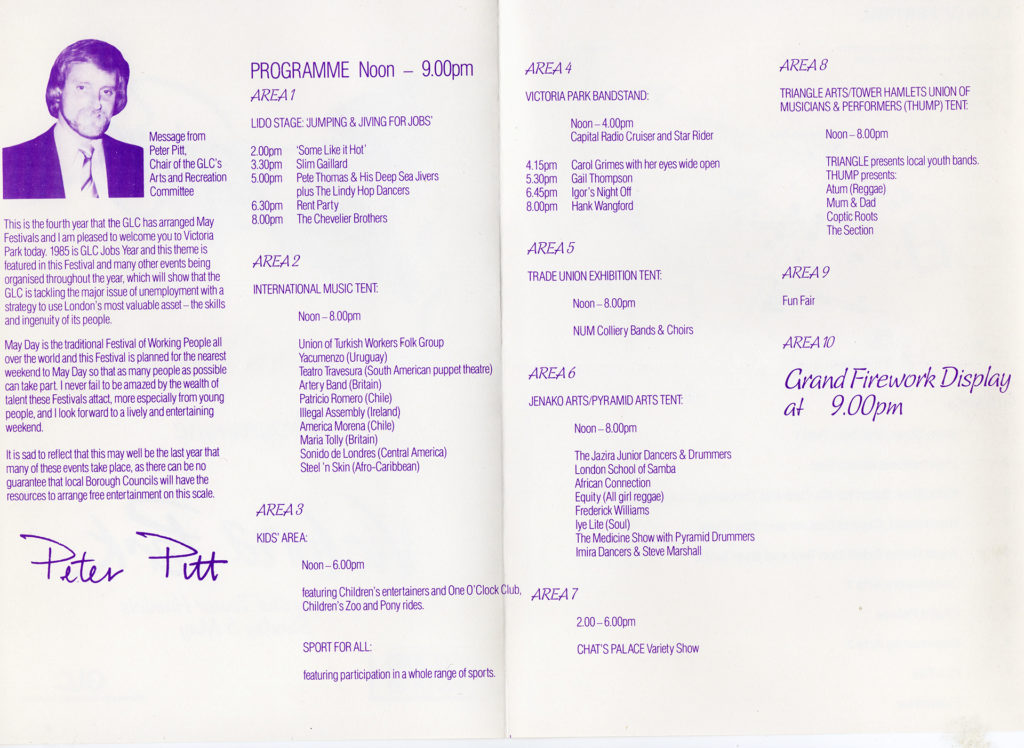