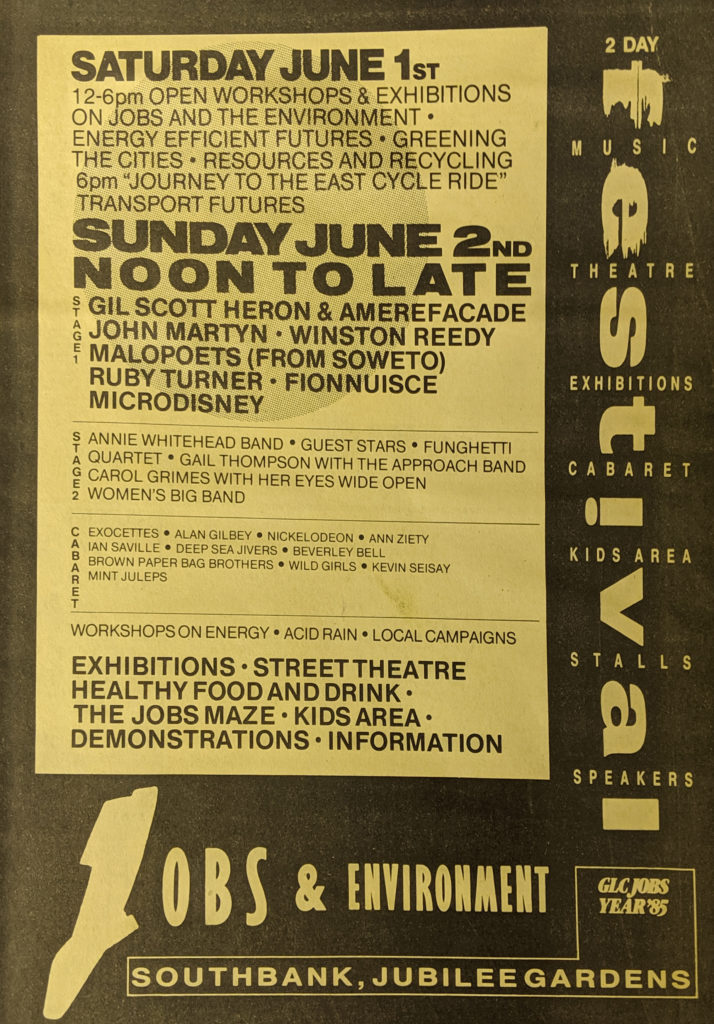 In the mid 1980s – just after I moved to London the Thatcher Government was trying to get rid of the GLC because it was run by Labour and actually card for the welfare of the people who lived in the capital! As the time for abolition approached the GLC started to spend its money on events to publicise the lack of jobs and the dangers to the environment – they put on some good events, wish they been able to carry on! 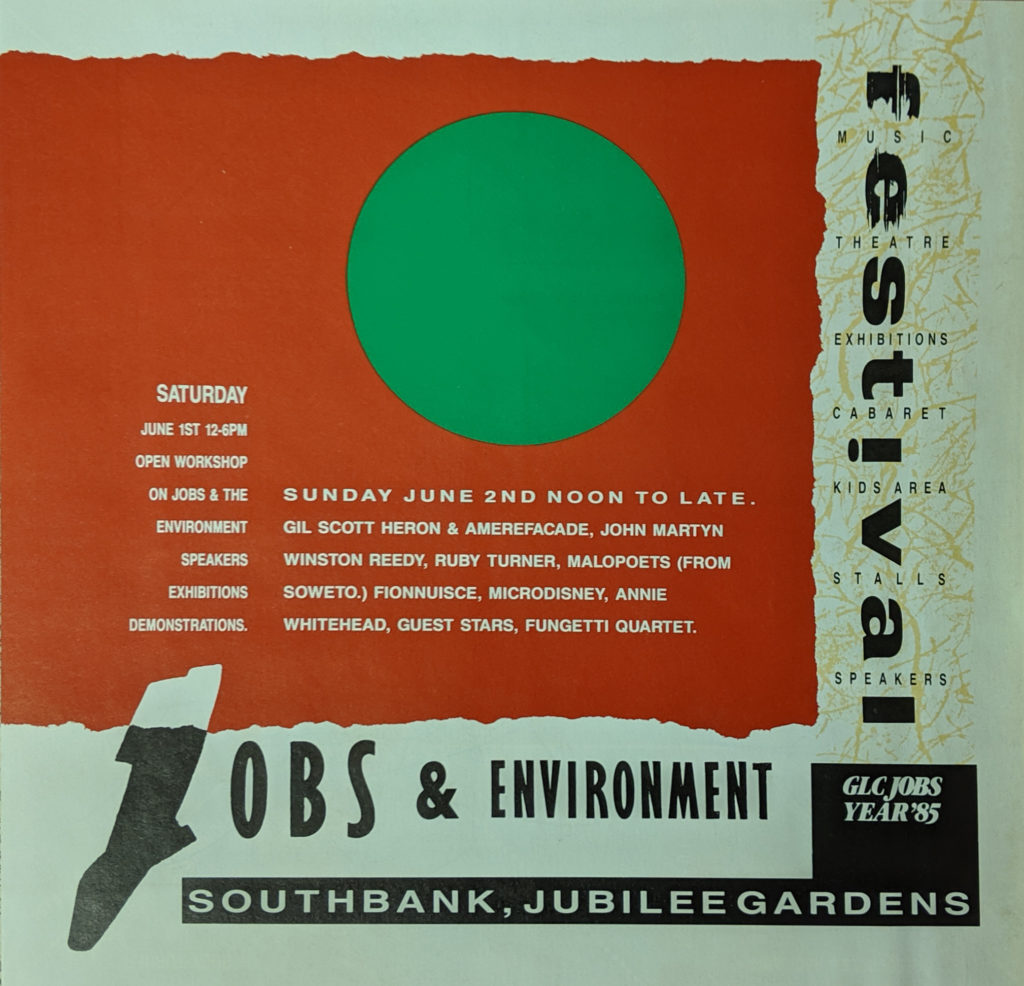 After being dragged from pillar to post at the one in Victoria Park a few weeks earlier by my friend I decided to go to this one on my own! At least I might get to see the bands if I did! Although if I recall correctly I did bump into an old friend and spent at least some of the day with him. 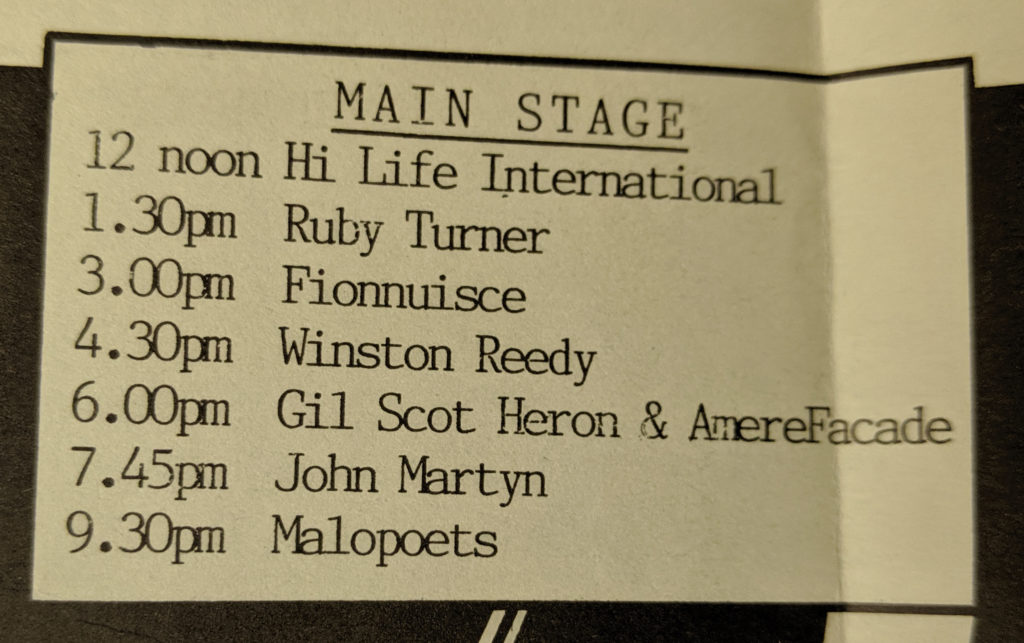 I don’t remember much else except it was a glorious sunny day and there were lots of beautiful women around! I’ve looked on the internet and to be honest have drawn a blank – you’d have thought someone would have taken some photos. I did find a setlist for John Martyn though – see below! 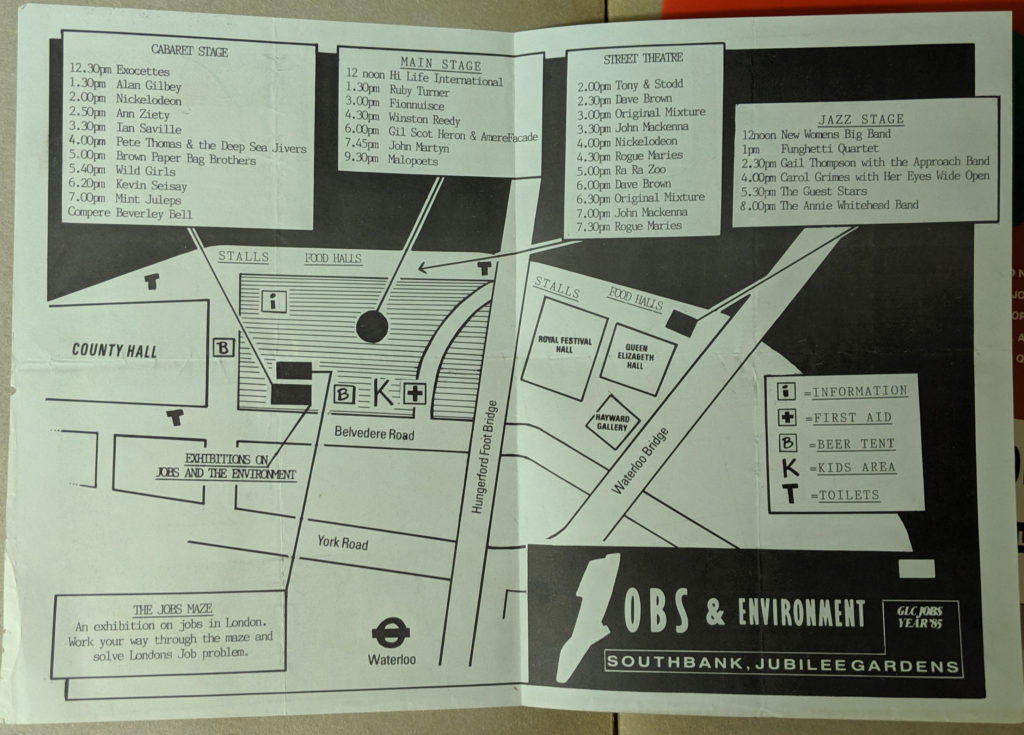 I don’t think I ventured far from the main stage all day and my gig list says I saw all of the acts. This was the only time I saw Gil Scott Heron and I wish I could remember more about his set. I’ll add that to the list of bands I saw before I really got them! I think I left during the Malopoets having bought a packet of green stuff off a black bloke in the crowd!