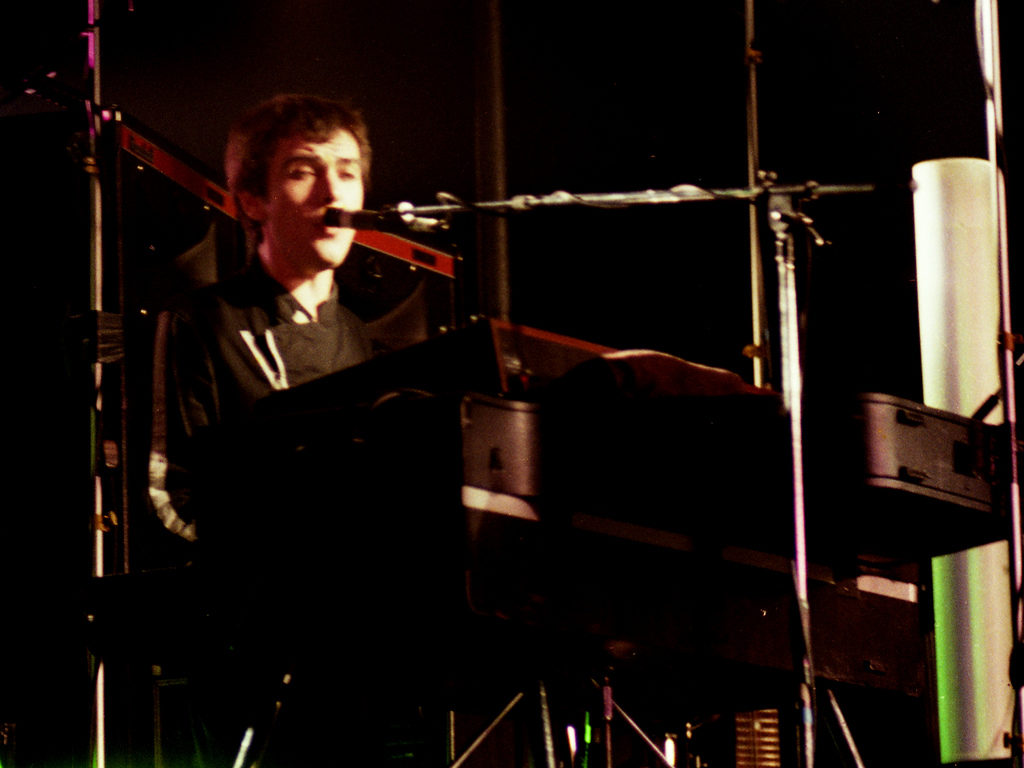 My mate Nick reminds me of a time where we went over to Newcastle to buy tickets for a gig but there had been a heavy snowfall overnight and the train only got as far as Gateshead before having to stop. Not deterred however we got off, walked over the High Level bridge and made it to the City Hall and bought those tickets! There’s every chance that it was for this gig as I know we were sitting next to each other. 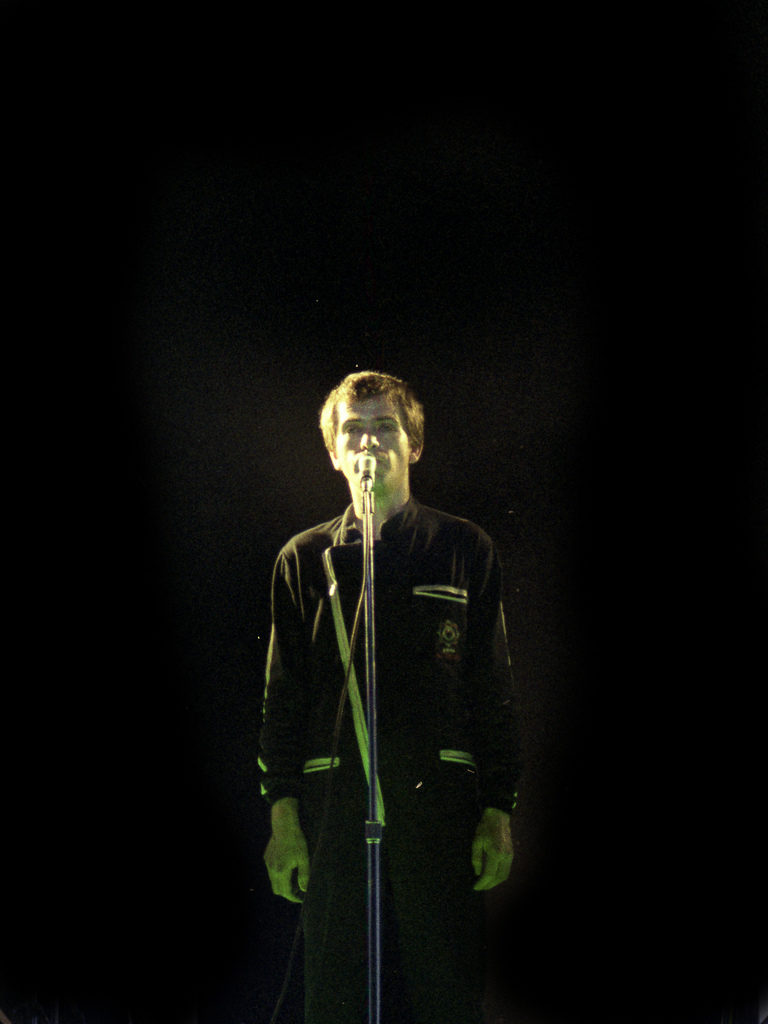 This was the third time I’d seen Peter Gabriel having seen him at Knebworth in 1978 supporting Frank Zappa and the Tubes where he had climbed onto the stage via a ladder with a stuffed Panda strapped to his back and proceeded to sing “Me and my teddy bear, got no worries, got no hair (he’d just cut his long hair off). I’d next seen him at Reading in 1979 with Phil Collins on drums where they opened with this weird drum song that turned out to be the debut of the song Biko and he and Collins had both donned leather jackets to end with the Lamb Lies down on Broadway! So tonight we were wondering what he would do! 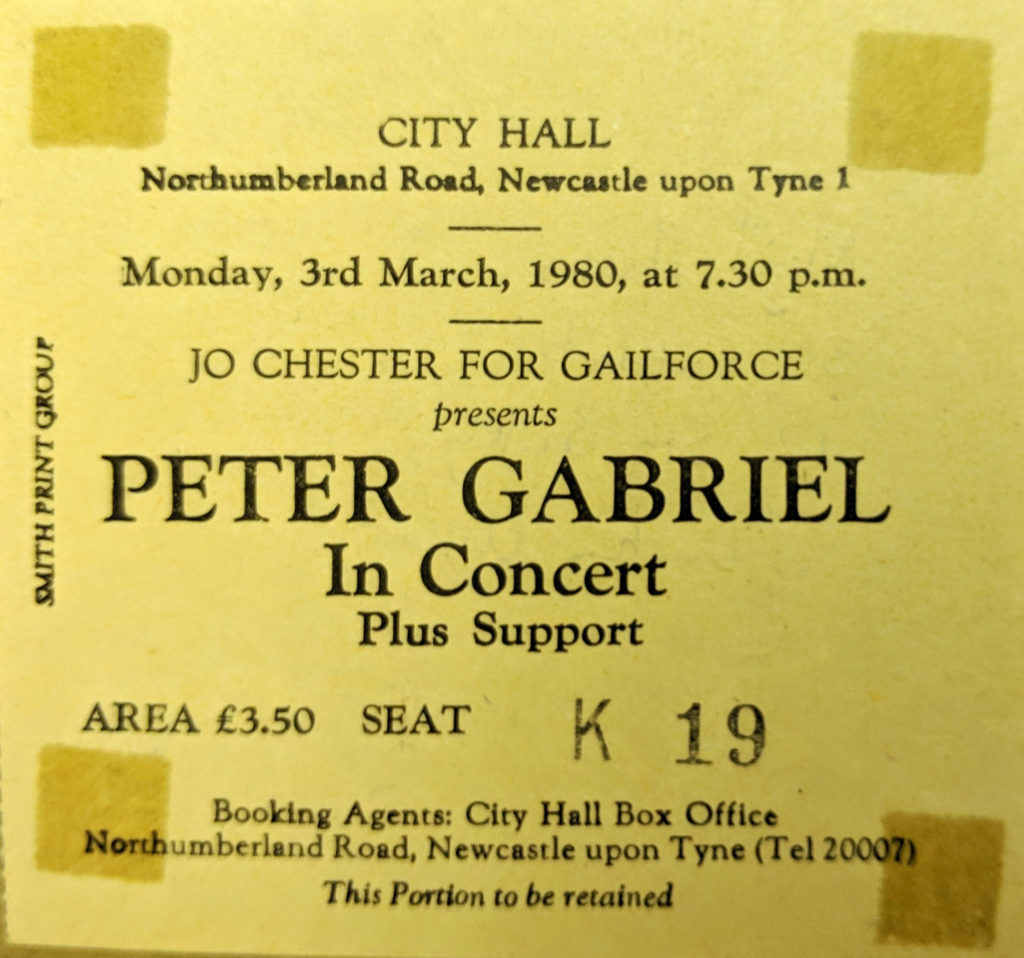 The tour was billed as the 1984 Tour of China and the programmes had been made to look like the little red book. 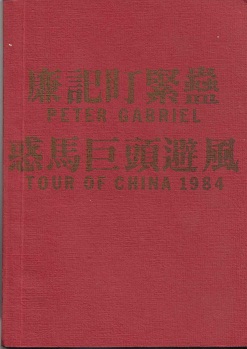 The stage set was very sparse and lit with fluorescents and bright white lights on stands which didn’t do my photos any good. The band were all dressed in black uniforms. Gabriel was using a radio microphone (quite new at the time) and it kept malfunctioning which he rectified by slapping it on the side. He played songs from all three of his Peter Gabriel albums and according to the setlist I found a cover of a Tom Robinson Band song although I don’t remember, I don’t recall! 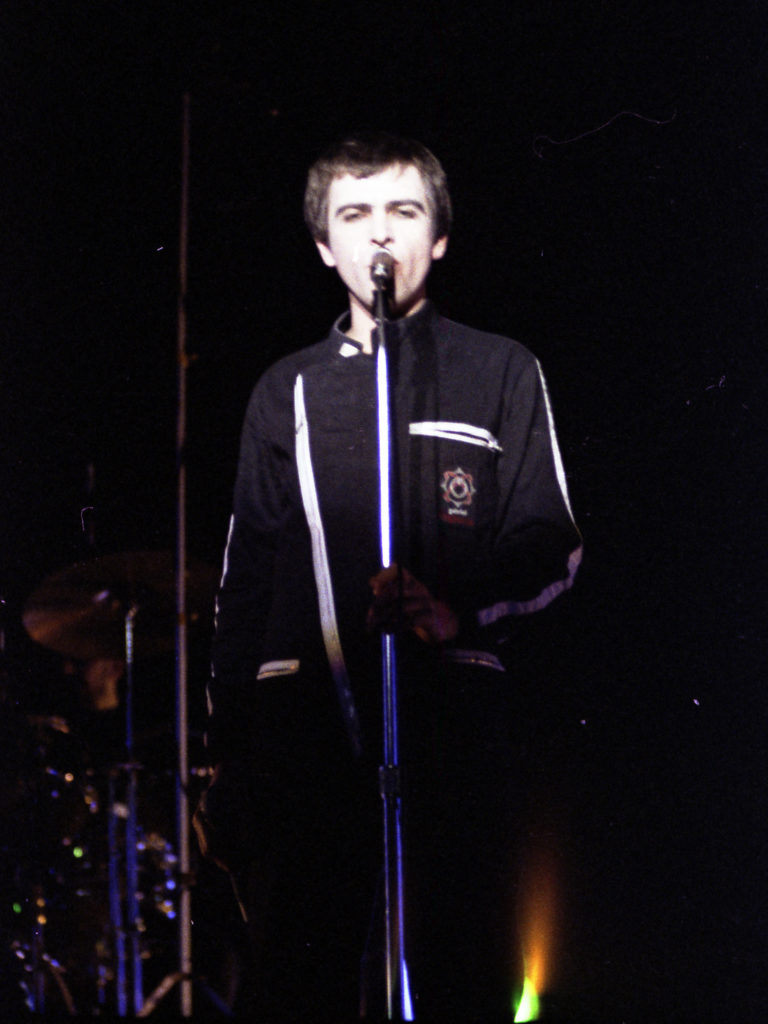 I’m told that the band came on stage by walking through the crowd from the back of the hall – I can’t remember if that is correct but I do remember that during Games without Frontiers he jumped into the audience with his radio microphone and went round getting people to sing the Jeux sans frontieres part. As he came along the row in front of us my mate Nick grabbed the microphone and dragged it towards us nearly pulling Gabriel with it – we happily sang into it before letting it go! 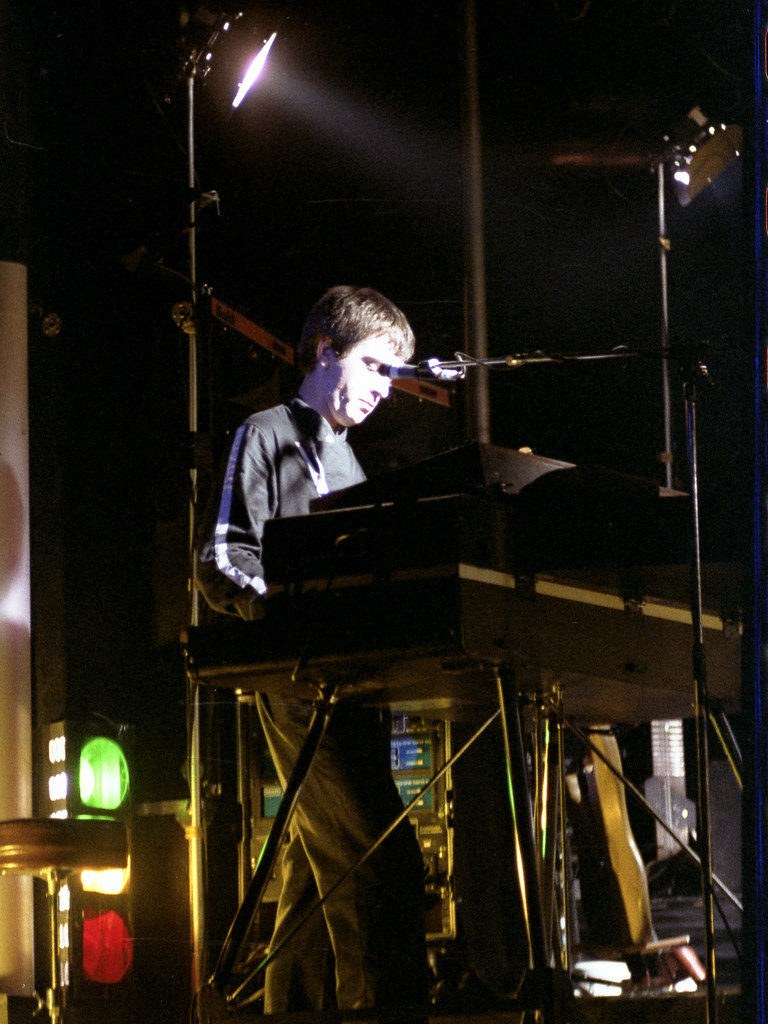 Photos taken by me at the gig, the support act was Random Hold and the set list was: