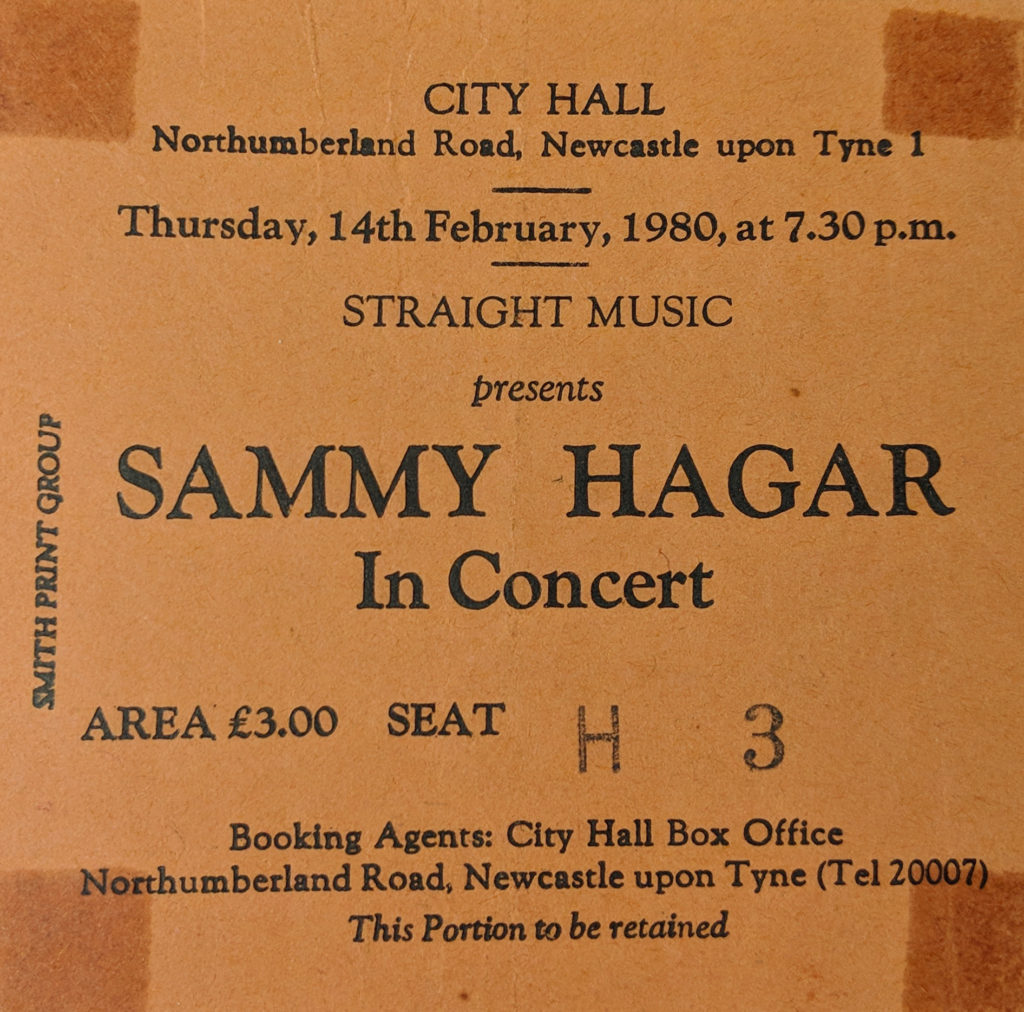 I was talked into going to this gig by my brother and his friends as it wasn’t/isn’t my sort of thing! I don’t remember much about the gig except that if you wrote your name on the back of one of the flyers shown they would put your name on a special edition poster which would be included with his new album Danger Zone. I did and I am told that my name was on the poster although I have never seen it! If anyone has one and want to look for it I was just Kevin Shewan then and if you could scan it for me I’d be grateful

Confused by this now! The ticket clearly says 14th February but my records show 12th April! It’s listed under both dates on setlist.fm so I don’t know if I went on the date on the ticket or if it was postponed and I went on the later date! 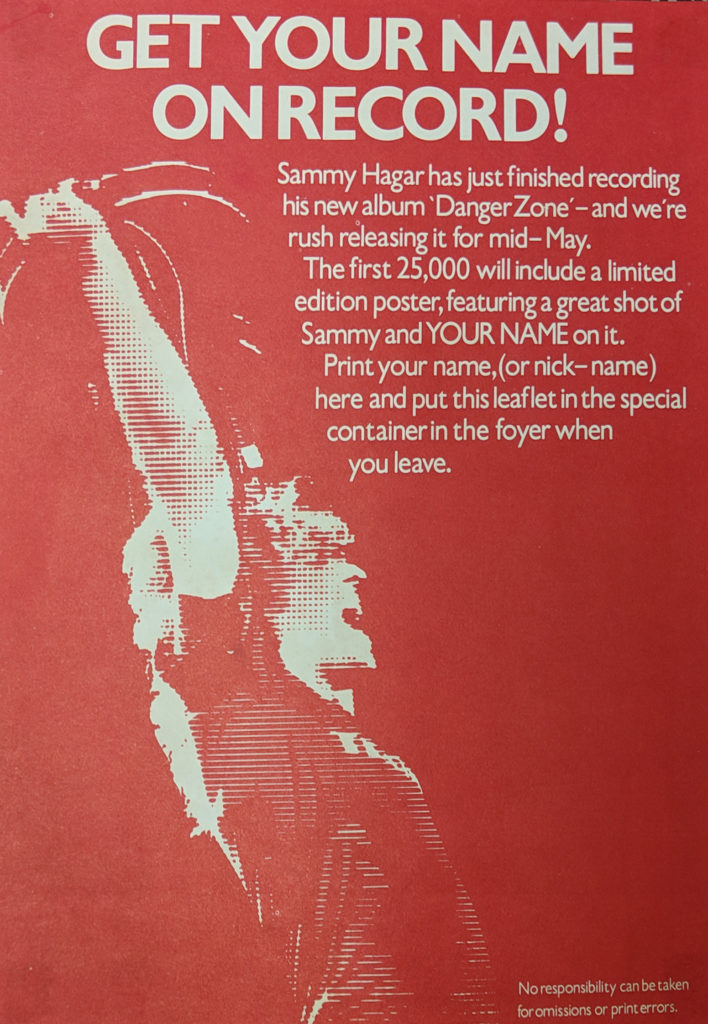