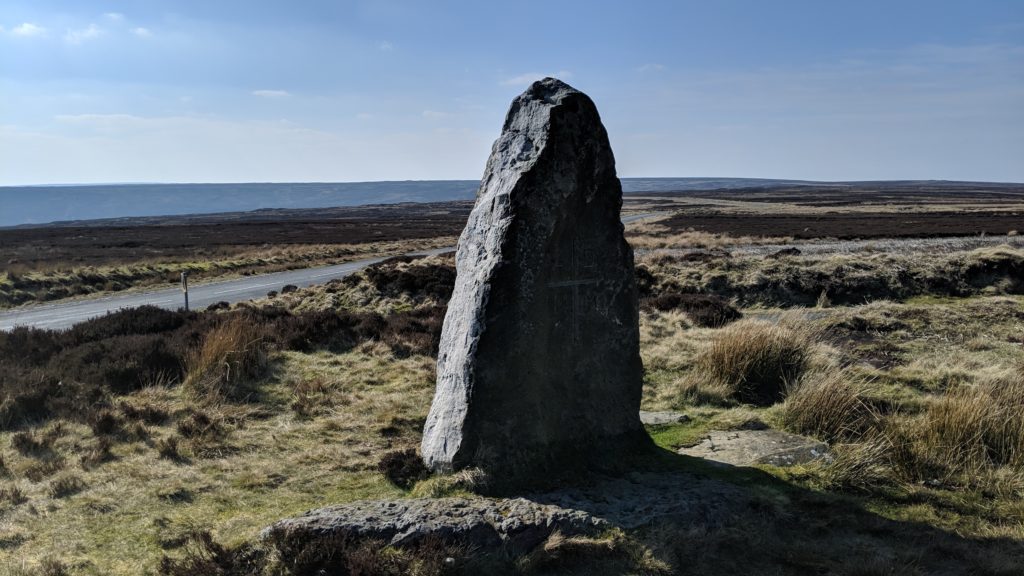 We were driving over the North York moors to go and visit the Great Yorkshire  brewery at Cropton as my wife had bought me a tour as a Christmas present. On the way I spotted a standing stone on the side of the road but as we had to be there at a certain time we couldn’t stop until we were on the way back. It turned out that the stone is a modern one, erected in the year 2000 to celebrate the new millennium. 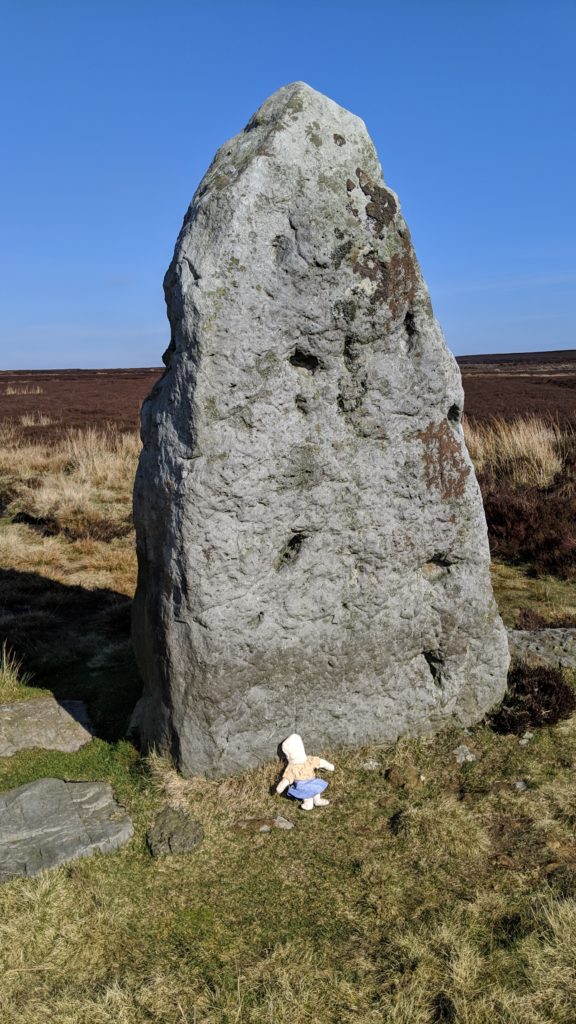 Apparently the stone stands at one of the highest point of the moors just off the road between Ralph Cross and Rosedale Abbey. It was originally agreed that the stone should be simply engraved with the letters ‘AD MM’ divided by a simple quadrant. But when the local stonemason, Mike Weatherill, was asked if he would do the work, he initially declined. A good Methodist, he said: “If I am going to put a cross on the stone, it must be a proper one – are we not celebrating 2000 years since the birth of Jesus Christ?” So that is what is carved on the stone, in perpetuity. 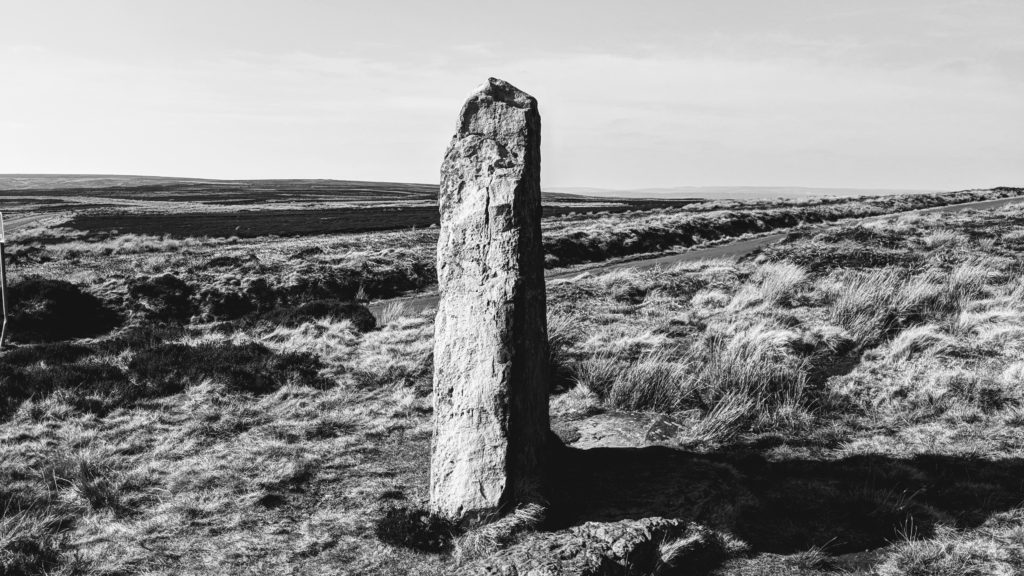 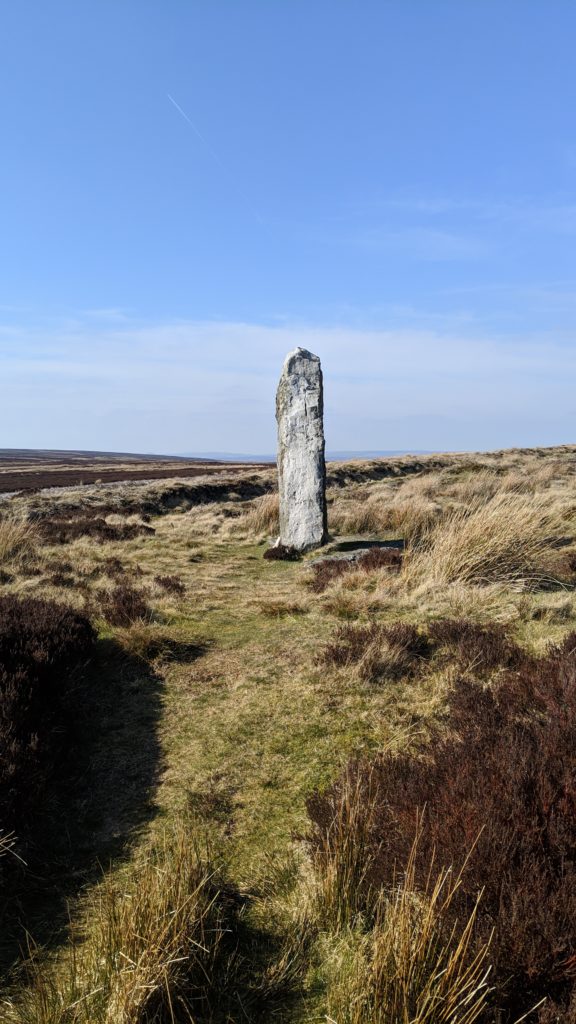