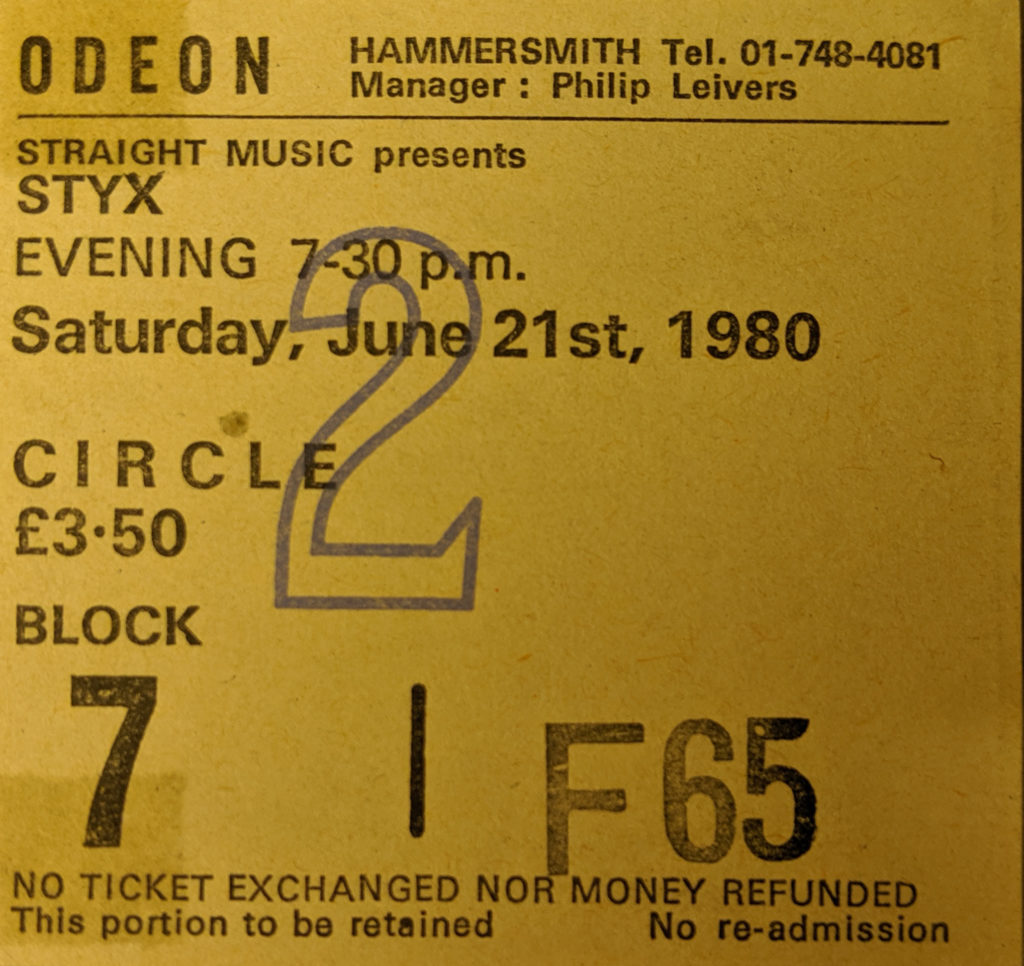 We had booked tickets to see Fleetwood Mac at Wembley Arena on Sunday 22nd June as part of their Tusk tour and as luck would have it Styx announced two nights at the Hammersmith Odeon with the 21st being one of them so we decided to make a weekend of it! Looking back I know Styx were quite big at the time but I would be pushed to name any of their songs now. After looking at Wikipedia and Google I would say that Blue Collar Man and Babe were probably Mecca favourites on a Friday night! 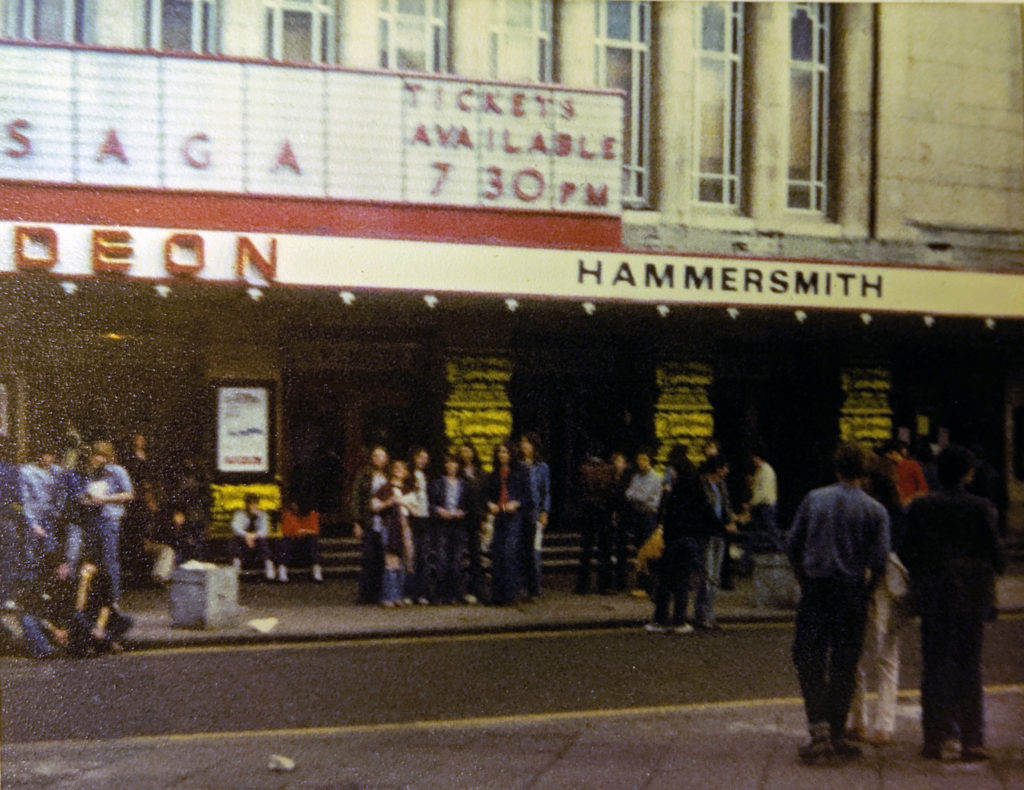 There was a whole gang of us went and we stayed at my cousin’s flat in Kings Cross. It was also the first time we had been to a gig at the famous Hammersmith Odeon hence the photo of us all standing underneath the sign. Looking back it probably would have been better if I had managed to get all og the word Odeon and had got the bit that said Styx rather than the bit that said Saga who were the support band!

I can’t find a set list but did find this page with pictures from the gig the following night!

here for anyone who has never heard the band is a video of their biggest hit Babe – oh the horror, the horror!!!