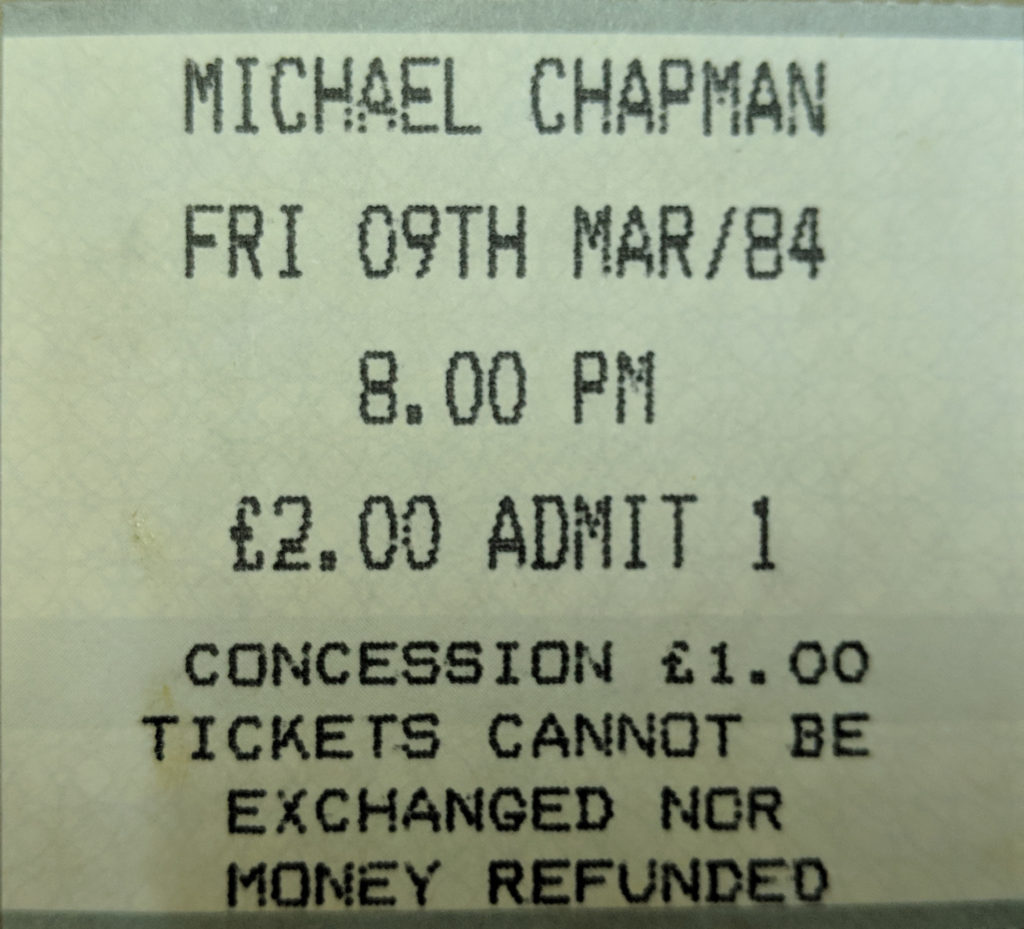 This was the second time I’d seen Michael Chapman having seen him supporting Camel in Newcastle in 1978. I had a friend at school who moved to the area from down south and brought lots of new (to us) music with him – he introduced me to (among others) Roy Harper, Richard Digance, John Martyn and of course Michael Chapman. The album he released at that time was The man who hated mornings and it is still one of my favourites (having recently bought a copy of it on vinyl!)

I went with my then girlfriend and we had just got in when we bumped into the male half of a couple of friends who only lived round the corner. He had a deal with his missus they bought one ticket and he went to watch the first half and then popped out, gave the ticket to the other half and she came back to watch the second half so they didn’t have to get a babysitter. I remember that when the other half came back she and my girlfriend proceeded to talk all the way through the rest of the gig! 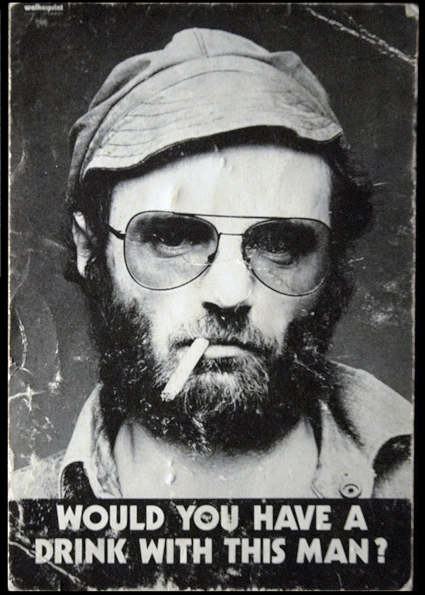 This was the only gig I ever went to at this venue but about a year later I did apply for a job there and at the interview got the impression that I would have got the job had it not been for one minor technicality! The funding for the position came from a fund set up by the Tories under Maggie (who let’s face it were responsible for the mass unemployment in the area at the time) for people who had been unemployed for a certain period of time. I was a few weeks short of that target so I couldn’t be employed. It’s interesting to wonder what would have happened if I hadn’t been forced to “get on my bike” and go and moved to London a few months later!