I first heard of John Stewart when I was at University through the song Gold. I bought the album Bombs away dream babies which has that track on it. I later bought Fire in the Wind and its title track became a long time favourite. I had never seen him though and earlier in 2003 I had been at the Borderline and when I was in the loo I spotted his name on the upcoming gigs list so I bought a ticket to see him.

I can’t remember the name of the support act but he was quite good!

I loved the John Stewart show and I am so glad I recorded it! When he came on there was a buzz on the PA system which he said that he thought they’d got rid of. The sound man tried to fix it but to no avail. About four songs in he was introducing the next song and there was a very loud bang – his delay pedal had exploded but the buzz had gone!

The two highlights for me were when he played Fire in the Wind which segued into Gimme Shelter and his “week ending” Daydream Believer which of course he wrote for the Monkees. I’m glad I got to see him as I think this was his last UK appearance as he sadly died in 2008. 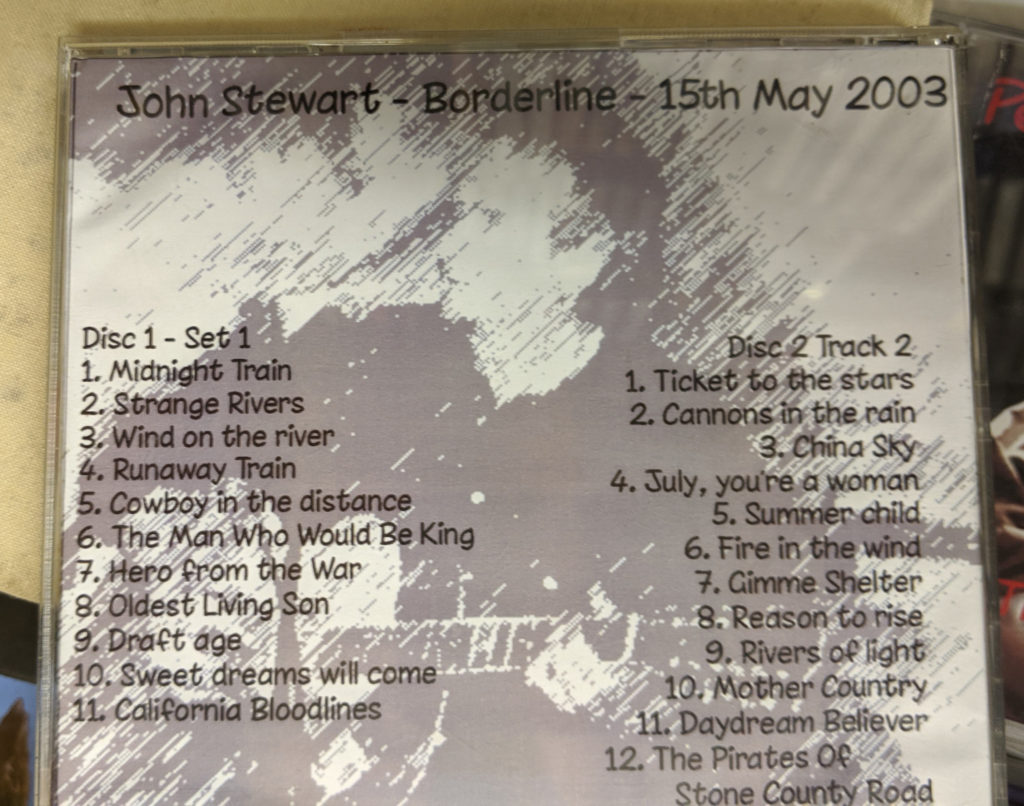