Two days after seeing the Stranglers at Newcastle City Hall we had our second punk experience much closer to home at Seaburn Hall about a mile from where we lived. Looking back of course the Jam weren’t really a punk band but like a lot of other bands they were caught up in that whole Punk/New Wave tag! They had just released their first single In the City and the gig in Sunderland came less than a month after their debut Top of the Pops appearance.

I don’t know if they were selling advance tickets or not but I think it was a case of turning up and paying £1 on the door. There was no support band and I seem to recall that the Jam came on quite late which meant there were a lot of very drunk people in the audience by the time they took to the stage. As I said most people had got their ideas of how to act at a punk gig from the press so when the band did come on there was a lot of spitting and at one point a beer glass flew through the air and smashed on the stage bringing the gig to an abrupt halt while the band said if it happened again they would just go off. 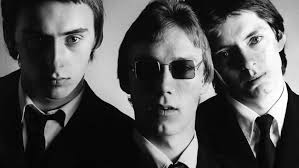 The band were all dressed in identical suits and the only light show there was consisted of about half a dozen white lights around the band. The set was fast and furious and didn’t last much more than 45 minutes and I seem to recall they played In the City twice (the set list below taken from a gig in Portsmouth three days earlier would appear to back that up!). This turned out to be the only time I saw the Jam. 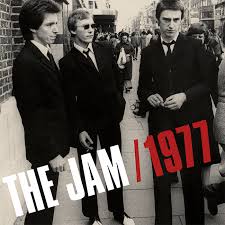 The following week the same venue had the Vibrators and local punk band Penetration playing and again we went down to see them. I seem to recall that my mum had got wind of the whole Punk thing by then and tried to discourage us but we went anyway. Unfortunately when we got there they wouldn’t let us in. I think there had been too many underage people at the Jam gig the week before and they had been told to tighten things up. Disappointed we wandered round the side of the hall and as we did the side door opened and out came Pauline Murray from Penetration herself. we chatted to her and told her how we couldn’t get in so she indicated that the door was open! About 6 of us piled down the corridor but unfortunately it came out right next to the DJ booth and we were all soon rounded up and chucked out again!