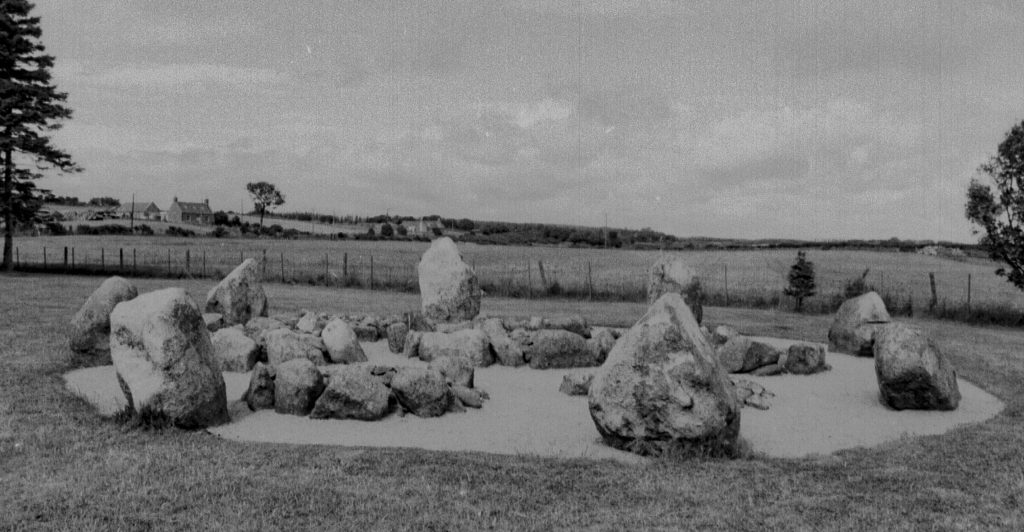 Cullerie is a small stone circle (about 30 feet across) consisting of 8 standing stones and with 8 burial cairns contained within the circle. It is thought to date back  4000 years and it thought likely that the stone circle was constructed first and the area within it used for cremations. It is thought to be a later development of the recumbent stone circle although it is the only known circle using this design. However the circle may have been one of a number of similar circles as it was mentioned by James Logan in 1820 that there remained traces of a similar circle nearby although more recent excavations have failed to find any trace. 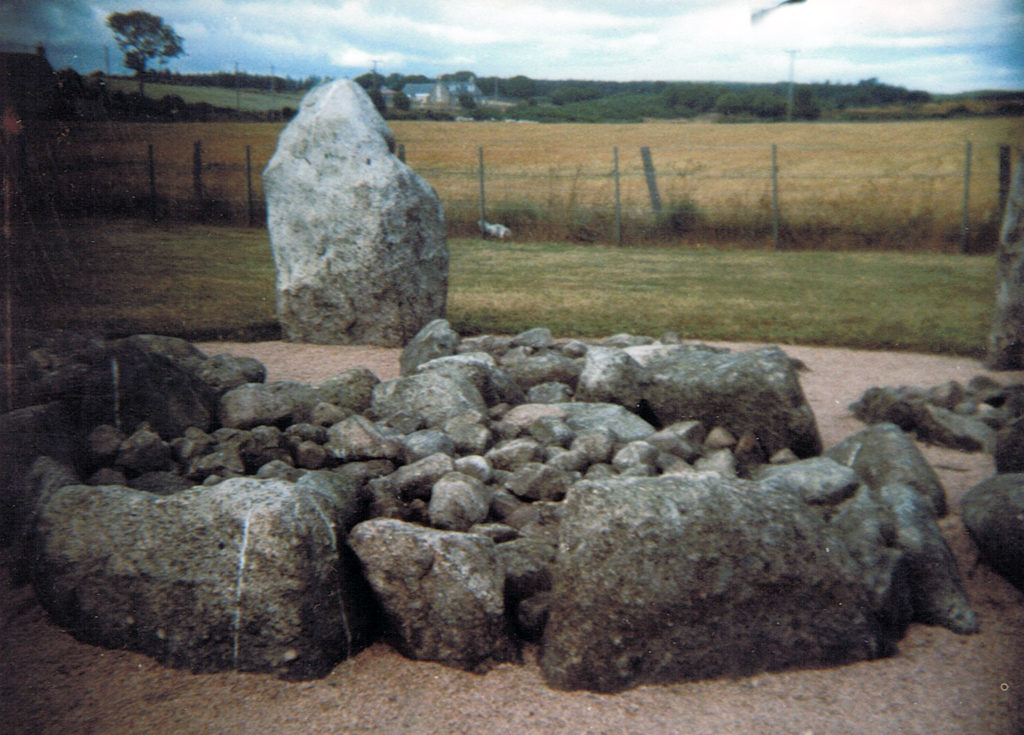 The cairns are characterised by outer kerbs or rings of stones, with a double ring surrounding the central cairn and a single ring in the others. All but one of the cairns have eleven ringstones, with the last having nine. Oak and hazel were burned within the stone rings, leaving charcoal behind, and cremated human bones were deposited in the ashes within five of the rings. They were then filled with smaller stones to create the cairns visible today. 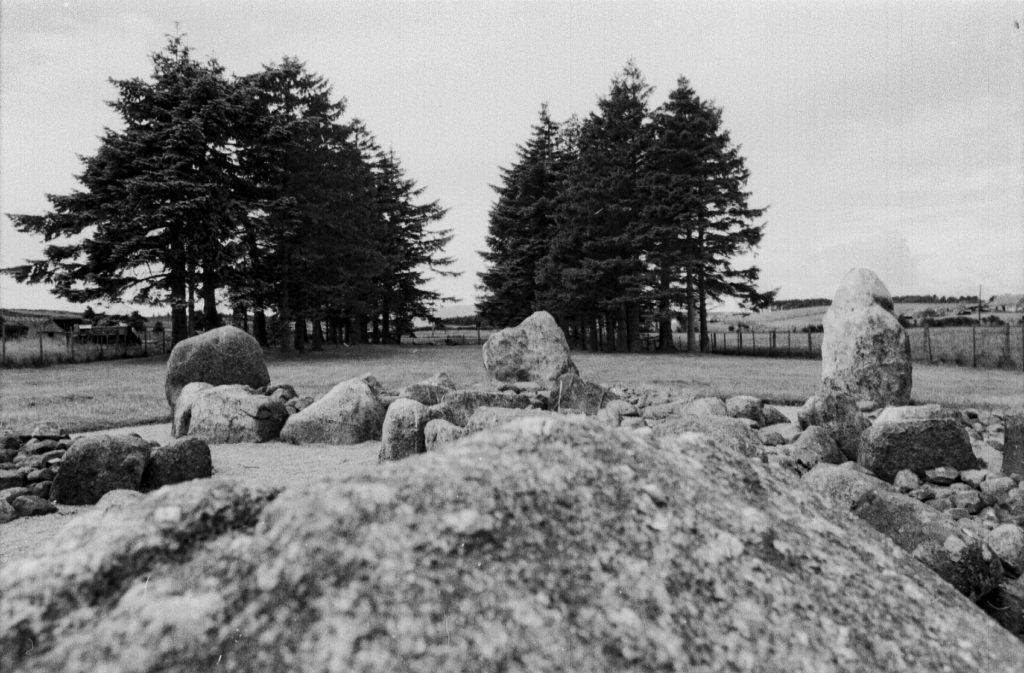 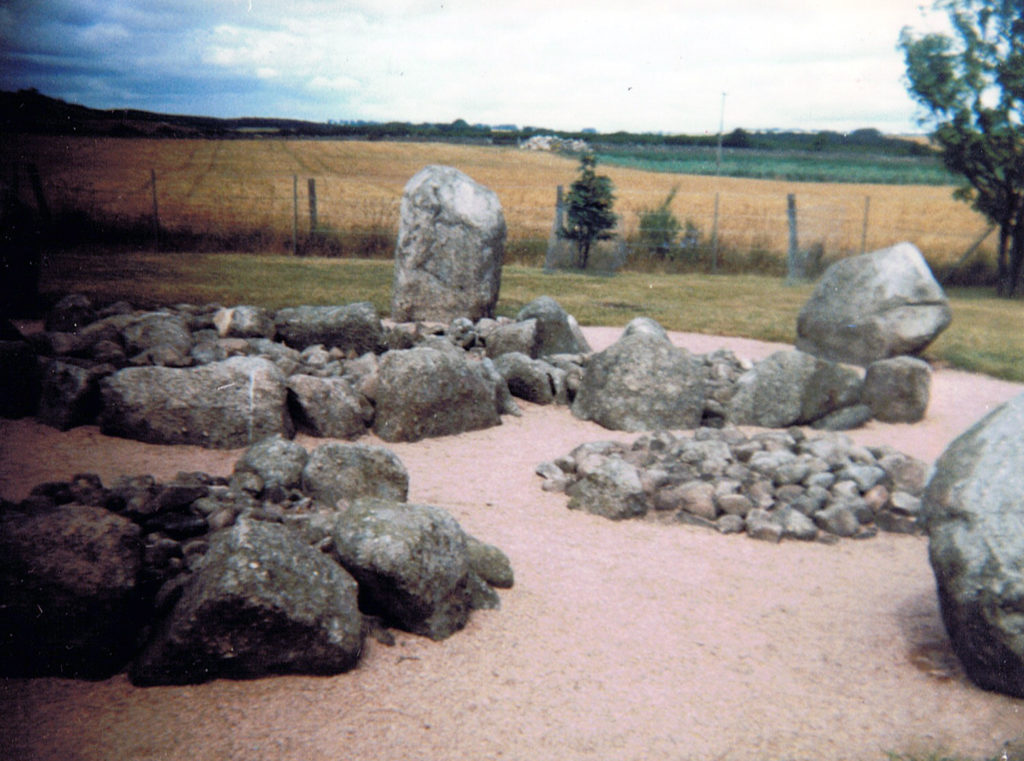 I actually don’t have many strong memories of the visit except that the circle was quite small and a bit too neat and tidy for my liking! 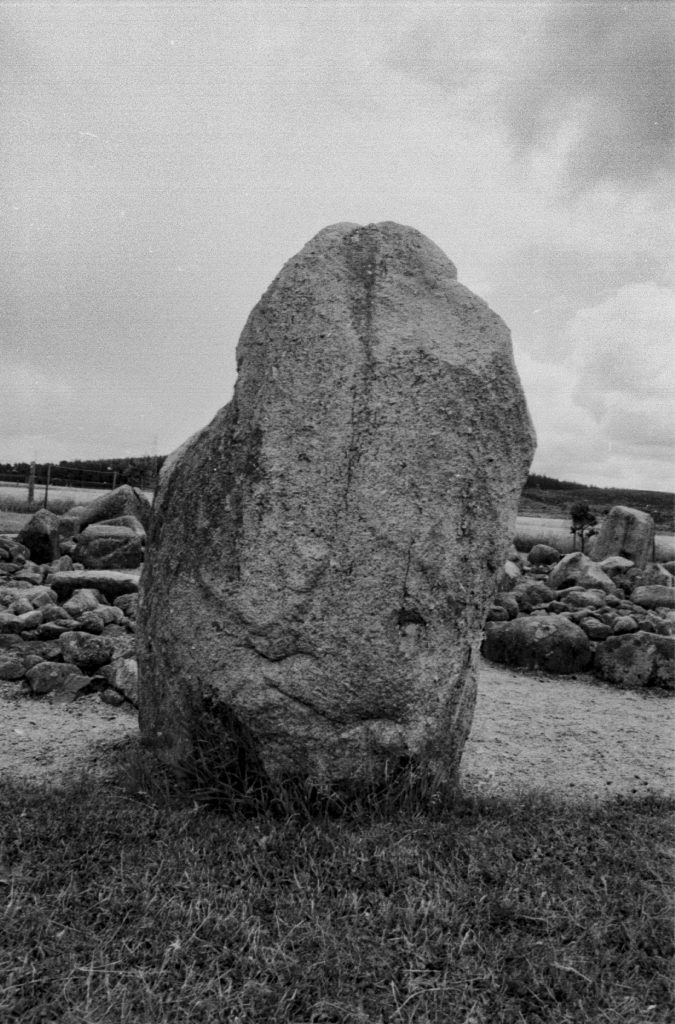