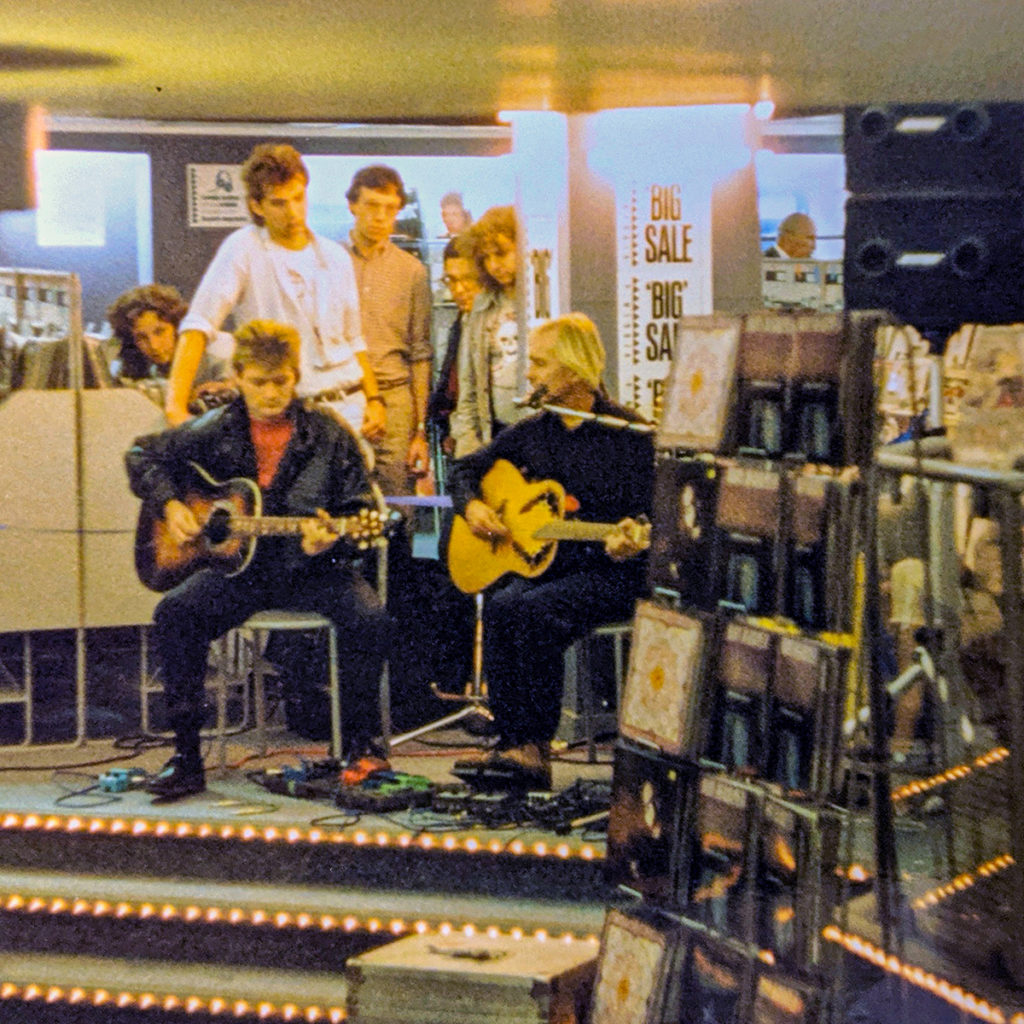 I had just got back from my honeymoon in Morocco with my first wife when we discovered that Roy Harper was appearing in the Virgin Megastore in Oxford Street, London. He was going to play a couple of songs and then he would be signing copies of his new live album, In Between Every Line. 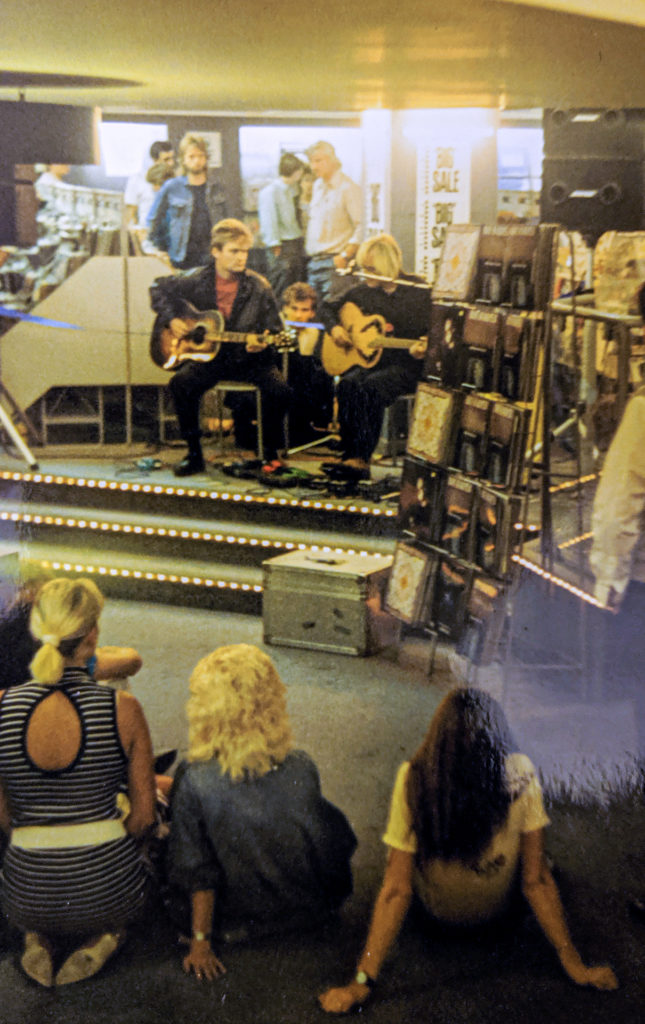 His son Nick turned up as well and they played a couple of songs, I’ve been told it was Highway Blues and Hangman but I really don’t remember. Afterwards he went behind the counter was was signing the LPs with a gold felt tip pen. I remember while I was waiting I got talking to Jacqui, Roy’s girlfriend at the time, who had spotted my Co-operative Bank cheque book and was asking me questions about their ethical policy!! 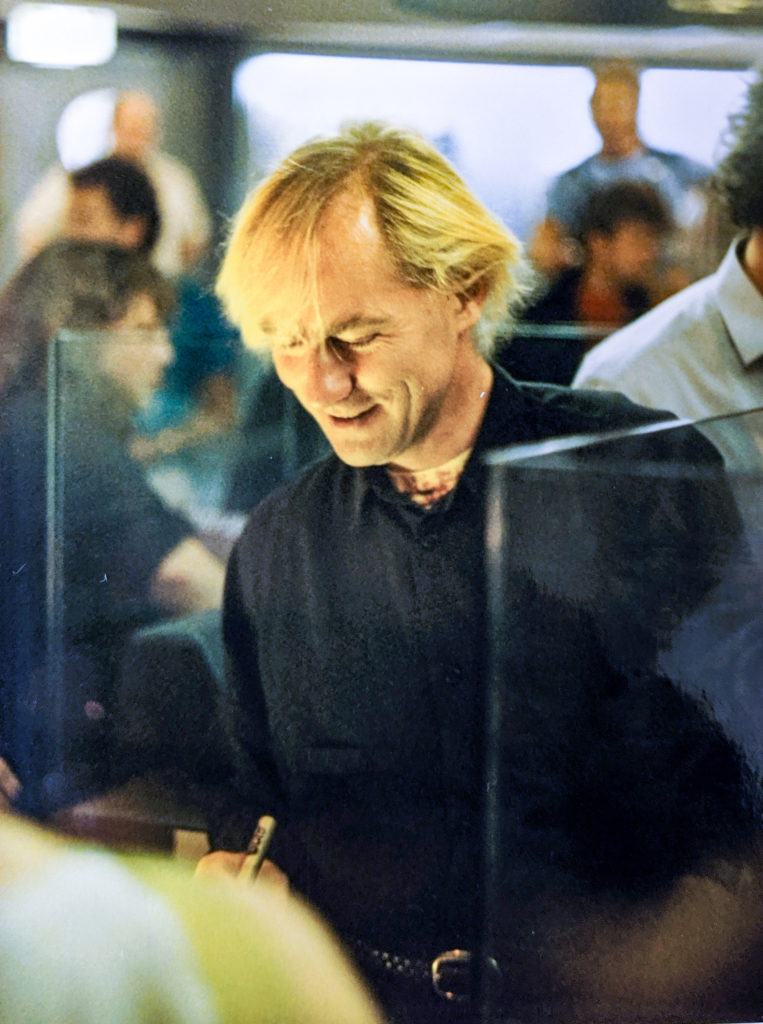 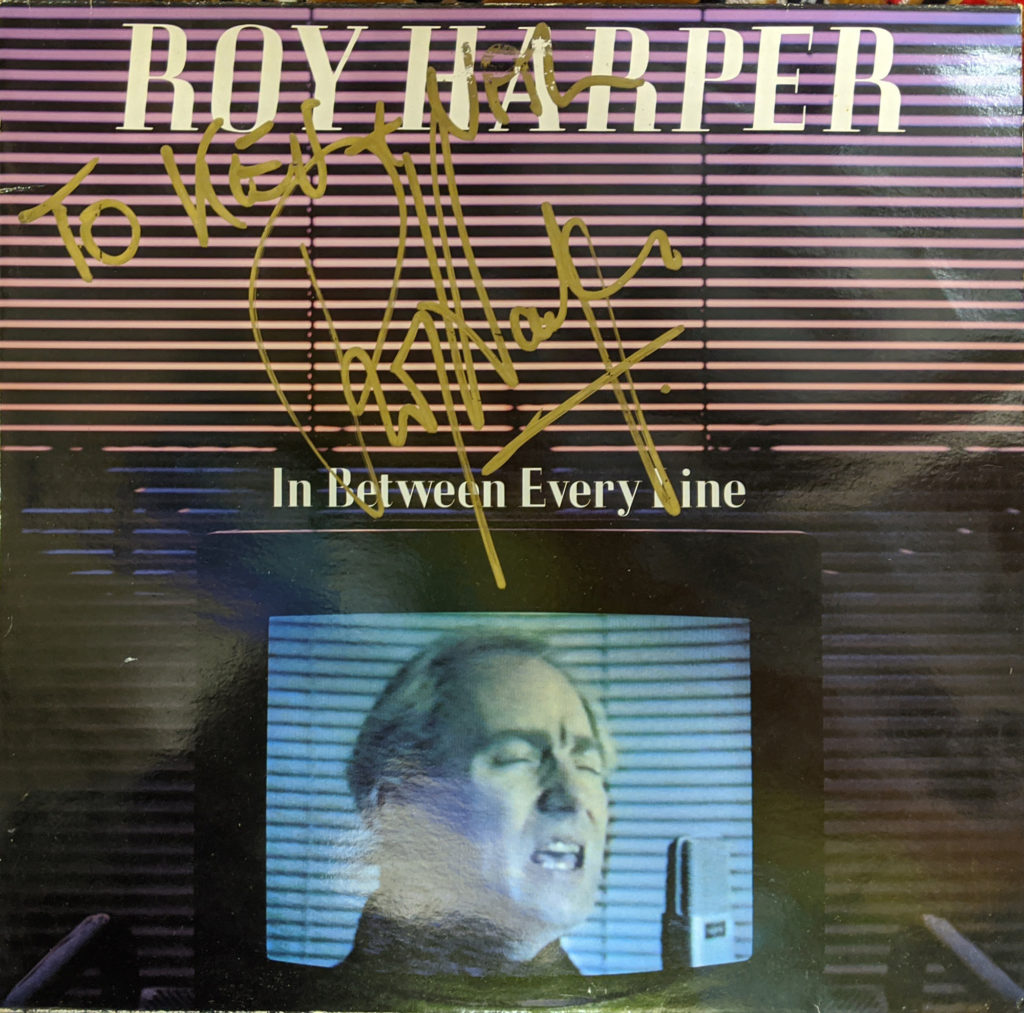 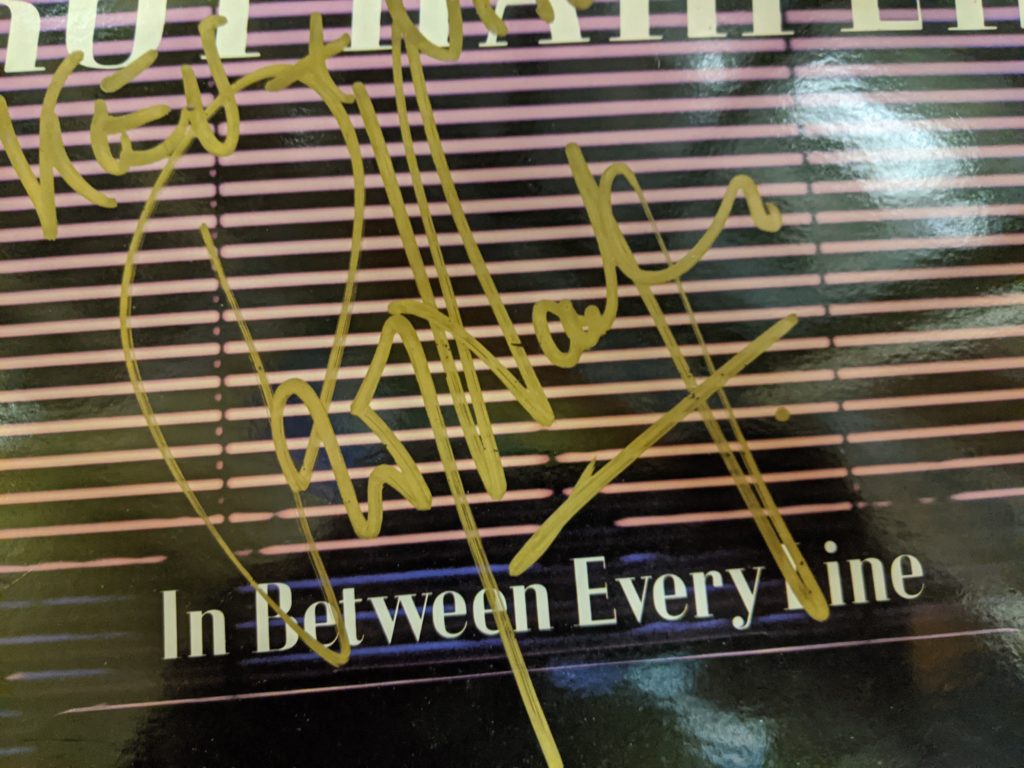