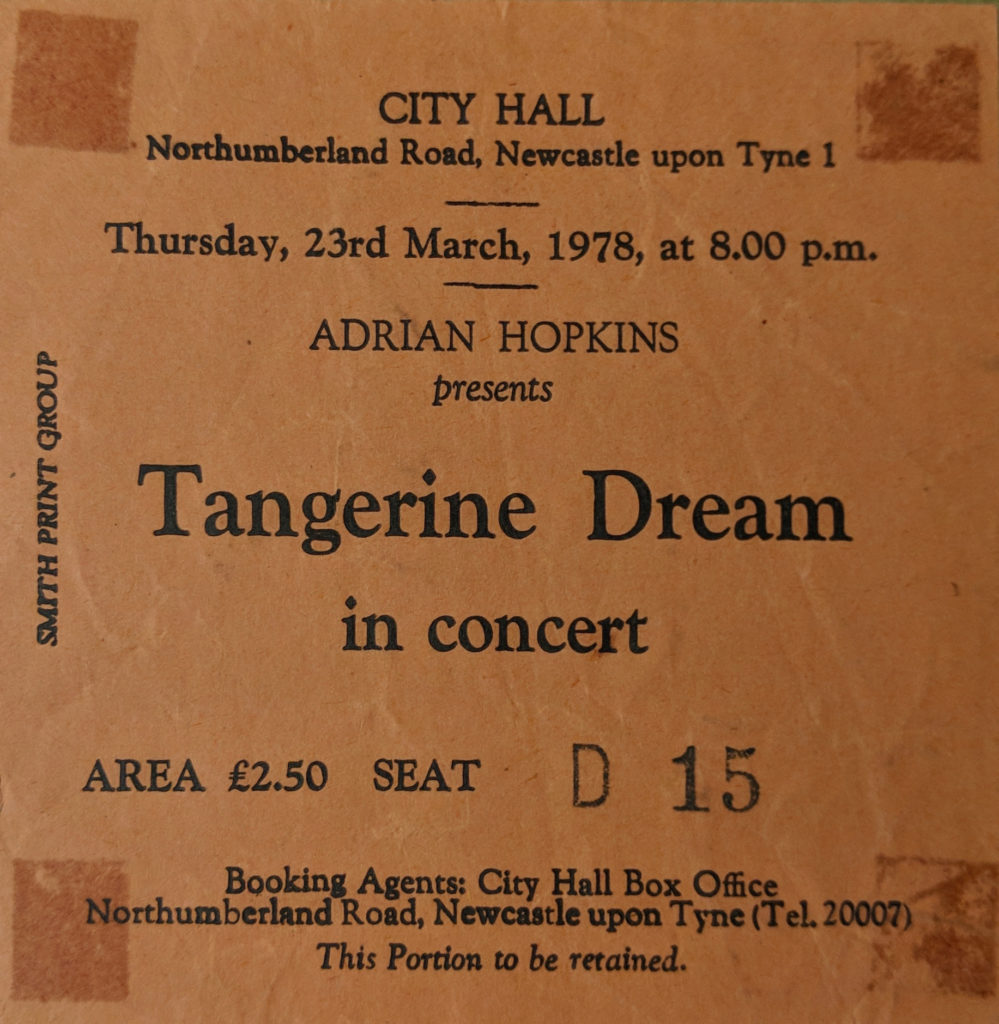 Don’t get me wrong I really liked Tangerine Dream at the time – we used to hear them a lot on one of the local radio station’s rock programmes – Keep on Truckin’ and I was really looking forward to going to see them when they came to the City Hall especially when it was announced that they had this fantastic laser show with them.

This was apparently a Laserium light show which were produced live by a “laserist”. The Laserium projector (from the tour programme) “uses a one-watt Krypton gas laser as its light source, and refracts the tiny beam into four primary colors which travel through a series of optics to emerge as laser snowflakes or cloud formations suspended in space. This Laserium projector was especially designed for Tangerine Dream, and the custom made rear projection screen enables the live laser images to appear three-dimensional.” – sounds good eh?

In the end all we got was a load of coloured squiggles projected onto a rear projections screen behind the band who were mostly hidden behind equipment while they played some very one dimensional music! That is how I remember the evening, that and being a bit bored by it all!

While putting together this page I managed to find a recording of the evening and it has done nothing to change my memory of the night – very plodding music with hardly any dynamics – what became known as ambient I guess! Anyway you might disagree when you give it a listen!