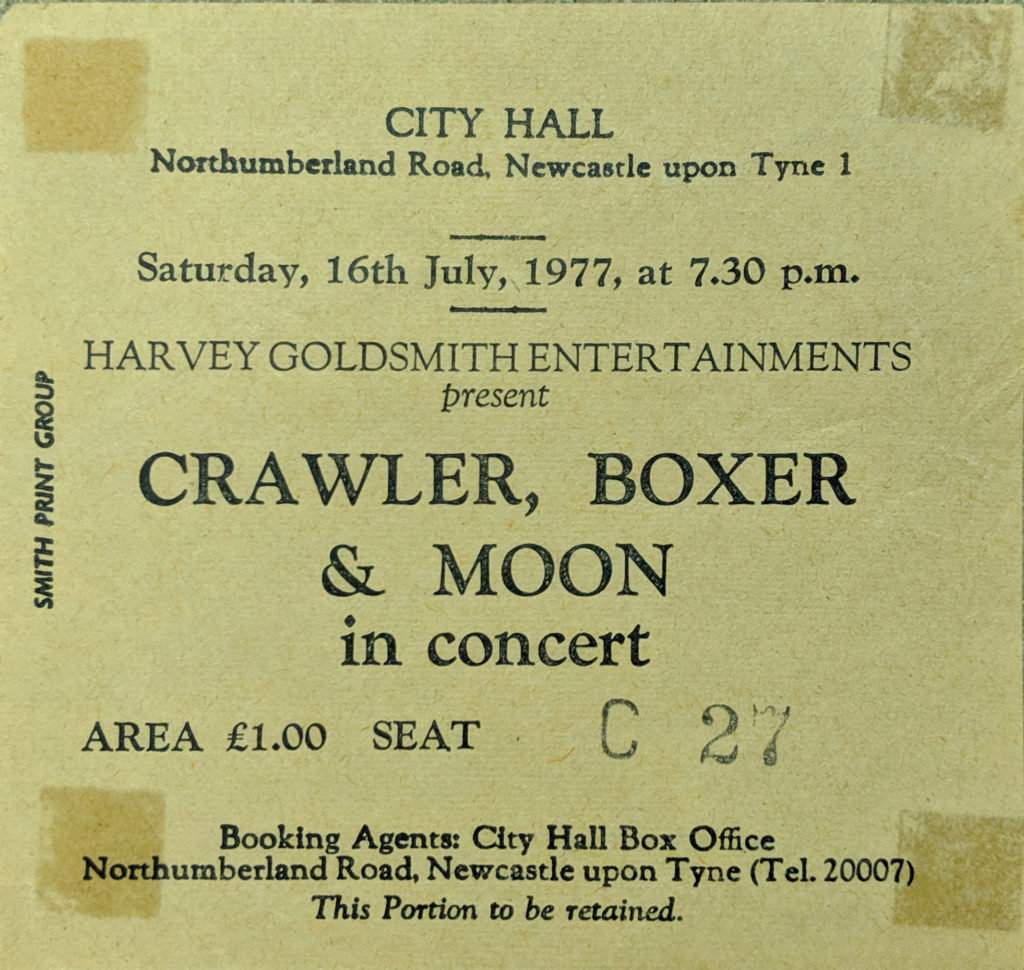 This was a package tour for 3 bands signed to Epic records. The tickets were only £1 each and you were given a free single with one track from each of the bands – the flyer said if you were in your seats by 7:30 (presumably to make you watch all the bands) but I’m sure they were sitting on the seats when we went in and that there were lots of unclaimed ones at the end of the evening and I’m sure we took a few away with us. 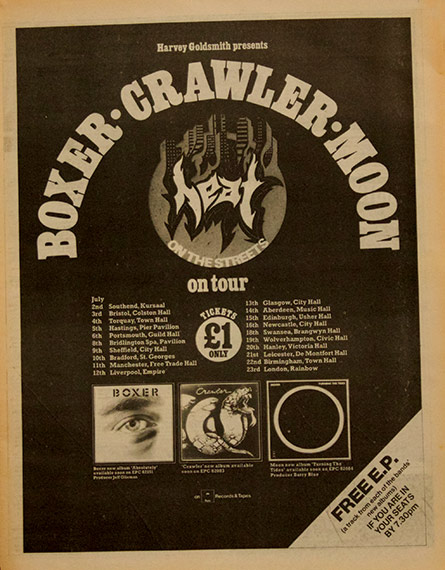 I don’t know if we had heard of any of the bands before we went but you couldn’t really complain for £1. We may or may not have known that Crawler were originally Back Street Crawler which was Paul Kossof’s post Free band – we may have done because Free were very popular in Sunderland especialy given they had recorded some of their live album at the Mecca in 1970 (sadly well before my time) 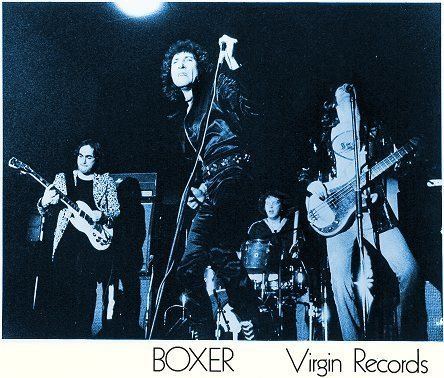 Moon were a funky rock band that played first – I don’t remember a lot about them – they opened the show (not sure if the running order was the same each night or if they switched it round) next up was Boxer which was a band lead by Mike Patto. He had previously had his own band called simply Patto and I think he was briefly in Spooky Tooth. Boxer released 3 albums on Virgin and Epic before Mike sadly died in 1979 from leukemia. my overriding memory of the band was Mike doing a weird dance during some of the songs! 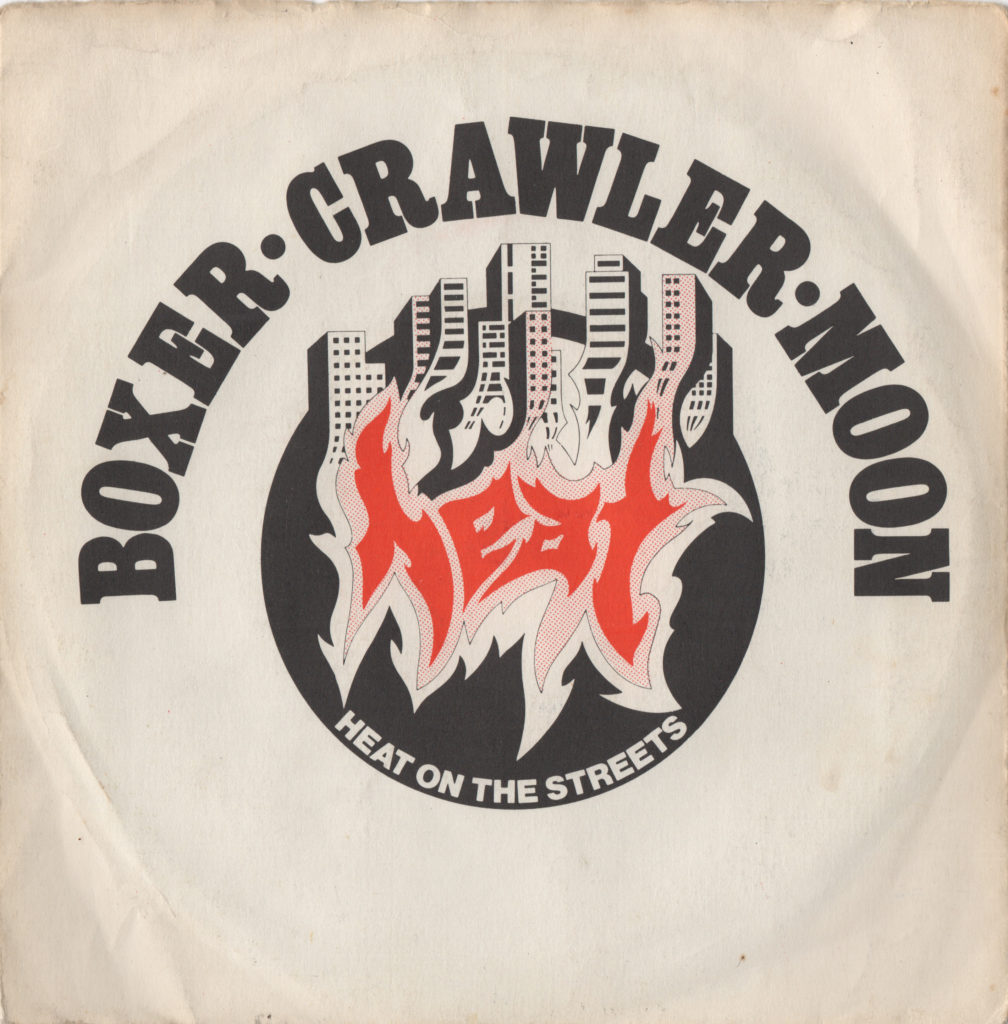 The final act were Crawler who at the time were probably more to our taste than the other two bands. The lead vocals were taken by local lad (although again not sure if we knew this at the time) Terry Wilson-Slesser, Geoff Whitehorn played guitar (I don’t know why but I’m sure it was a black Les Paul) and the keyboards were tinkled by John ‘Rabbit’ Bundrick who of course played with Free and went on to play with the Who! Crawler were the only band that I went on to buy an album by! 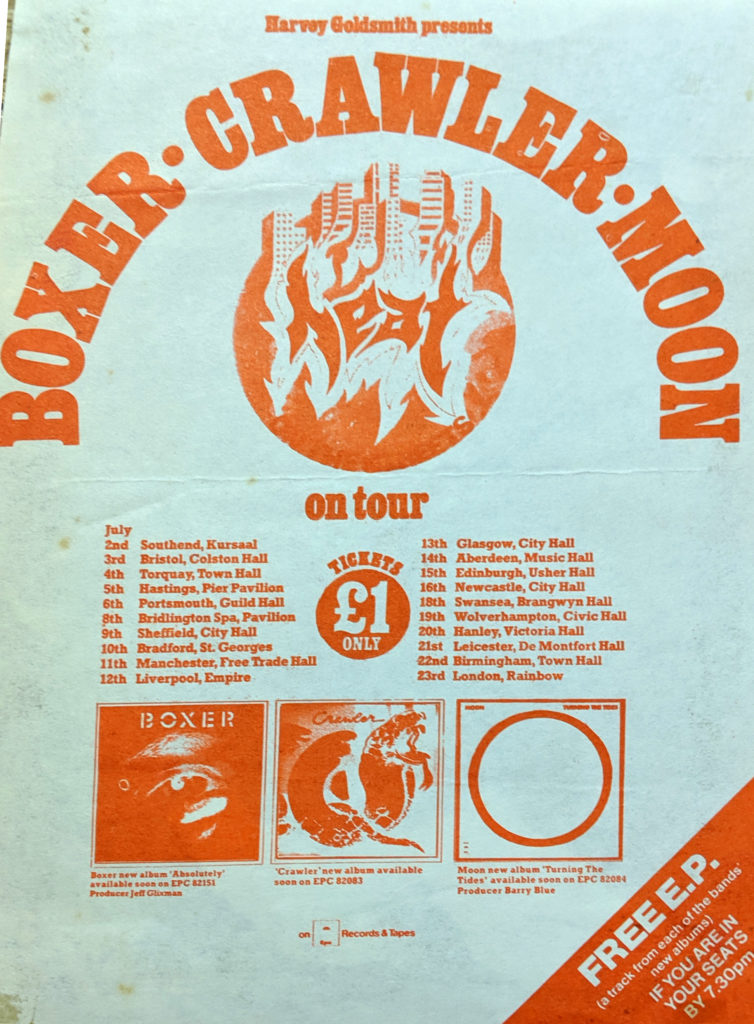 It must have been an enjoyable night because all of us that went still remember it to this day and I think most of us still have the free single!

I found this clip of Crawler from around the same time

Footnote! All the other pictures of tickets from this night I have seen are pink, I have no idea why mine is blue!