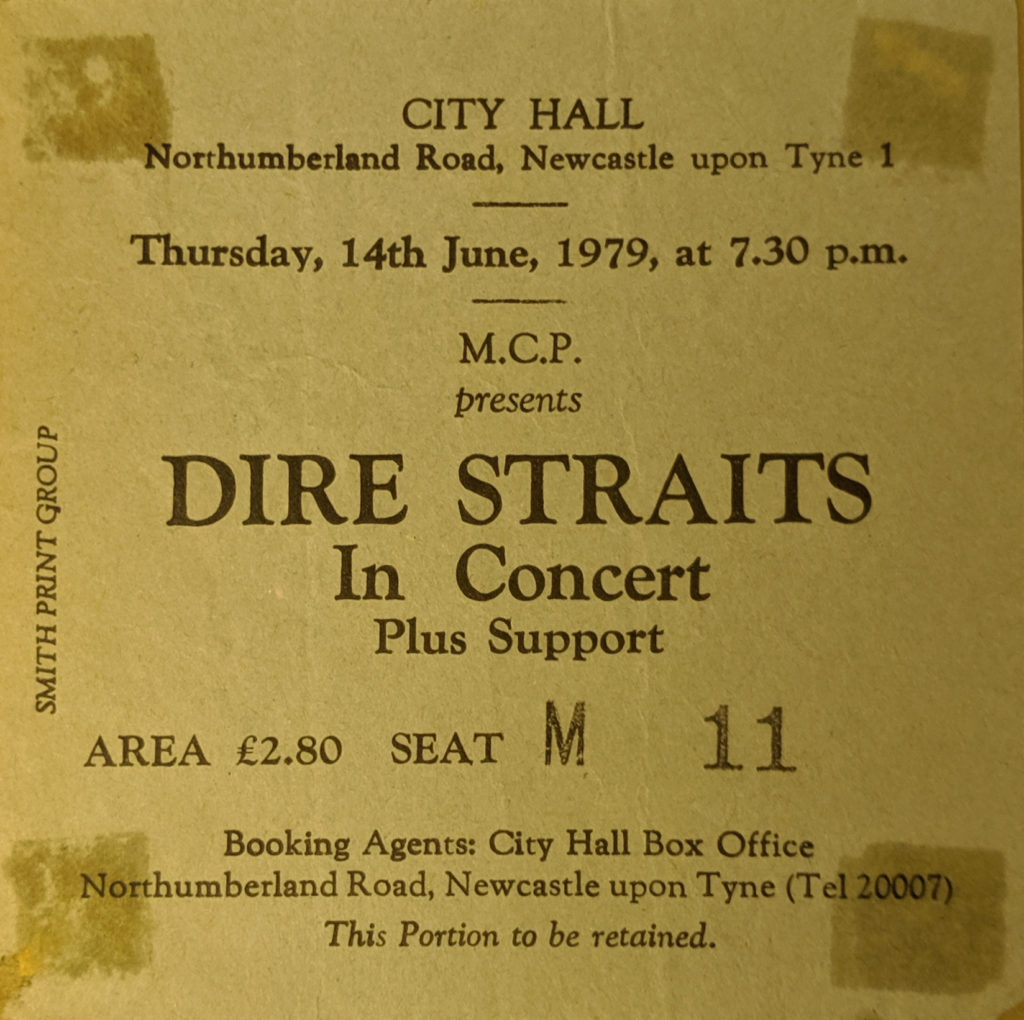 This was the second time I saw the band after seeing them at Newcastle Poly the previous year. They obviously become a lot more popular since the last tour and had moved up to playing the City Hall. they had also released a second album Communique which the show featured tracks from. I remember when they started to play Where do you think you’re going off the new album I cheered as they played the opening notes but I must have been the only person who recognised it! 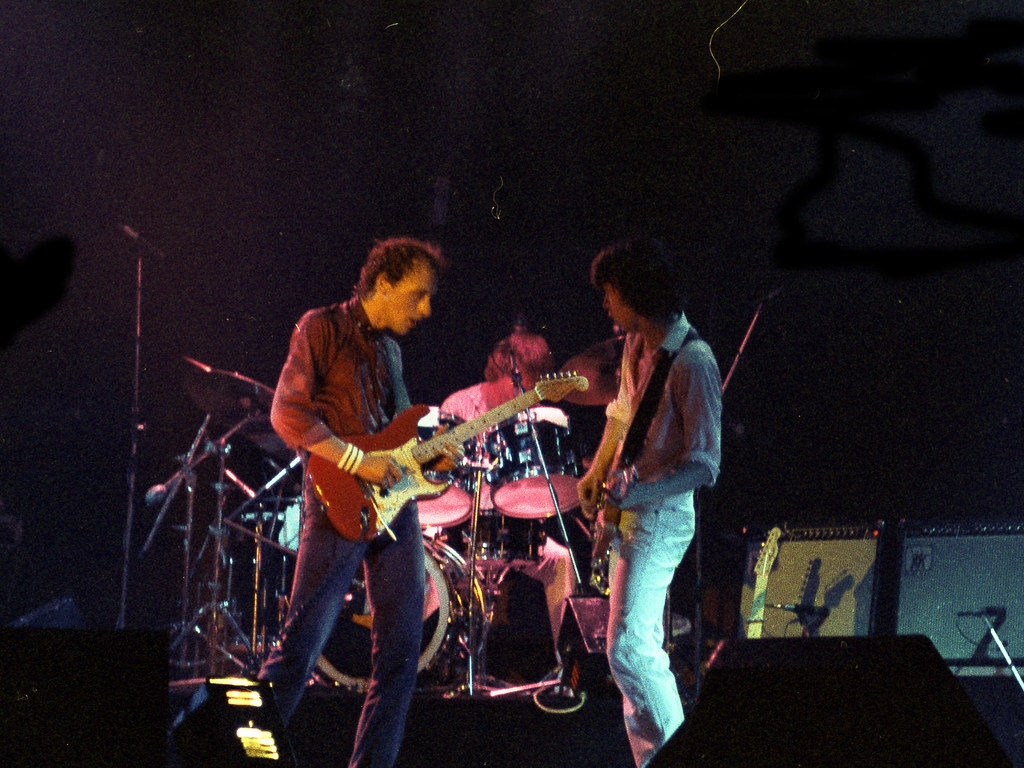 I took my camera along but it seemed like the band were lit with red lights for most of the night which doesn’t work very well on camera and Mark Knopfler had very bright lights pointing at him which made his face bleach out on a lot of the photographs. It was probably the beginning of his Prima Donna stage – still pre-headband stage but as you can see he was already wearing the sweatbands on his wrists! 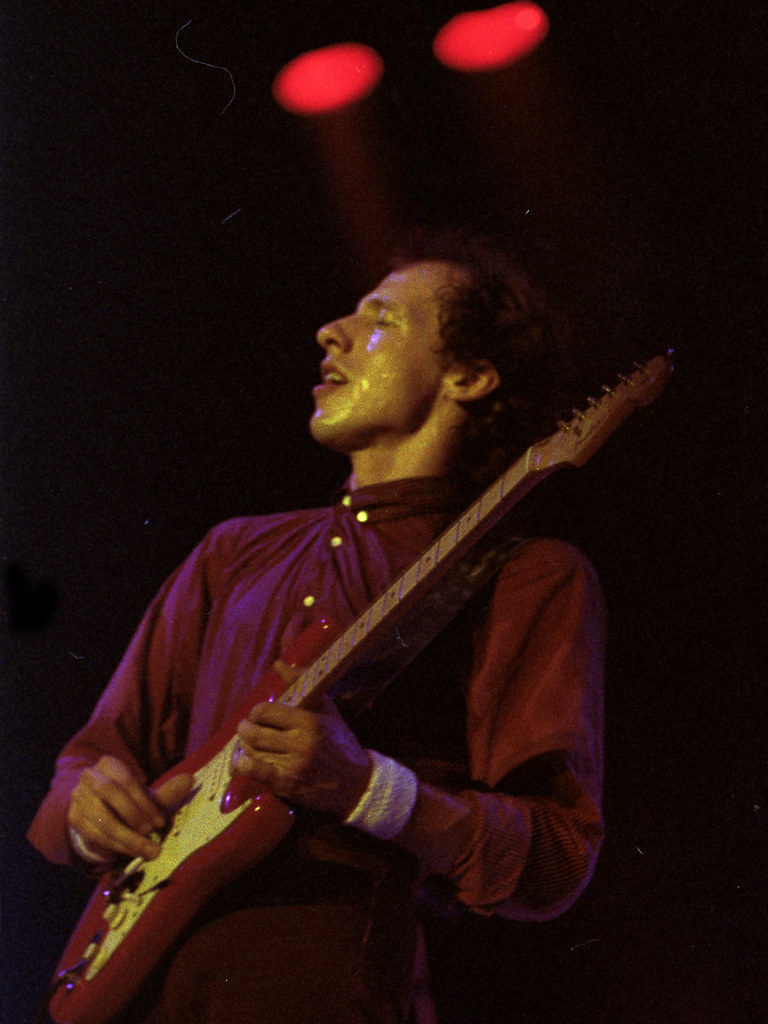 Setlist from following night was:

Down to the Waterline
Six Blade Knife
Once Upon a Time in the West
Lady Writer
Single-Handed Sailor
Water of Love
In the Gallery
Follow Me Home
News
What’s the Matter Baby?
Lions
Sultans of Swing
Wild West End
Where Do You Think You’re Going?
E
Setting Me Up
Southbound Again 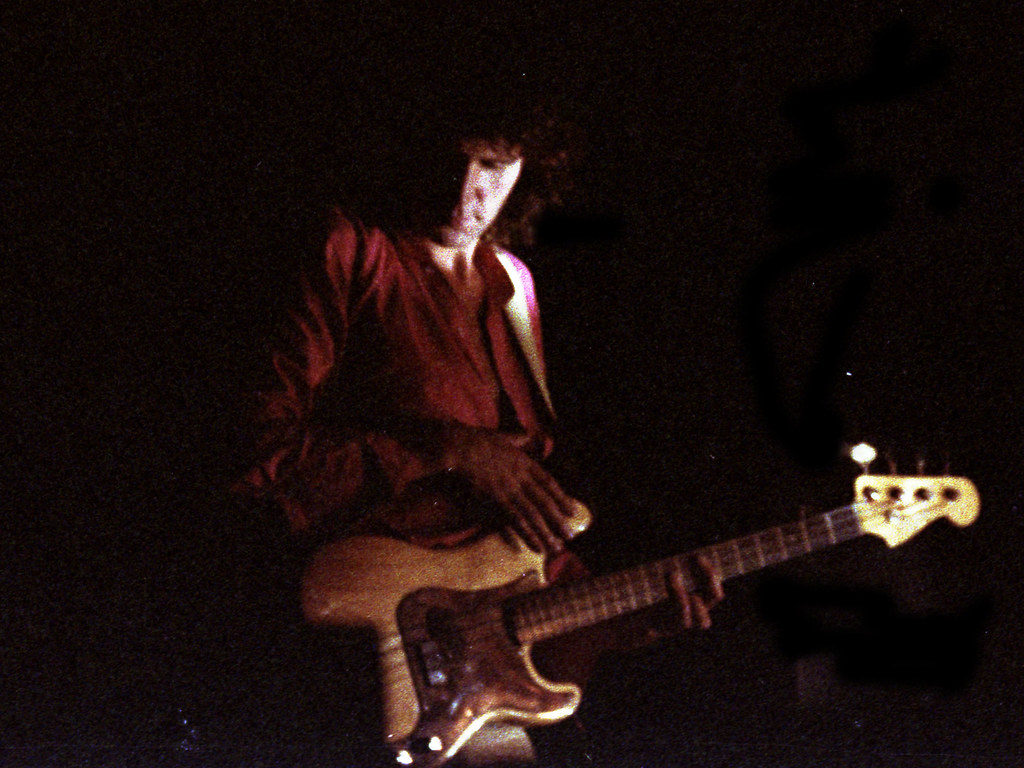