By mid afternoon I’m in East Grinstead setting up to film the 20th anniversary concert of a 70’s tribute band Flairz. My workmate Keith knows the lead singer and had got a few of us together to film it for them. We borrowed some equipment from work and Tony (the other cameraman) and I brought some cameras along (his were better than mine!) and we set about filming it with a total of 7 cameras around the theatre.

A few weeks before the gig I had blogged about a book I bought at a charity shop which was complaining about the Abbafication of the 70’s and in some ways the band are the personification of that trend. I do wonder if the range of music played would reflect the actual tastes of people in the 70’s – for example they played tracks by both Shaowaddywaddy and Queen plus stuff by Mud, T-rex and even the Osmonds! It’s like they’ve put the 70’s into a blender and this is what came out (after they’ve sieved out all the strikes, power cuts and unemployment of that era!)

Anyway the audience seemed to enjoy it which is the main thing and the shoot went well despite a couple of tapes running out just before the end of each set. Looking forward to editing it. We packed it all away and loaded the stuff into our cars and headed home. Just before we left I was given £50 which was quite unexpected and the second time this year I’ve been paid for something I would have done for noothing, can’t be bad! It was just after I got onto the M25 that I realised I hadn’t eaten since Brunch at 11 so I stopped at the services for a McDonalds – god the service was awful, only one person serving – not exactly fast food!

Here’s a clip from the video we made

Flairz – Wigwam Bam from Shed on the Web on Vimeo. 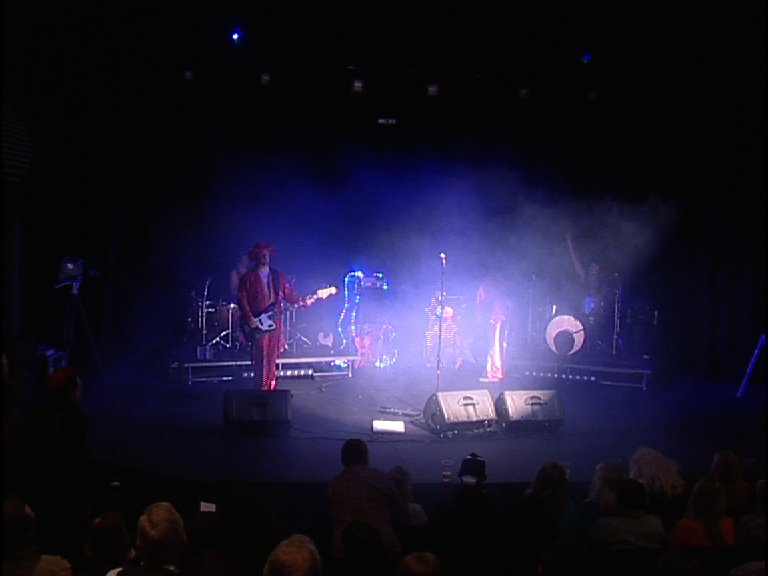