This was probably the only event that we went to with all four of the girls! 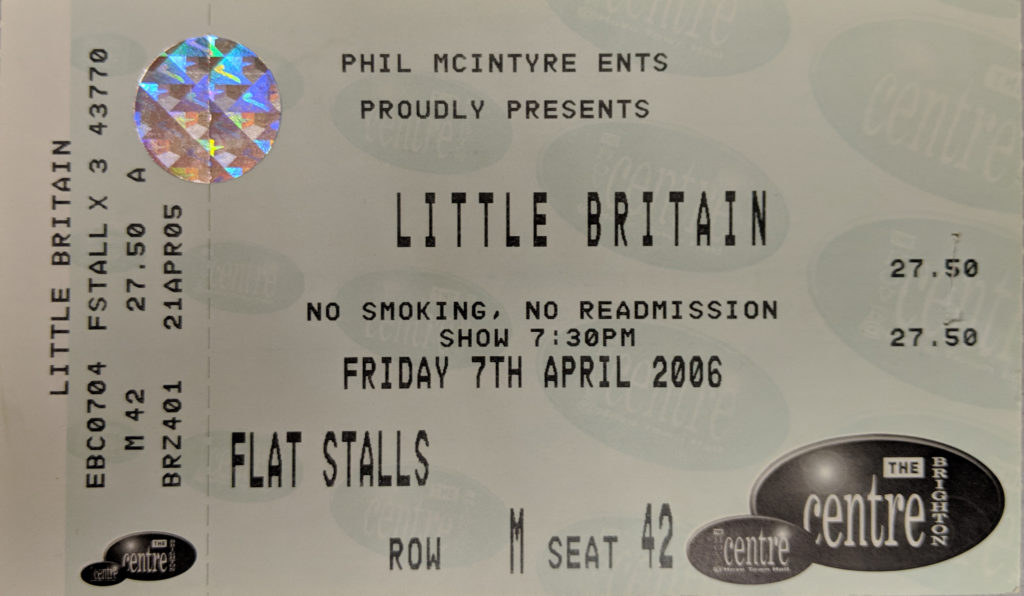 We went to see Little Britain  at the Brighton Centre. We bought the tickets almost a year previously and it was well worth the wait. We had great seats – just off centre 13 rows back which meant that we could clearly see their faces which added to the enjoyment.

Despite having been on tour for almost six months already David Walliams and Matt Lucas were still clearly enjoying themselves parading their series of bizarre characters in front of a live audience. And what a list of characters – Andy & Lou, Marjorie Dawes, Vicky Pollard, Dafydd, Sebastian and Emily Howard all come to life in front of your eyes. It was obvious that some of the characters were more popular than others due to the reaction of the crowd.

The show was two hours of sketches in front of a huge screen which projects the backgrounds and videos that fill the gaps while they change costumes. The props slide on and off on rails while the voice of Tom Baker introduces the next sketch “…in the village of Cuntington” cue laughter… he then interjects again and says “it’s alright it’s spelt with a K”. 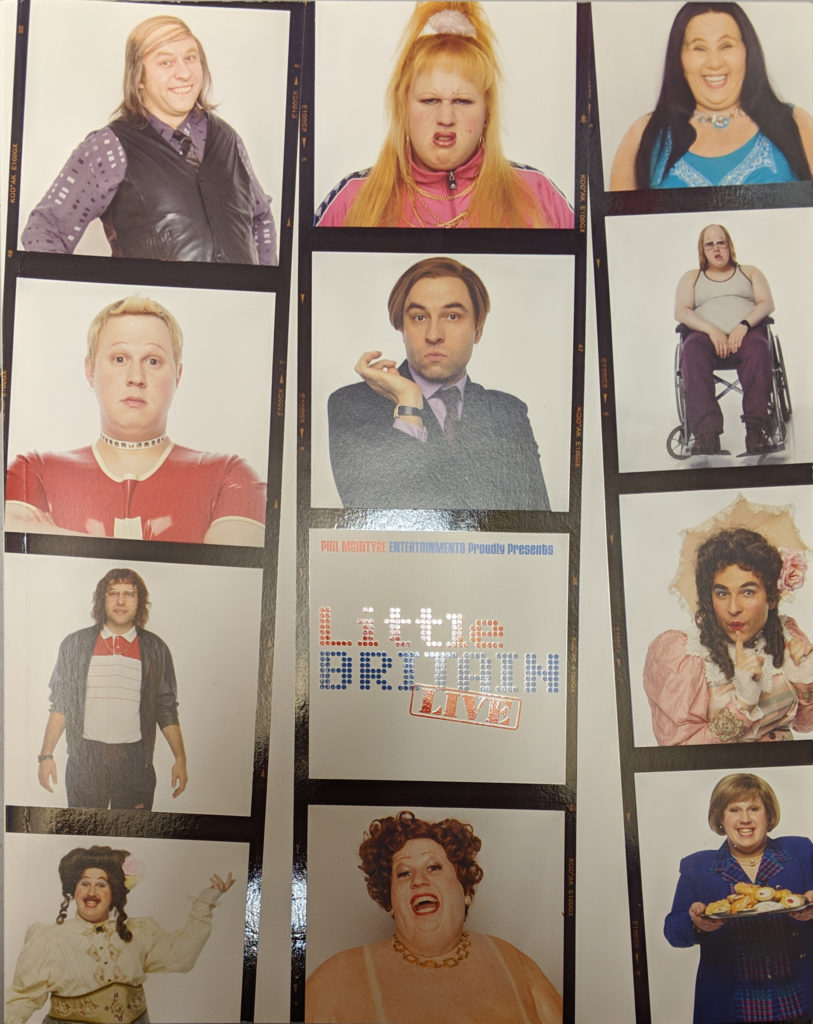 There are so many highlights that you’d struggle to pick your favourite bit but if you twist my arm I would pick David Walliams as Sebastian stripped naked with his knob stuffed between his legs bouncing around the stage shouting “look Prime Minister I’m a girl” ah classic comedy!

Ad libs and cock ups abounded but only added to the fun – Andy fell up the stairs running back onto the stage and this incident was mentioned by Kenny Craig and Marjory Dawes later in the show. Roy was asked by Mr Mann “Is your moustache really faulty or are you hiding a laugh” “I hate you” replied Roy!! Dennis Waterman mused about why a bee was bigger than a dog and what the real Dennis Waterman would do to them if they ever met him. When he was told he couldn’t write and sing the feem toon the audience went “awwww” and he shouted “don’t you patronise me”.

There were great special effects Maggie puked, the incontinent grannie pissed, Ray McCooney played his pipes and talked of the magic tellybox with mischievous sprites that came out and cavorted while you play with your magic wand!! The jokes just kept coming until the grand finale with Daffyd’s song I’m Gay with lines about burgling turds and packing fudge!! Thankfully a lot of it went over the head of Sarah’s youngest who at 10 was probably the youngest member of the audience.

Very few of the supporting actors from the series are on the tour – no Myfanwy or Anthony Head (who was too expensive) – Paul from Fat Fighters being one of the few – but on two occasions audience members were dragged onto the stage. Des kaye brought up two people to play “hide the sausage” before trying to shag a poor Australian!! Marjory Dawes came looking for a new member for a on stage weigh in. She got to the end of our aisle and my kids were trying to get her to pick me. In a classic couldn’t care less moment she asked one of two large ladies behind us if they would like to come up. When they said no she said “I suppose just coming out tonight was humiliation enough”

Pictures from the live show can be found here