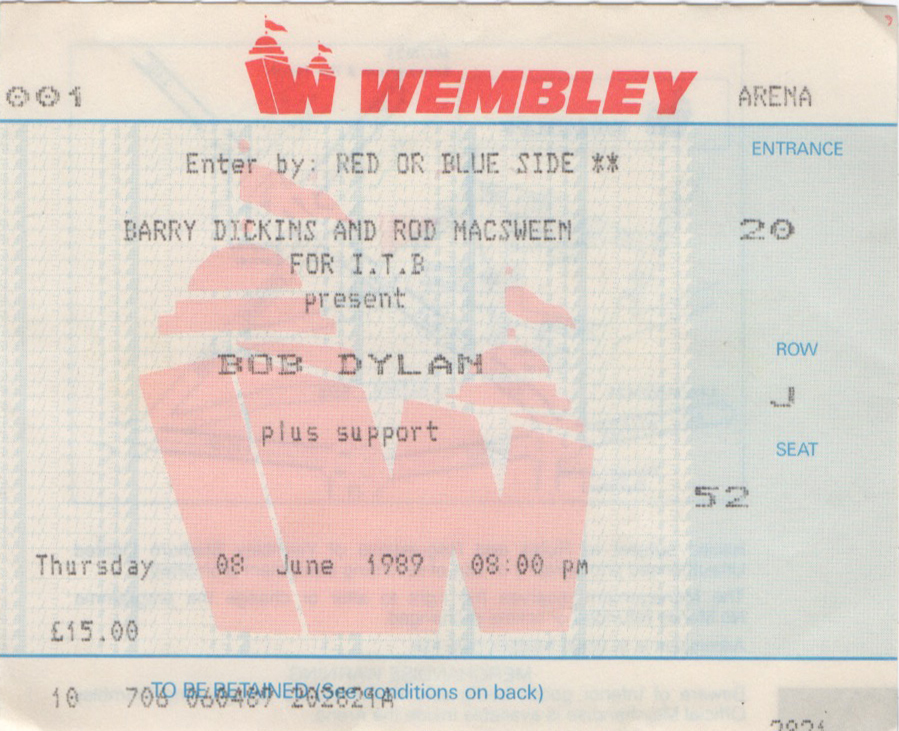 This was an odd one because Dyal usually played quite a few nights when he came to the Uk but on this occasion he only did a couple of shows (London, Birmingham and Glasgow). we got tickets for the London show but they were quite a way back from the stage. I also recall thatthe sage was quite dimly lit and that for most of the evening we were trying to work out if it was Dylan’s hair we could see or if he had a headband or furry hat on!

Edie Brickell and the New Bohemians were the support making up for not getting to see her earlier in the year. This was the last time I saw Dylan in a big venue until the Brighton gig in 2002

Subterranean Homesick Blues
When Did You Leave Heaven?
Ballad of Hollis Brown
Simple Twist of Fate
All Along the Watchtower
Stuck Inside of Mobile With the Memphis Blues Again
Barbara Allen
It Ain’t Me, Babe
The Lonesome Death of Hattie Carroll
Boots of Spanish Leather
Silvio
In the Garden
Like a Rolling Stone
E
One Too Many Mornings
Knockin’ on Heaven’s Door
Maggie’s Farm