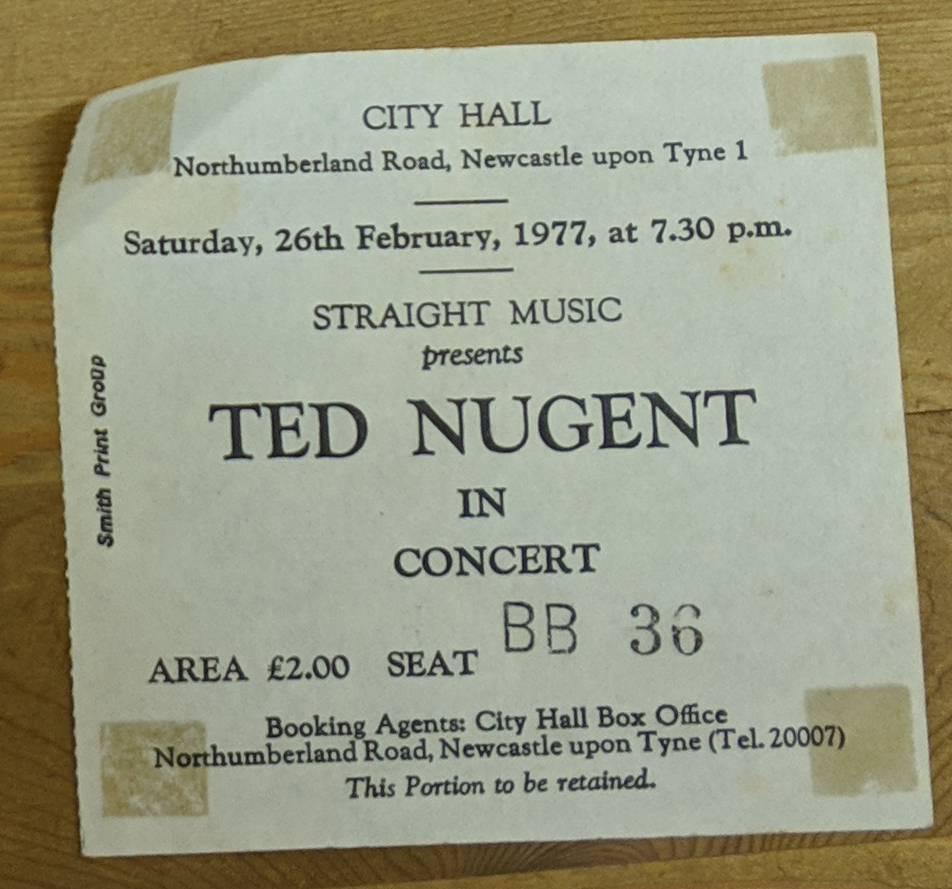 In early 1977 I got to see Ted Nugent at Newcastle City Hall . This was my third proper gig and despite what Ted eventually turned into it was a damn good rock show with Ted rampaging around the stage and playing songs like Dog Eat Dog and Free-for-all. At the end he left his guitar propped up against the amps feeding back like crazy before running back on and hitting the strings with his hand! 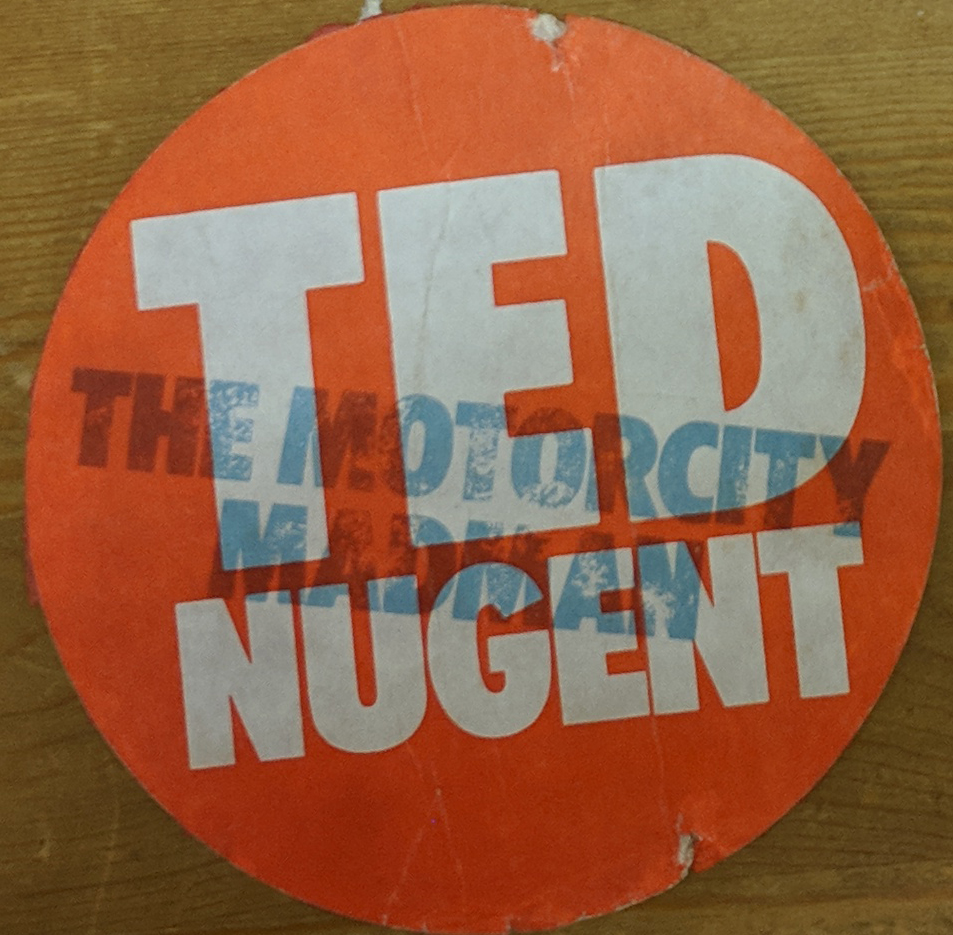 This was before the days of him only wearing a loincloth on stage or giving right wing rants but the crazy warning signs were already there! I remember an interview in the UK music press at the time where he was on the tour bus looking out at a snow covered landscape and banging on about how he could survive if the bus crashed by killing a sheep and wearing its carcass to keep warm!

It was also the first time I tried to take pictures at a gig but using an instamatic camera with a magiflash cube on top from row BB was never going to work – all I got was the backs of the heads of people in front of me! 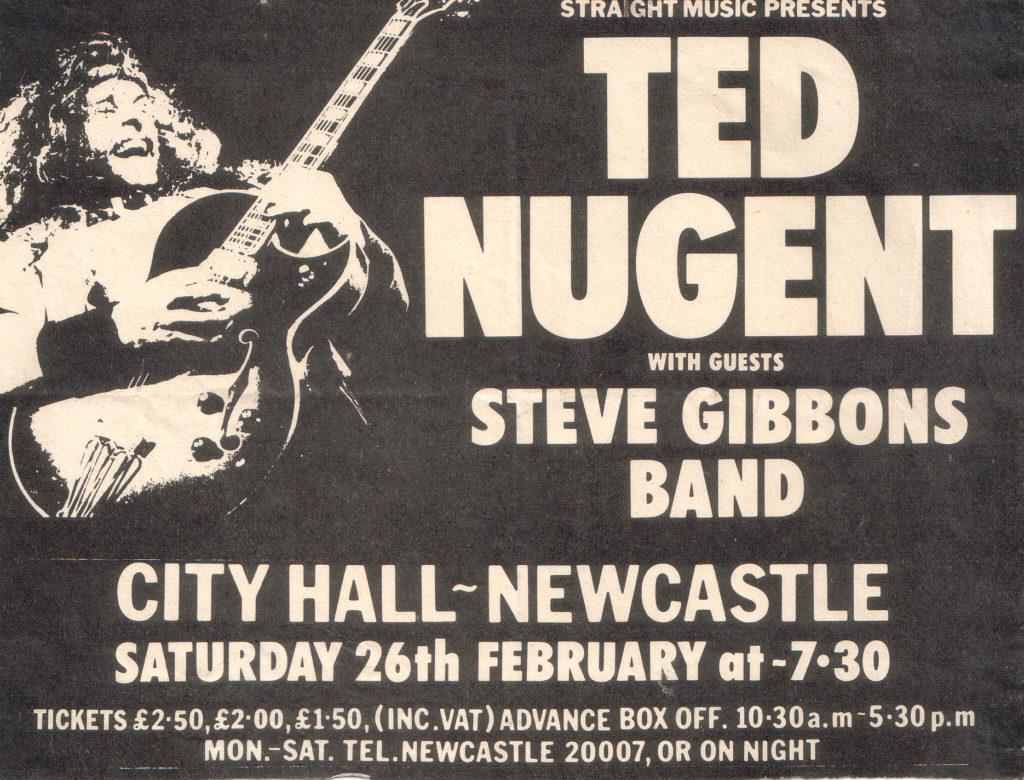 I took the tour programme into school the following day and my art teacher took it off me to have a look and read a passage out to one of the other teachers – the one where Nugent described his music as “dripping with pussy juice” before asking the other teacher if he had any idea what it meant!!!! 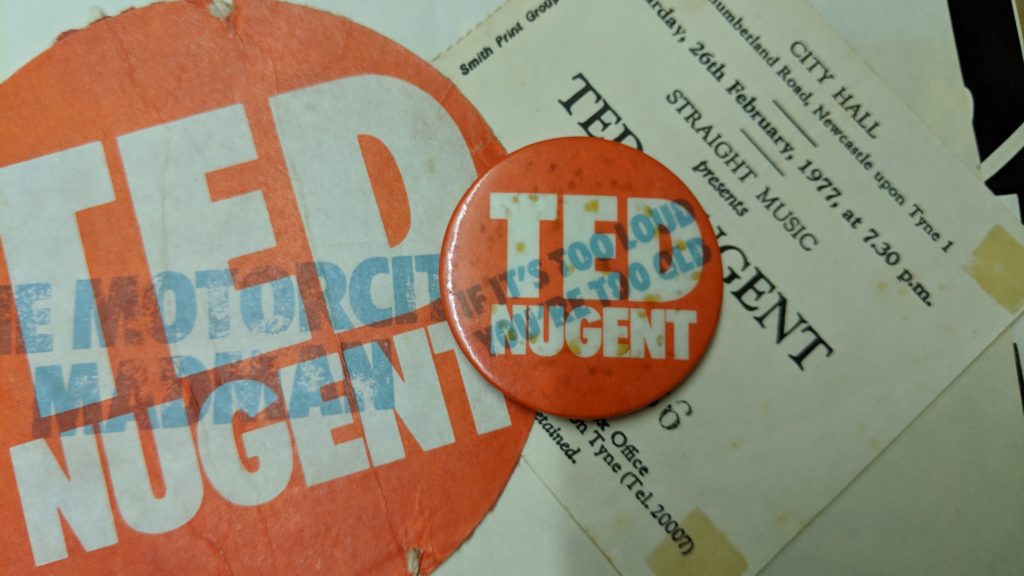