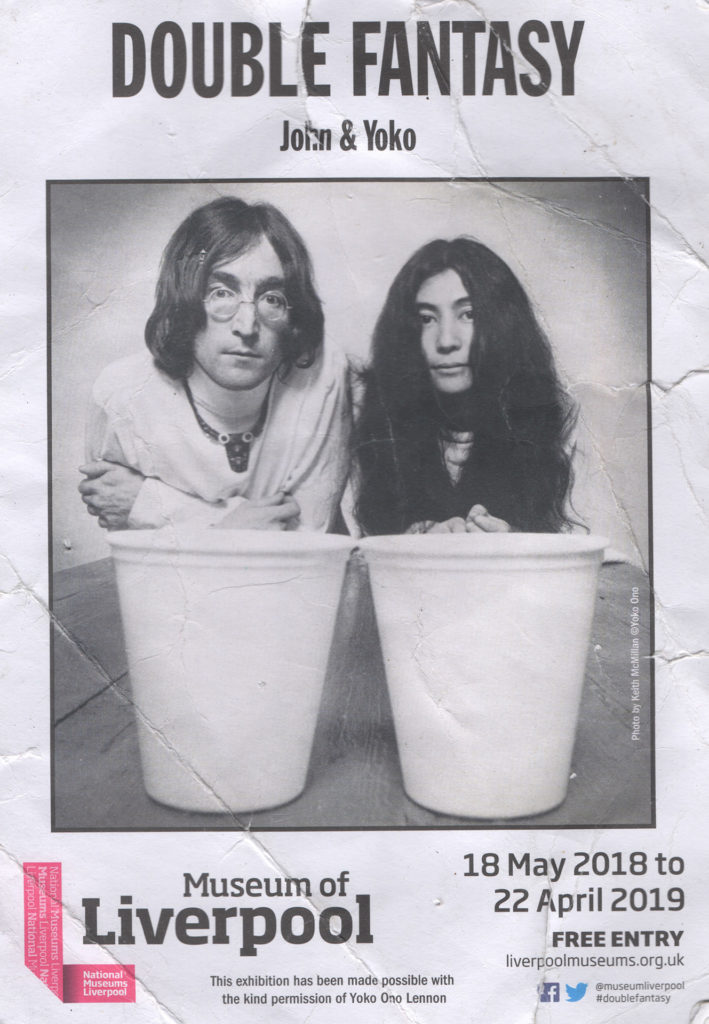 I’d been working in Liverpool and I was going to a gig in Manchester the following day so I had some free time. I’ve been to Liverpool a few times but don’t usually have any time to look around so I took the opportunity to spend the day in the city.

Once I arrived in the centre I wasn’t sure where to go first but when I looked at a signpost I discovered that the Cavern was just around the corner. I had seen on their website that they run a free tour at 10:30 but as it was now 10:45 I figured that I had missed it. However as I came round the corner there was a man talking to a group of people just outside the original door to the club so I figured that I would just tag along!

The tour was quite enjoyable if a little twee at times – apparently a band called the Beatles played there once or twice!

As the tour finished on the main stage of the current venue there was a singer starting to play on the smaller stage which is a recreation of the original stage but in a different location as the club was been changed a few times over the years. I sat and watched him for a while but again I was overcome by the tweeness of it all and decided to make a move and go somewhere else!

Outside and opposite the Cavern is/was another famous Liverpool venue Erics! I didn’t realise that this too was the Cavern at one point in its history. A little further up the street a statue of John Lennon leans against the wall!

My plan was to go to the Tate but as I walked in that direction I spotted a poster for an exhibition called Double Fantasy which was on at the Museum of Liverpool so I headed back in that direction to go and check it out!

I had a good look round – there were lots of interesting artefacts like the ladder artwork that caused John and Yoko to meet and the original signs from the Bed in for Peace. I found a room where you could go and sit and just listen to their music which was cool to get away from all of the hubbub in the main exhibition. I also enjoyed the room with the Imagine video on continuous loop!