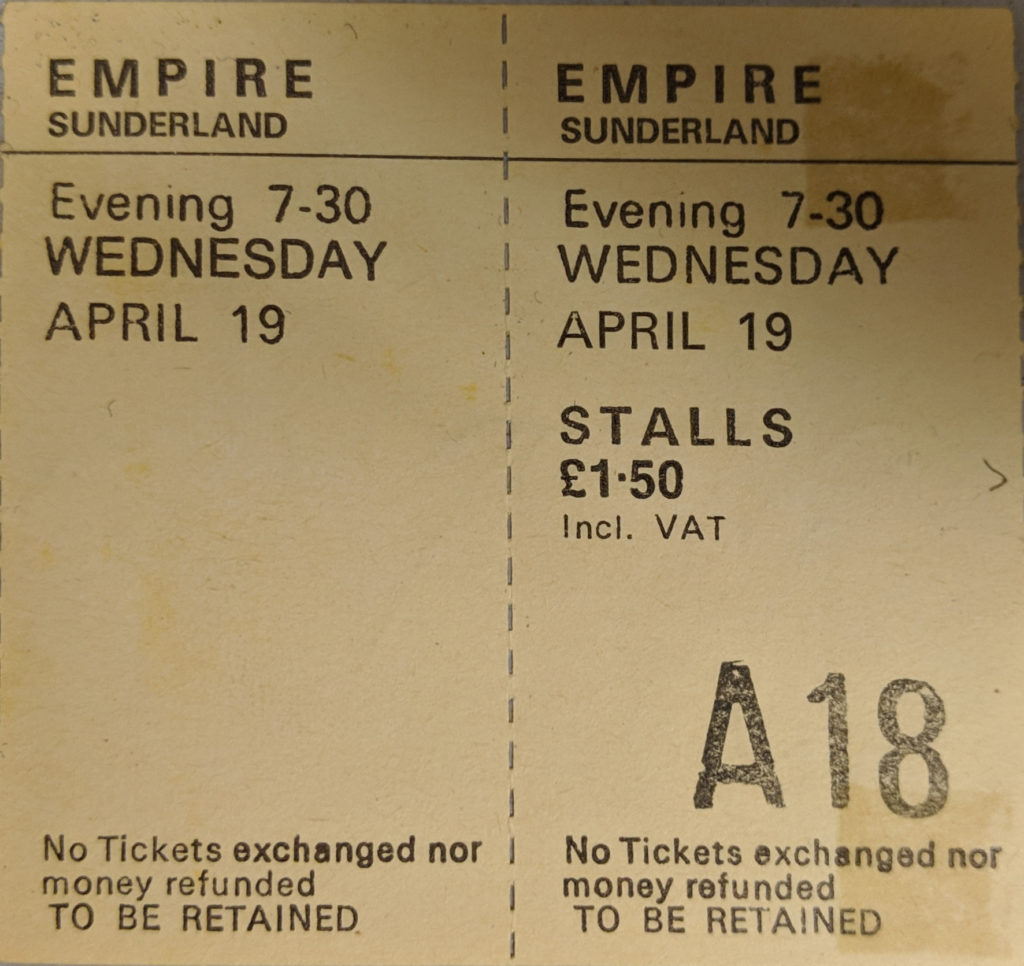 In my latter school years a new kid arrived and brought with him different musical influences one of which was folk. So when he suggested that we go and see Dave Swarbrick at the Sunderland Empire I was up for it! I seem to recall that I popped along to the box office during the lunch break of my Saturday job in Woolworths to buy the tickets. I went in and asked for two tickets and the man behind the counter said “front row ok?” – I mean seriously!

I don’t remember much about the gig – I was still getting to grips with all this traditional music stuff so I have no idea who his friends were or what they played – looking back I really wish I did know! As we left the theatre we passed the stage door and found Swarbrick standing there (probably having a cigarette) so we got him to sign our tickets 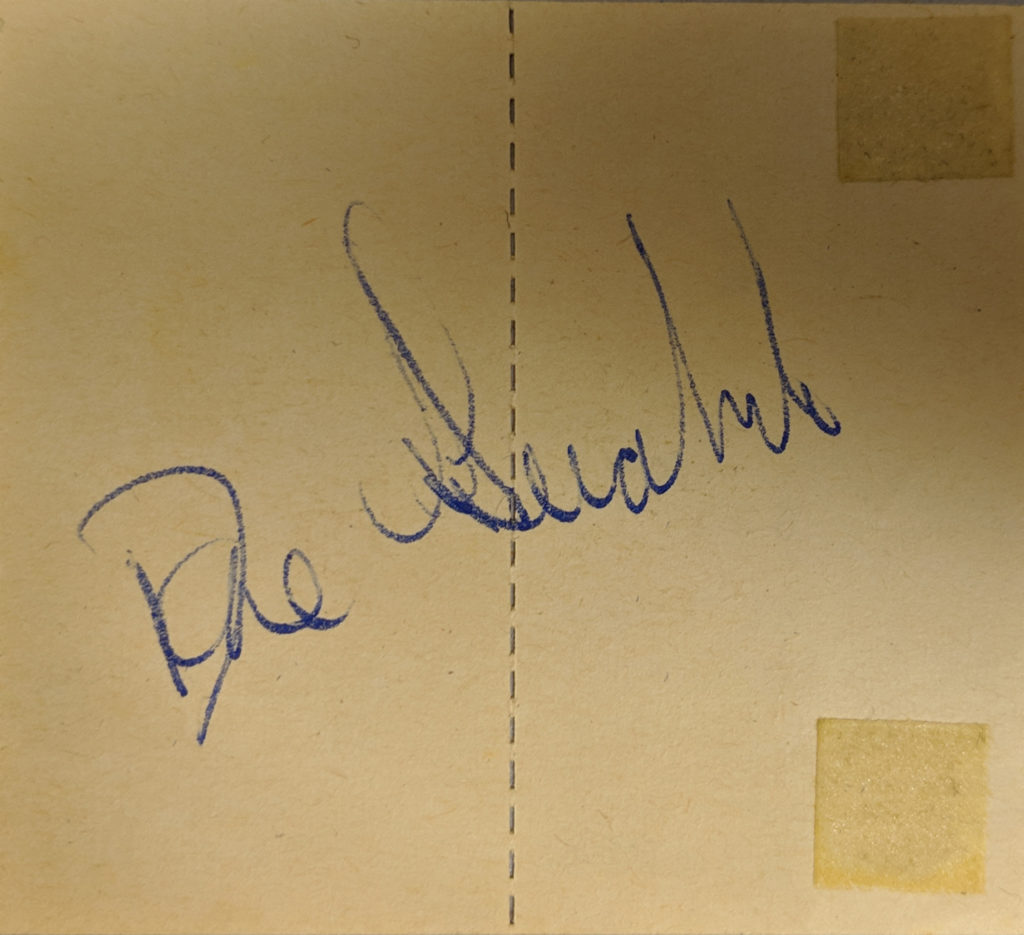