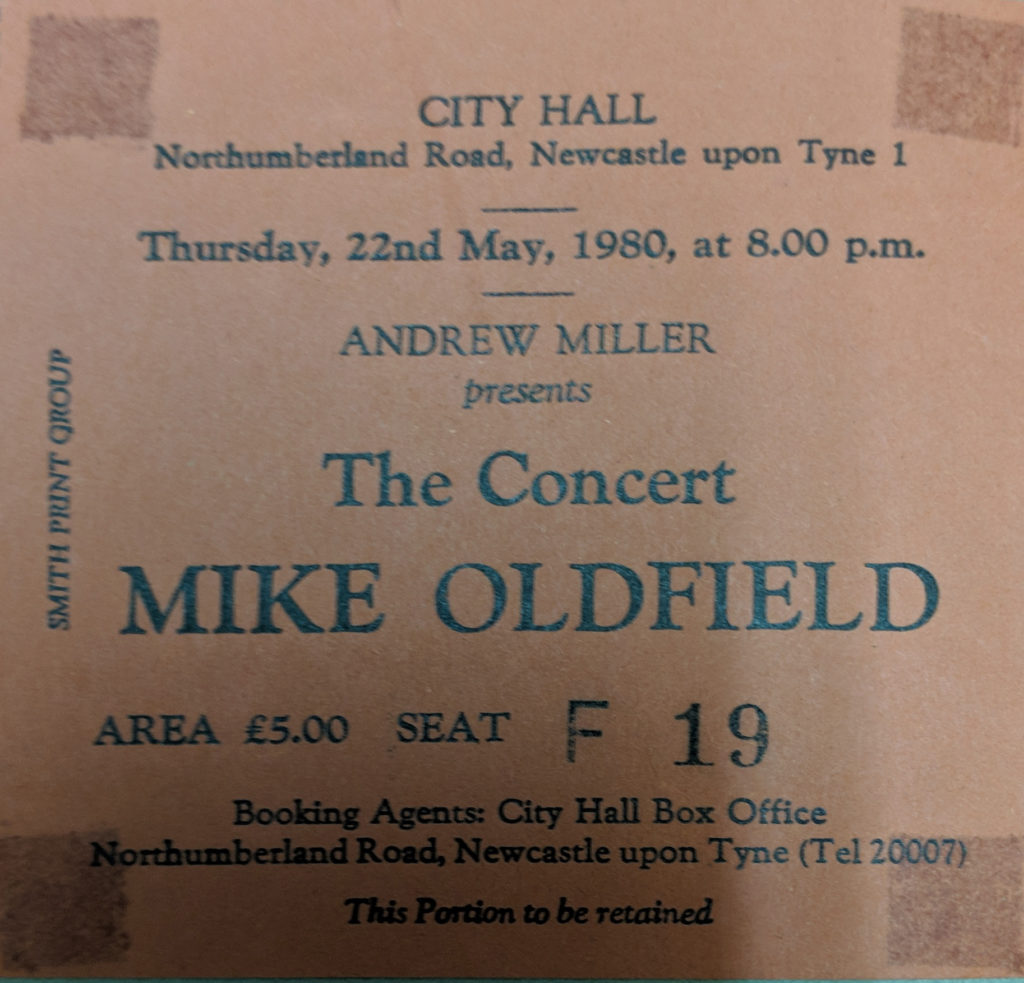 Ever since I’d heard Tubular Bells I wanted to see Mike Oldfield perform it live so it was very exciting when he announced a rare tour in 1980 – we got really good tickets for it too, right in the middle down the front. 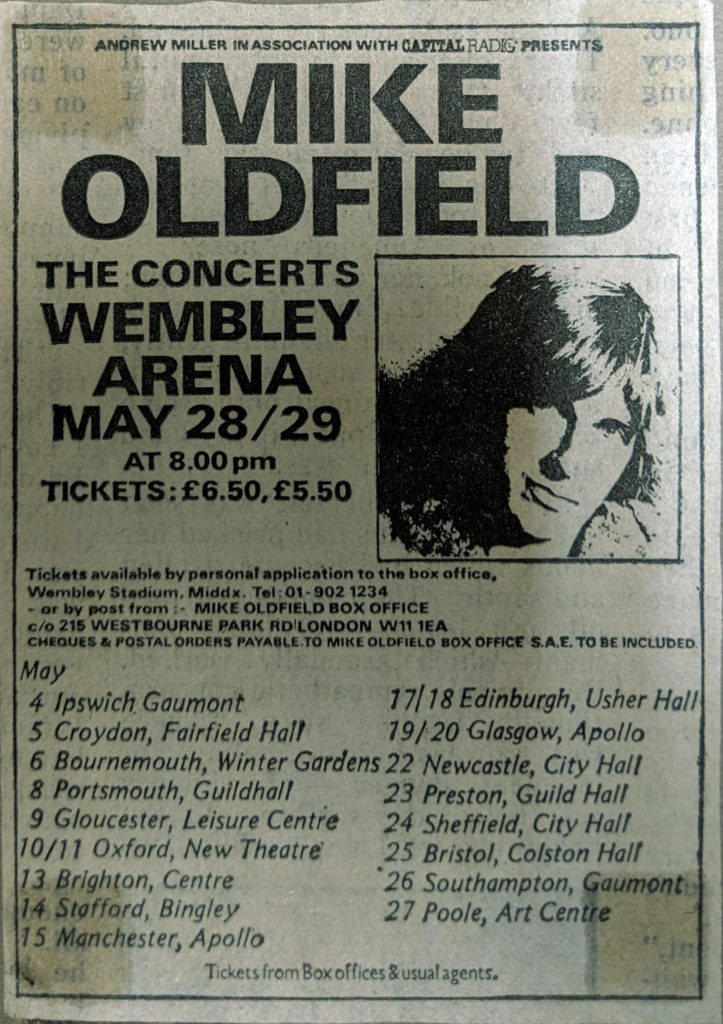 The band featured Maggie Reily on vocals and Gong drummer Pierre Moerlen, the only time I can remember seeing him. The tour was to promote Oldfield’s latest album Platinum but obviously featured his older works such as Tubular Bells which let’s face it was what everyone wanted to hear!