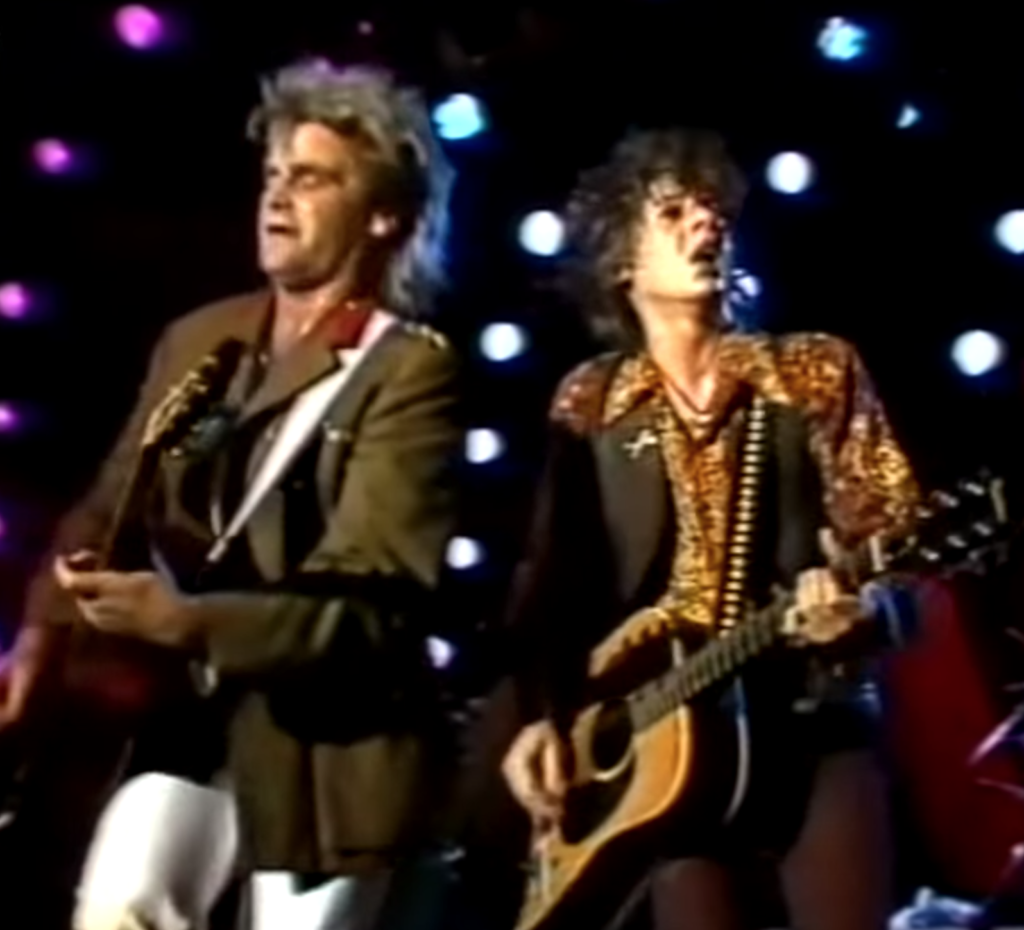 I’d left university by this point but my mate Brian was still involved with the union so when they booked the Alarm, who’d we’d got to know at previous gigs, to play in Maxwell Hall it was a no brainer to hitch hike down there for the gig especially as I knew I would get in for nothing and I also had a plan about asking the band to put me and my girlfriend on the guest list for the Newcastle gig the following week. 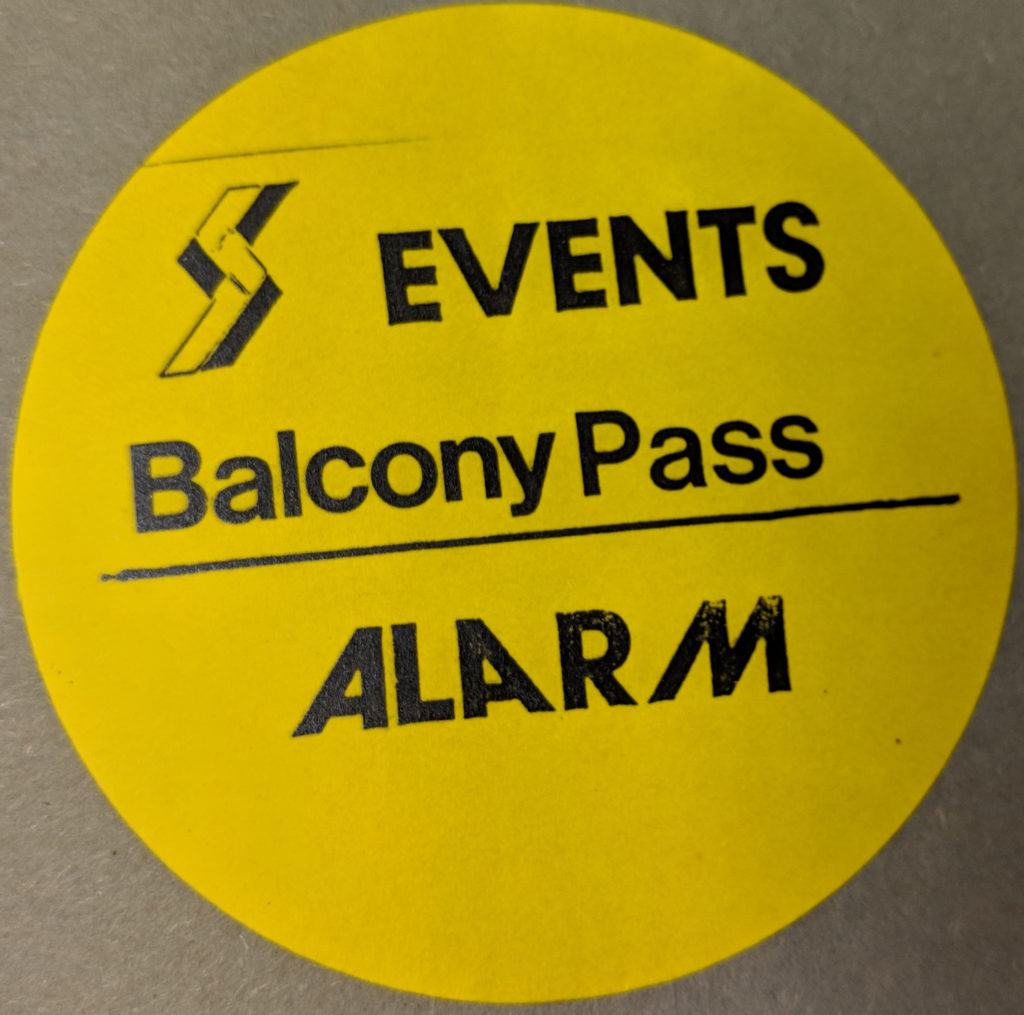 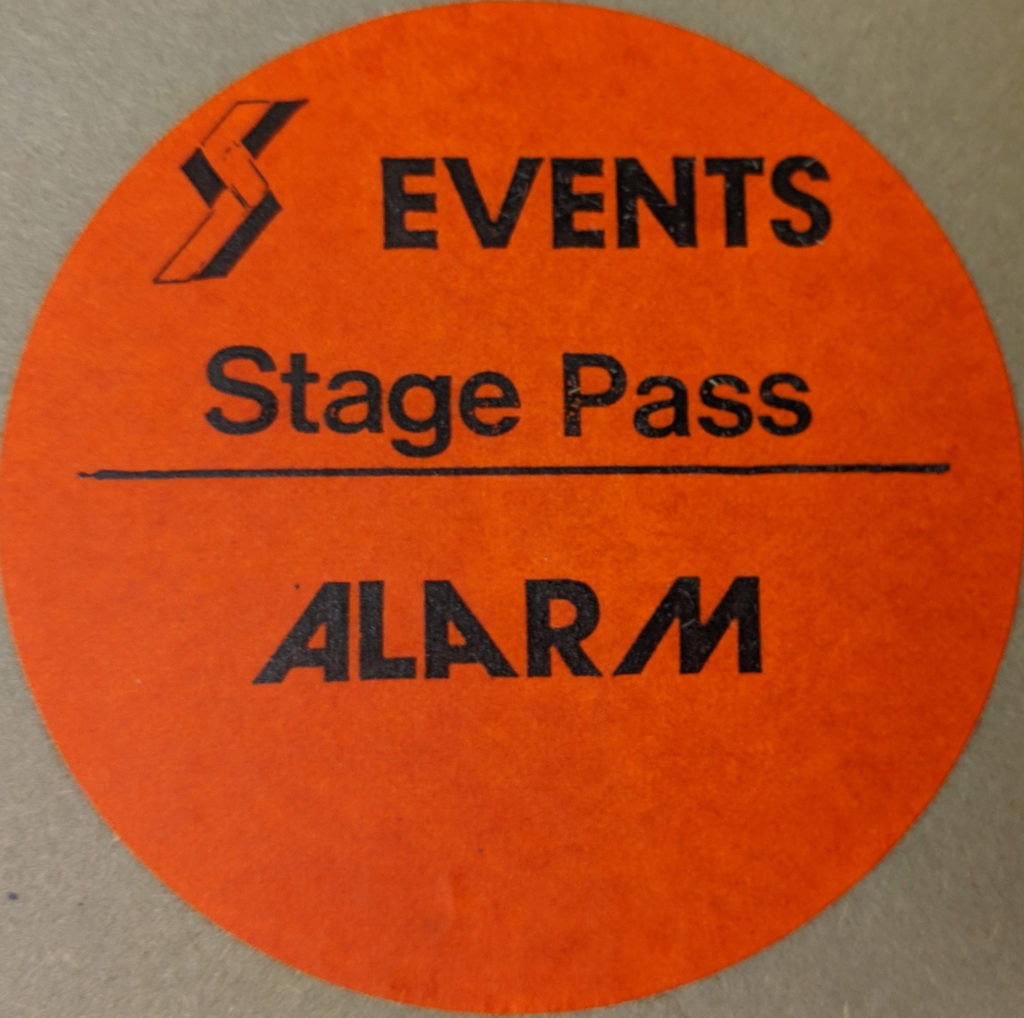 I must have stayed at my mates house but I don’t remember if I hitched down on the day of the gig or the night before. I also can’t remember if I helped with the get in but I was certainly there during the soundchecks which was when I managed to blag me plus 2 onto the guest list for Newcastle. 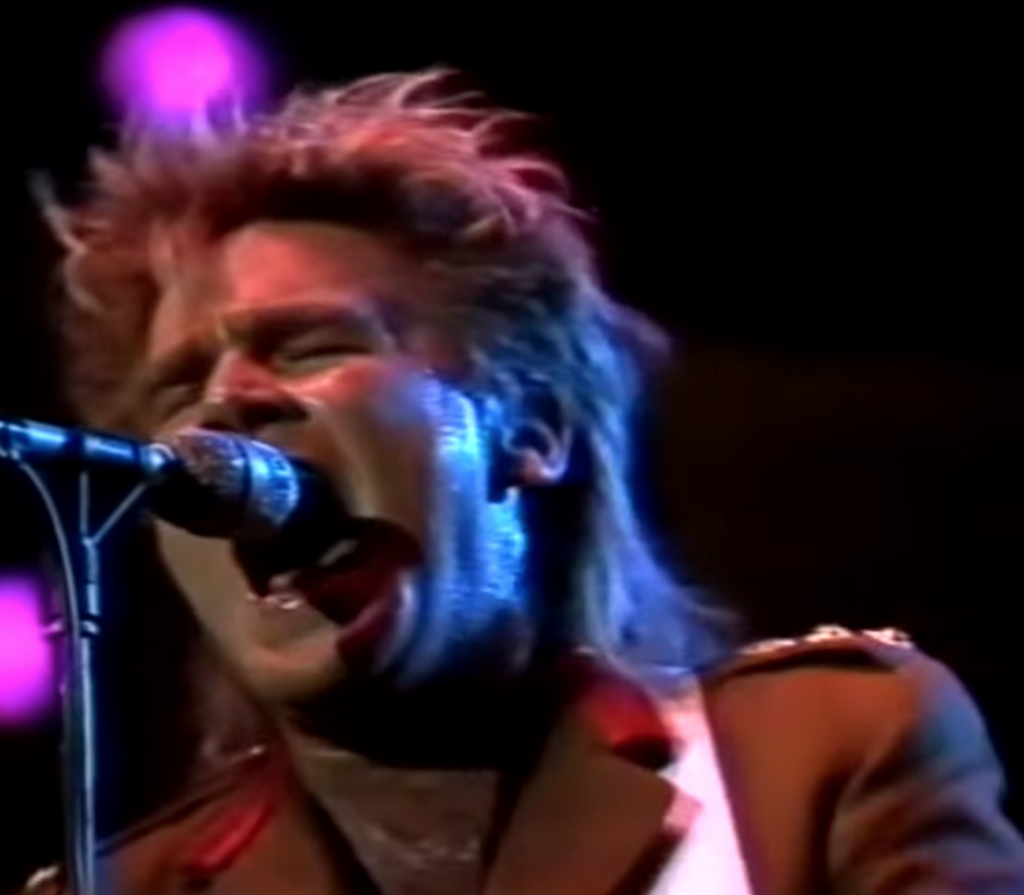 The plus two was because my girlfriend was on a course in Newcastle and had befriended a lad on the course who clearly had issues so she wanted to invite him along to the gig. On the night of the Newcastle gig we stood outside for ages waiting for him but he didn’t show up. Eventually we went in and left his name on the door just in case. When she asked him why he didn’t show he said something like he didn’t believe anyone would do anything nice for him! 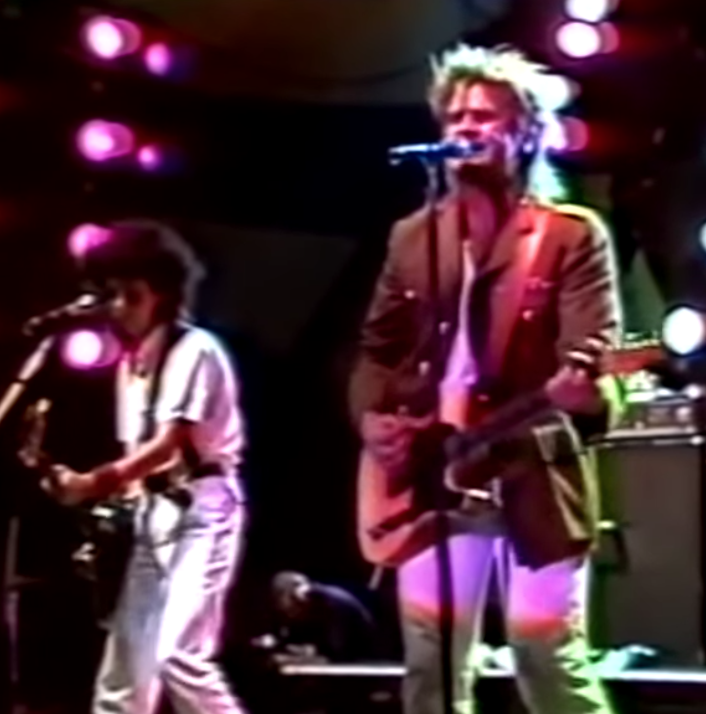 All the pictures on this page aren’t from either gig – they are from a Rockpalast show on German TV in 1984. For a taste of what the Alarm were like in their heyday watch this!

The set list from the two shows was probably similar to the one below although I did read somewhere that at the Salford gig they played a cover of Wah Heat’s “Better Scream” (Written by Pete Wylie) which may have replaced the Who cover that night! I also found this recording of Up for Murder from the Salford gig and I’m sure I also remember them playing Dylan’s Knocking on Heaven’s Door! 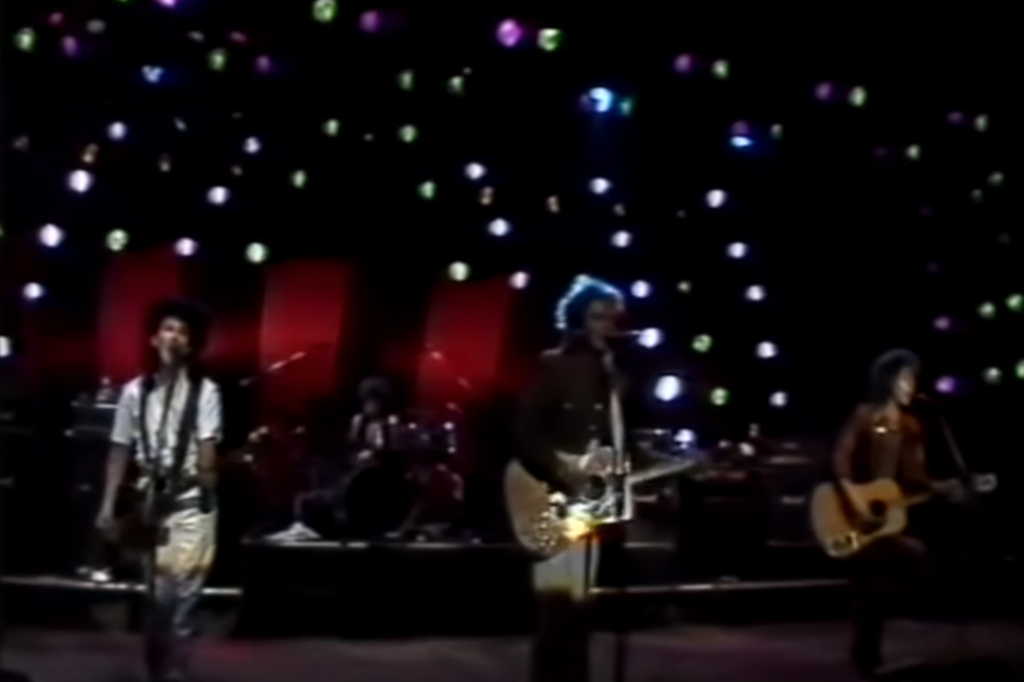