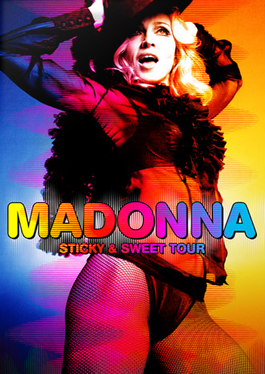 It seemed like a good idea at the time – Sarah said she wanted to go and see Madonna and for some reason I bought two tickets! I remember the tickets went on sale one morning and I was hoping there was still going to be some left after I dropped everyone off – thankfully there was! I can’t remember what the total cost was but the tickets were £75 each so with fees etc it was probably around £170 – the most expensive tickets I’ve ever bought! I did make the mistake of buying standing tickets though but more of that later!

I was working in London on the day of the gig so I arranged to meet Sarah at the station. My car was parked in an underground car park in Trafalgar Square and as the company had already paid for 24 hours it seemed to make sense to leave it there and get the tube up to Wembley. I figured it would be a nightmare drive at that time of day and then another nightmare getting the car out again (not to mention the extortionate parking fees)

As I said our tickets were on the pitch so when we went in we were given wristbands to allow access into the correct area. What I didn’t know was that the area nearest the stage was cordoned off for people who had paid a premium which meant there was a limit to how good a view you could get! The only problem was the height of the stage – I struggled to see it which is unusual for me but Sarah being a bit smaller than me really had difficulties! In hindsight a seat may have been better but I was told, by one of the techs at Wembley, that Madonna’s crew declined to feed into their system meaning people in the stands struggled to hear at times! 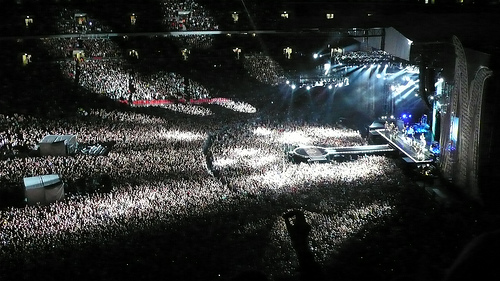 The support was Paul Oakenfold – I mean seriously a DJ – they might as well have just played some tunes over the PA system. I’ve never understood this superstar DJ thing and after getting to see one I still don’t. We flagged down a vendor while we were waiting and paid a small fortune for two Smirnoff Ice’s and then we waited and waited and waited!

Madonna was apparently 45 minutes late getting her arse onto stage but when she did I have to confess I did actually enjoy the show. There were a few video interludes to allow her to get off and get changed, lots of dance routines (some of which did leave me wondering if it was actually her singing) included one she summed with with the word “fuck” 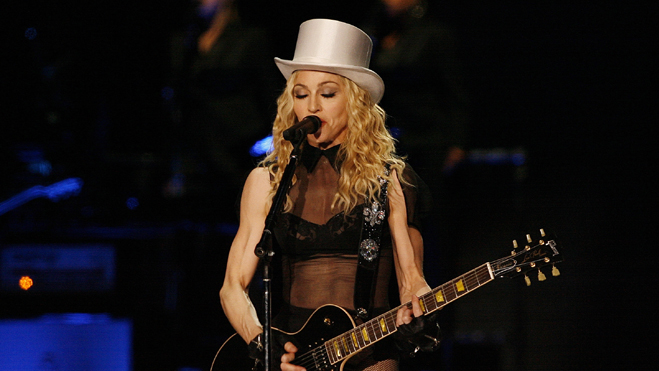 She didn’t do a lot of her hits and as far as I know most of the set came from the Hard Candy album. I heard a lot of people mumbling about her miming because of the delay on the video screens but I hear that a lot at big gigs and frankly I don’t have the time to explain video dealy to 75,000 people! Having said that as I mentioned above, I did wonder if one of the backing singers was a Madonna impersonator!

The gig finished just after 11 and after we had been to the loo we made our way along Wembley way with thousands of other fans. About half way down the road there was a line of Police horses who were controlling the flow by opening and closing the route. Just as we reached them there was a  tannoy announcement saying that the last train had now left and that we should make alternative travel arrangements! The Police instantly disappeared!

Now I don’t know if you’ve ever been to Wembley but I think it was best summed up by an American Client who said to me “who puts their National Stadium in the middle of an industrial estate miles from public transport…or roads!! There isn’t really any alternative transport to be had! Ironically I had just been telling Sarah about the time we got stranded at Wembley after seeing the Who and ended up having to sleep on a street corner! I was 30 years younger then so that wasn’t an option now. 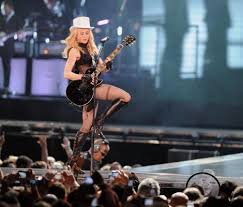 We tried to get a night bus but there were still several thousand people trying to get home and everyone that went past was rammed before it got to us. We tried walking up to the next stop but the same thing. Eventually we managed to find a cab office but there was a massive queue and the prices had mysteriously shot up! At about 2am we finally paid £40 to get a taxi back to Trafalgar Square where the car was and by the time we’d got in it and driven home it was 4am! I had to get up at 6 to go to work but Sarah just rang her school and told them what had happened. The headteacher thanked her for her honesty!

Madonna was fined £135,000 for the late finish which to be honest compared with the estimated take of £6.2m it was peanuts! We never got sent our taxi money by either Wembley or Madge btw! I vowed never to go to a stadium gig or especially a gig at Wembley stadium again and at the time of writing I haven’t! 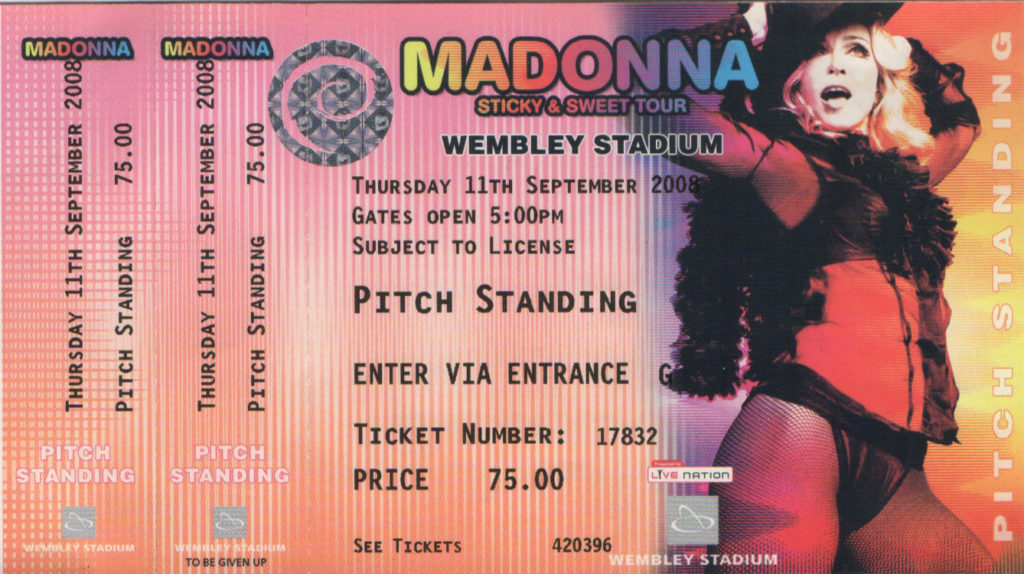 Die Another Day(video interlude; with samples from “Planet Rock” and “Looking for the Perfect Beat” by Afrika Bambaa)
5. Into the Groove
6. Heartbeat
7. Borderline
8. She’s Not Me
9. Music (with samples of “Last Night a DJ Saved My Life” by Indeep and “Put Your Hands of 4 Detroit” by Fedde)