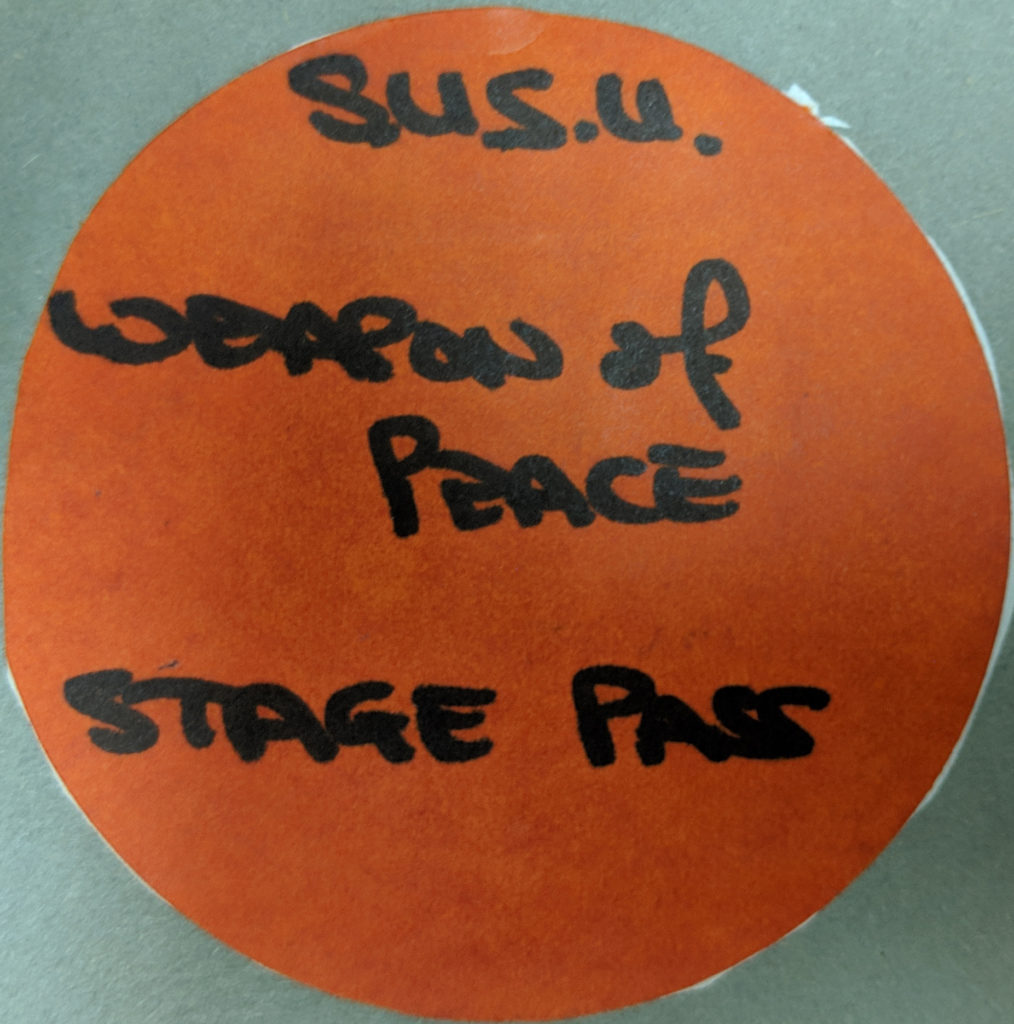 This was probably the last gig I went to/worked at while a student at University. I went to others and indeed worked at them, but that was after I had left!

I remember that we were really into Reggae while we were at University especially the British Reggae bands like Misty in Roots, UB40, Harlem Spirit and the like. I still have the Weapon of Peace self titled debut album and I think I have their Jah Love single too. This was the second time we had booked the band to appear as they had been on at the beginning of my second year (the night before the infamous U2 gig)

The thing I remember most about the gig was that when the band arrived they wanted to use the gym so I had to take them down to the Sports Hall and convince the lady behind the counter that these bulky looking Rastafarians should be allowed into the sports facilities!