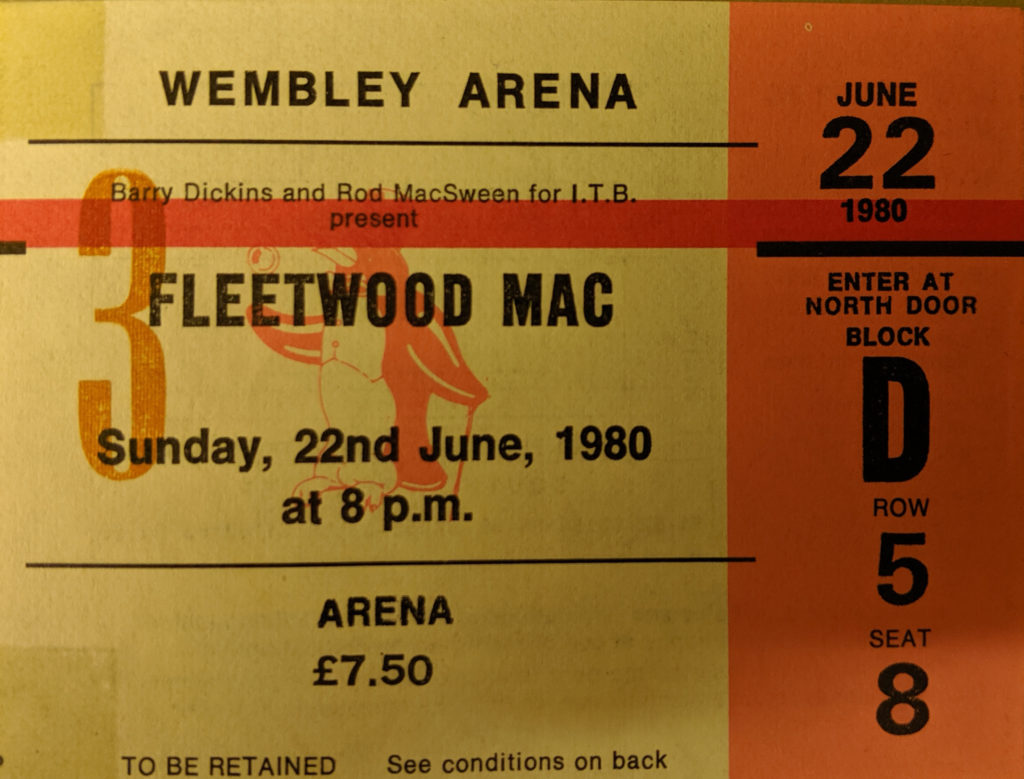 So following the Styx gig the previous night on out first visit to Hammersmith Odeon we then went to see Fleetwood Mac on the Sunday night at Wembley Arena. This was also our fist gig here as well! Just like the previous night we ended up taking photos outside the venue. 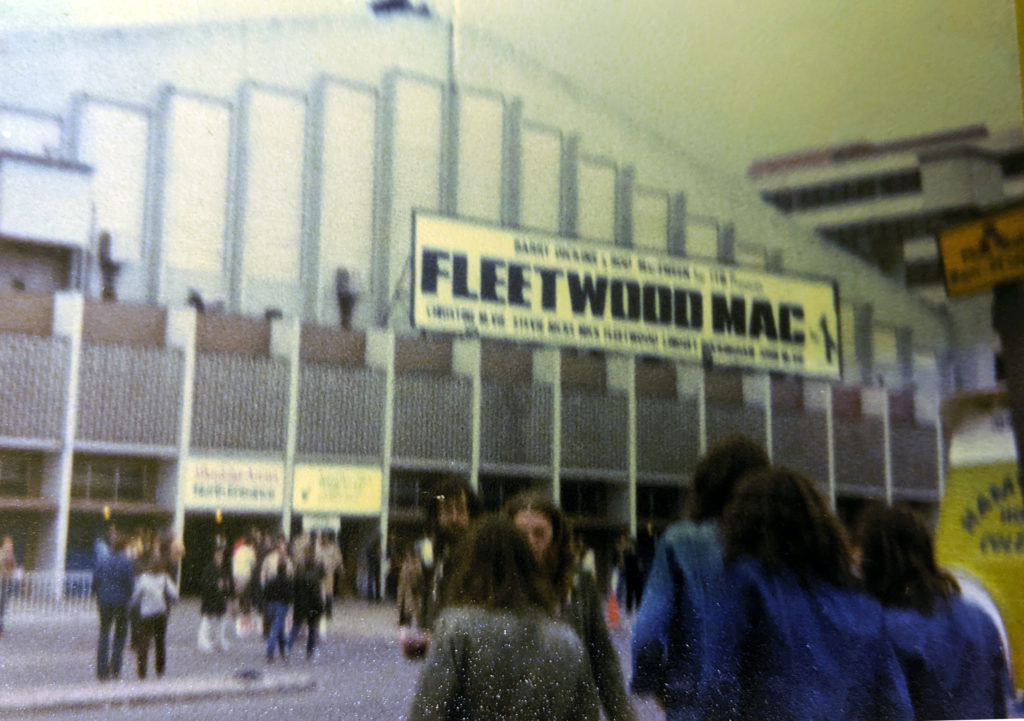 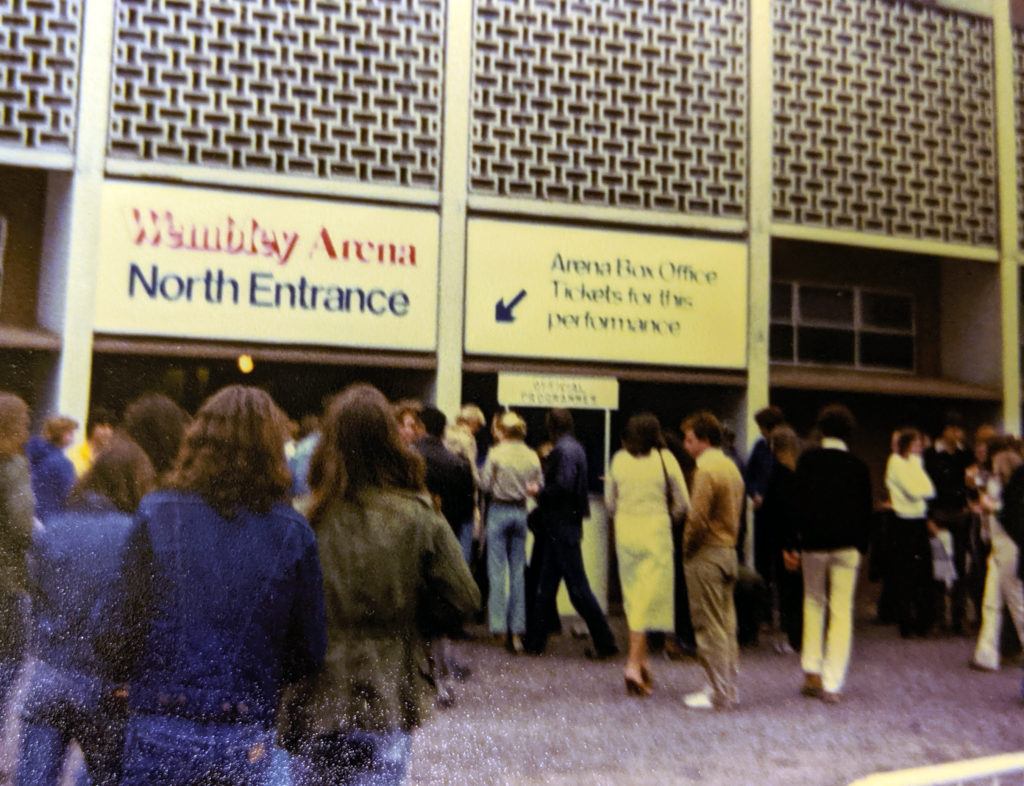 I seem to recall that my girlfriend and I ended up having a row because I bought two t-shirts or something stupid like that! My friend informs me that we ended up standing on the seats but it doesn’t ring any bells with me! What I do remember was that my girlfriend and I had to be on the overnight train to Sunderland because she had some sort of interview the next morning so we ended up missing the last song so we could get out and on the tube to catch the train. In the end as we sat waiting for it to pull out my brother and our friends suddenly appeared at the train window so we would have made it! 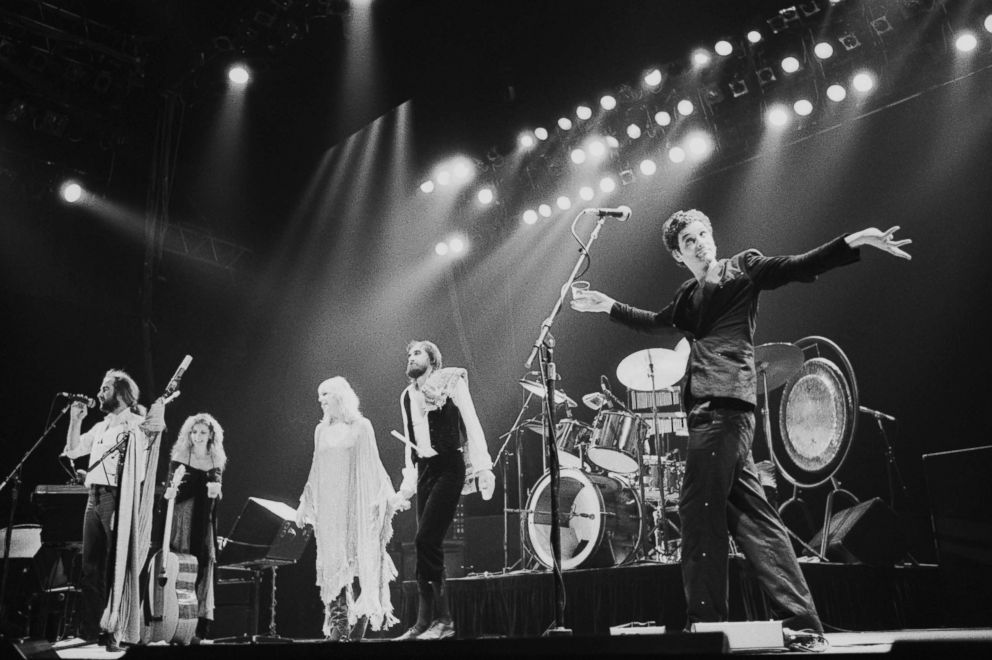 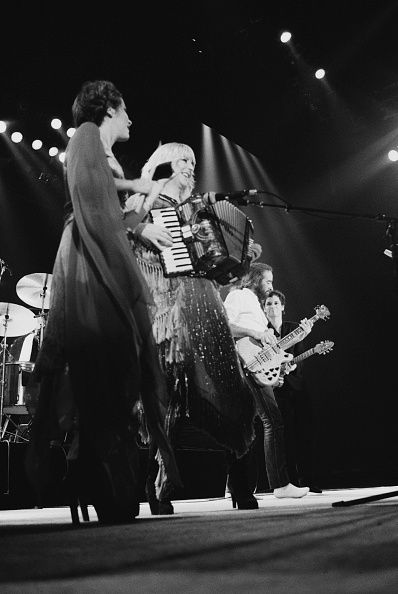 Obviously we spent the night lusting after Stevie Nicks but the band put on a great show with songs drawn from the albums Fleetwood Mac, Rumours and Tusk. We had pretty good seats as far as Wembley goes! 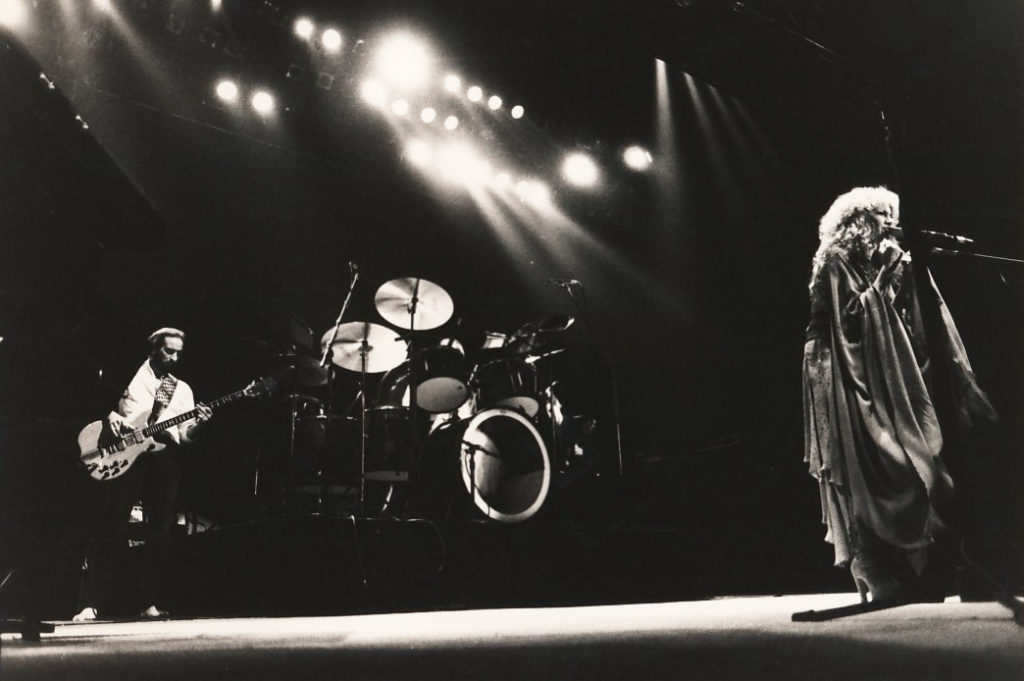 As I said we had to get the overnight train back and annoyingly we didn’t get any sleep so we were so tired by the time we got home. Needless to say the interview didn’t go well and she didn’t get the job she had gone for. The whole situation was made much worse by the fact that the following day while out in London my brother and his mates bumped into Ronnie James Dio who was my girlfriends heartthrob! Thankfully they had the presence of mind to get her an autograph! 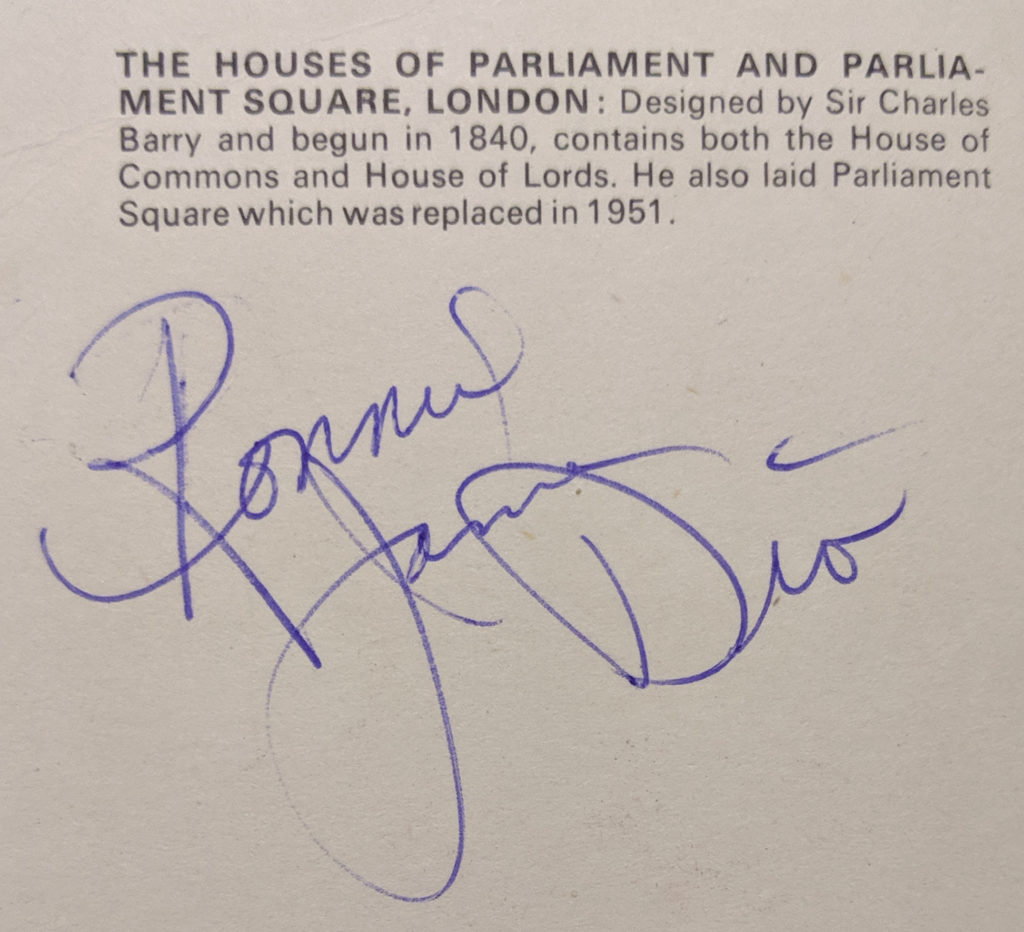 I found the pictures of the bad at Wembley on line so don’t know who the photographer is! 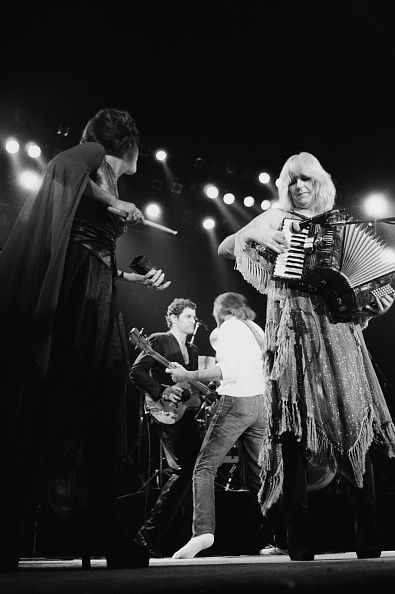