I liked Tom Ovans since I had first heard him on Johnnie Walker’s BBC Radio 1 Saturday afternoon show. I hadn’t been able to find his CDs anywhere in the UK so I was glad when I had the chance to go to America for work and I was sure I’d be able to get his CDs and the one by Todd Snider who I’d heard about the same time. I bought the Todd Snider one almost the second I arrived in NYC but the Tom Ovans one’s evaded me. As far as I knew he had two CDs Unreal City and Tales from the Underground and I searched every single record store from 42nd street down to the Statton Island ferry looking for them but without luck!

It was the early days of the internet and I had arranged to meet up with a guy I’d “met” on Compuserve and I’d had sent some scans of a Viv Stanshall obit to him. we had agreed to meet in a bar in Greenwich village on the Friday night. After I left the bar I staggered (literally) into a second hand record shop and in the racks I found a CD called Industrial days which I didn’t even know existed! I bought it and when I went to see Tom Ovans I took it with me, told him this story and he signed it! 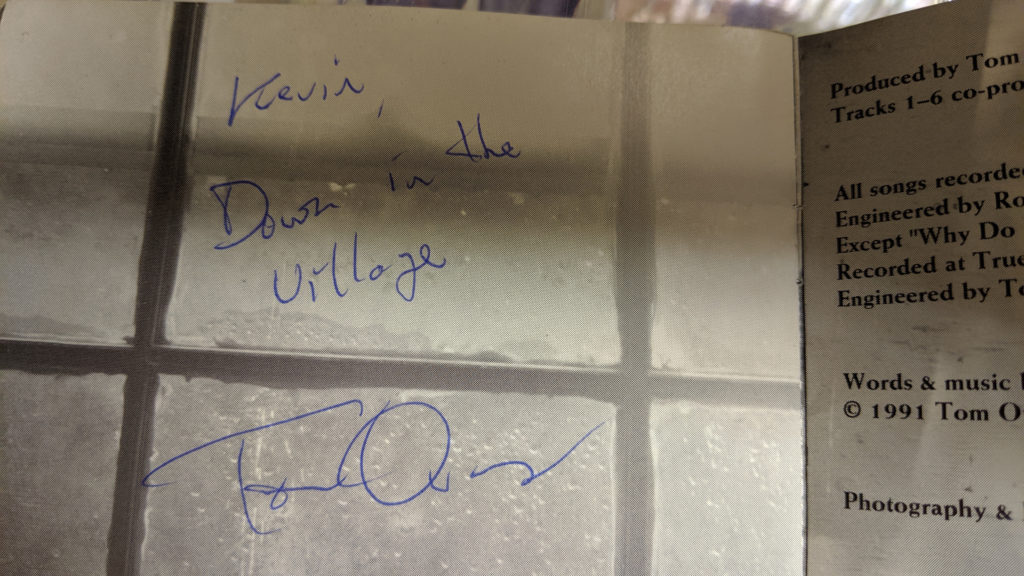 In the end I found an advert in Q which had one of the CDs which shipped from Faversham – just down the road from where I lived. The other one I got by emailing the record company in America and sending them some dollars in the post. If I remember correctly the record company was ran by his wife Lou Ann Bardash who also sang backing vocals at the gig!

As I said I was very excited about seeing him and got to the venue early. I can’t find a ticket so I might have just paid on the door. I only went to the 12 Bar three times and each time I felt the room was laid out differently to the previous visit. I ended up talking to a girl and a guy at the bar and when the doors opened we went in and got seats in the front row. I had taken my taping gear along with me so it was a tricky one setting off the recorder in full view of the stage! At the end of the first set I managed to knock over my beer as I went to stand up – an incident that if you listen carefully can be heard on the tape!

In the interval I went off to see if I could get Tom to sign my CD cover and to change the minidisc. When I got back to the room the chairs had gone! So we ended up standing for the second half of the show! Tom played a solo gig with guitar and harmonica (although he did say that he’d bring a sax player next time as his lips were getting sore) and on some songs Lou Ann Bardash sang backing vocals. The songs weren’t ones I knew as he had released another 6 CDs unbeknown to me since that time in NYC. I bought the latest one Tombstone Boys, Graveyard Girls at the gig. 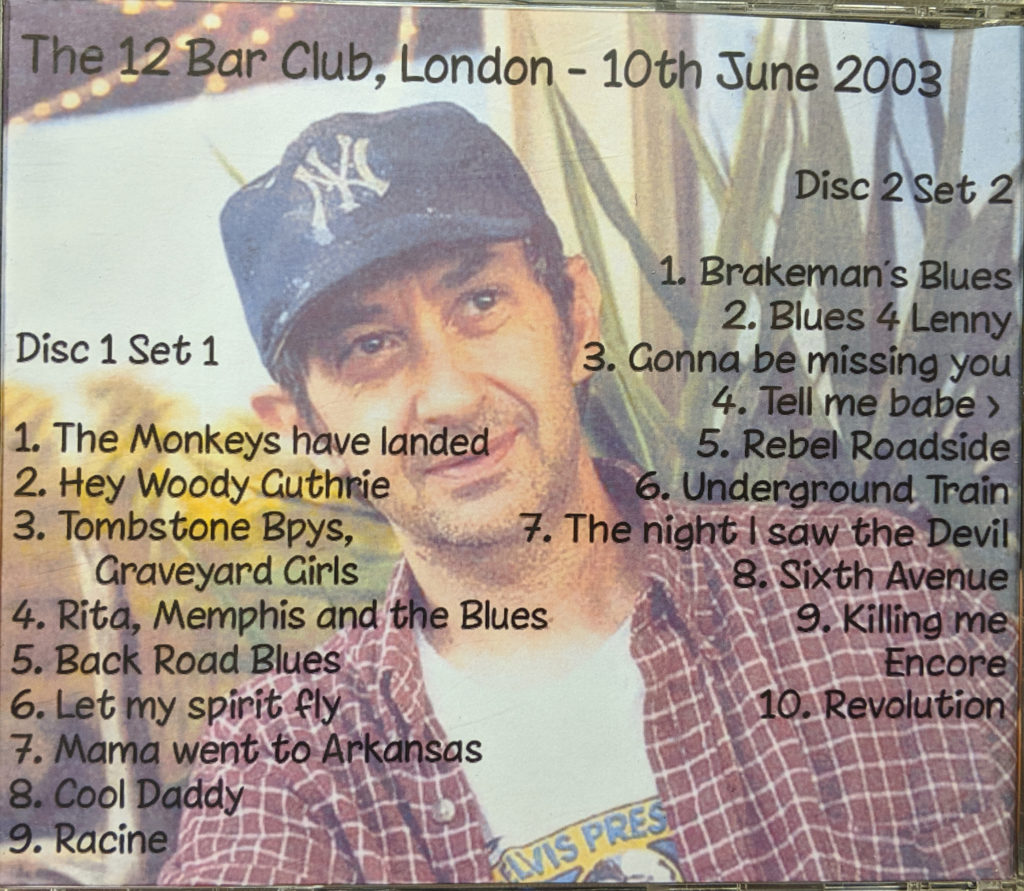