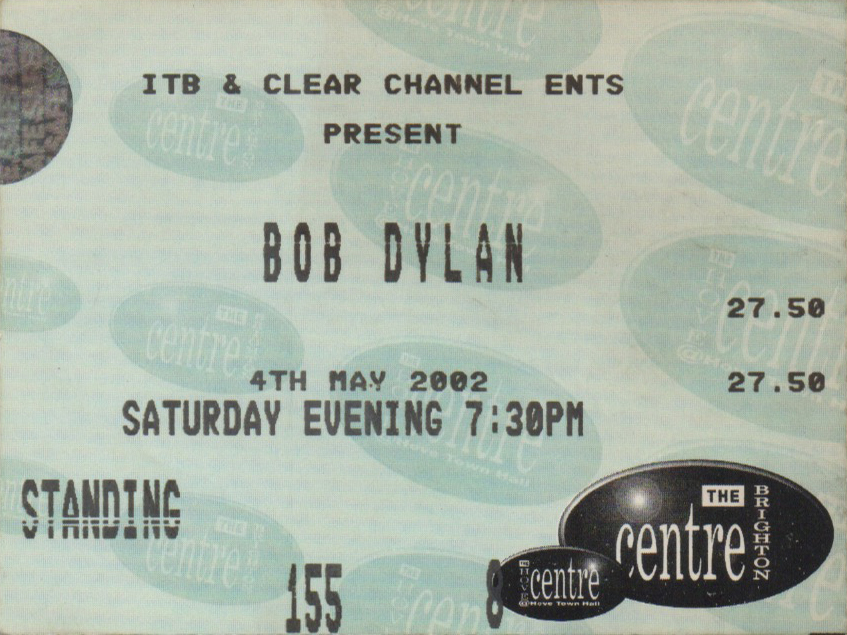 The Bob Dylan show at Brighton was over the Bank Holiday weekend that is the Sweeps festival in Rochester. At that time I was dancing with Wolf’s Head and Vixen Morris who are based in Rochester so I had to leave the day early to go home wash off the face paint and remove the black nail varnish before heading down to Brighton for the gig. I seem to recall wondering where I was going to park and finding a spot almost outside the venue on the seafront. I also recall that I only had to pay about £1 as there was no charge after 6pm! A right result for someone used to trying to park at London shows! 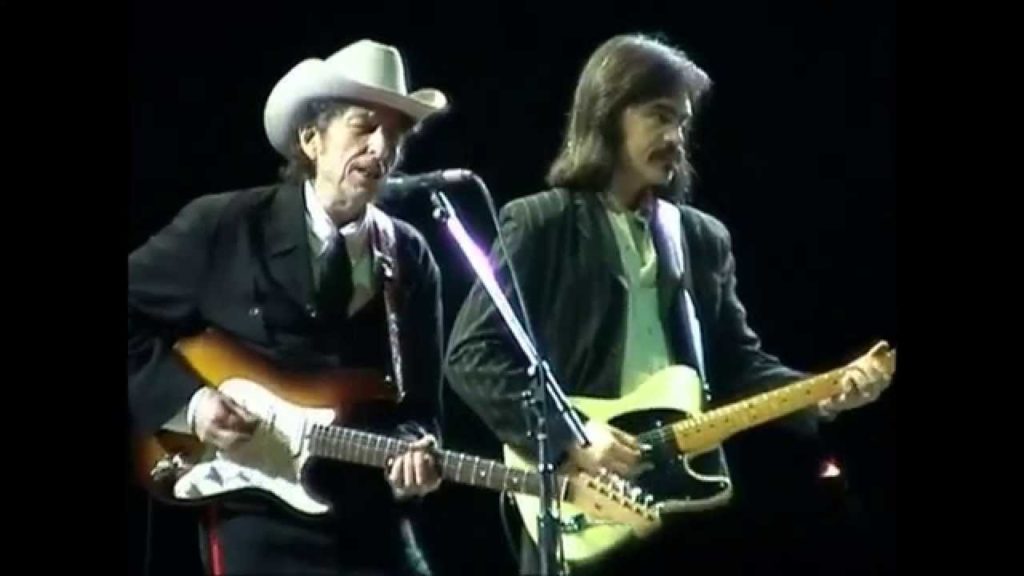 I’d arranged to meet a couple of friends in a pub round the corner from the venue which I found down a side street! I had a couple of drinks with them before heading back over the road to the venue and losing them almost the second I got inside! Not that this bothered me as I much prefer going to gigs on my own except I felt a bit rude! I wandered into the standing area and got as close to the front as I could. This was the 10th time I’d seen Dylan and would be the last time I would see him playing guitar because of the hand troubles that flared up over the next couple of years. It would also be the penultimate time of seeing him because his latest album, which I didn’t like that much, Time out of mind had made him popular again so the venues and ticket prices started to get bigger and bigger! 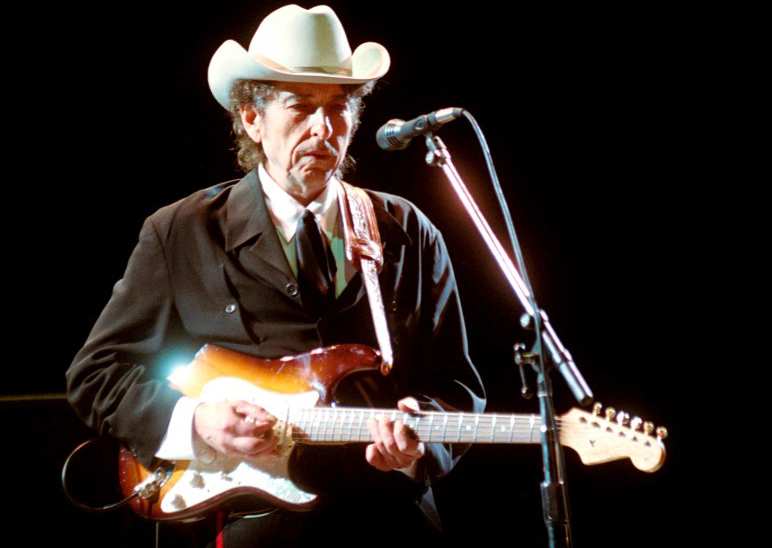 It was a good show – I always prefer to be close enough to really see him. There were enough older songs to keep me happy and a few of the newer ones as well. he wore a cowboy hat and looked really cool and the band were very good although I seem to recall that the drummer had only just joined the band and on occasion was being taught the songs live by either Charlie Sexton or Tony Garnier – something you probably would only have noticed if you were close to the front. I think Dylan played an acoustic guitar for more songs than any other time I’d seen him at this show!

I Am the Man, Thomas [Acoustic]
If Not for You [Acoustic]
It’s Alright, Ma (I’m Only Bleeding) [Acoustic]
To Ramona [Acoustic]
Tweedle Dee & Tweedle Dum
Can’t Wait
Subterranean Homesick Blues
Lonesome Day Blues
Mr. Tambourine Man [Acoustic]
Masters of War [Acoustic]
Tangled Up in Blue [Acoustic]
Sugar Baby
Summer Days
Cold Irons Bound
Rainy Day Women #12 & 35
E1
Man of Constant Sorrow
Like a Rolling Stone
I Shall Be Released [Acoustic]
Honest With Me
Blowin’ in the Wind [Acoustic]
E2
All Along the Watchtower

Video of the Brighton show