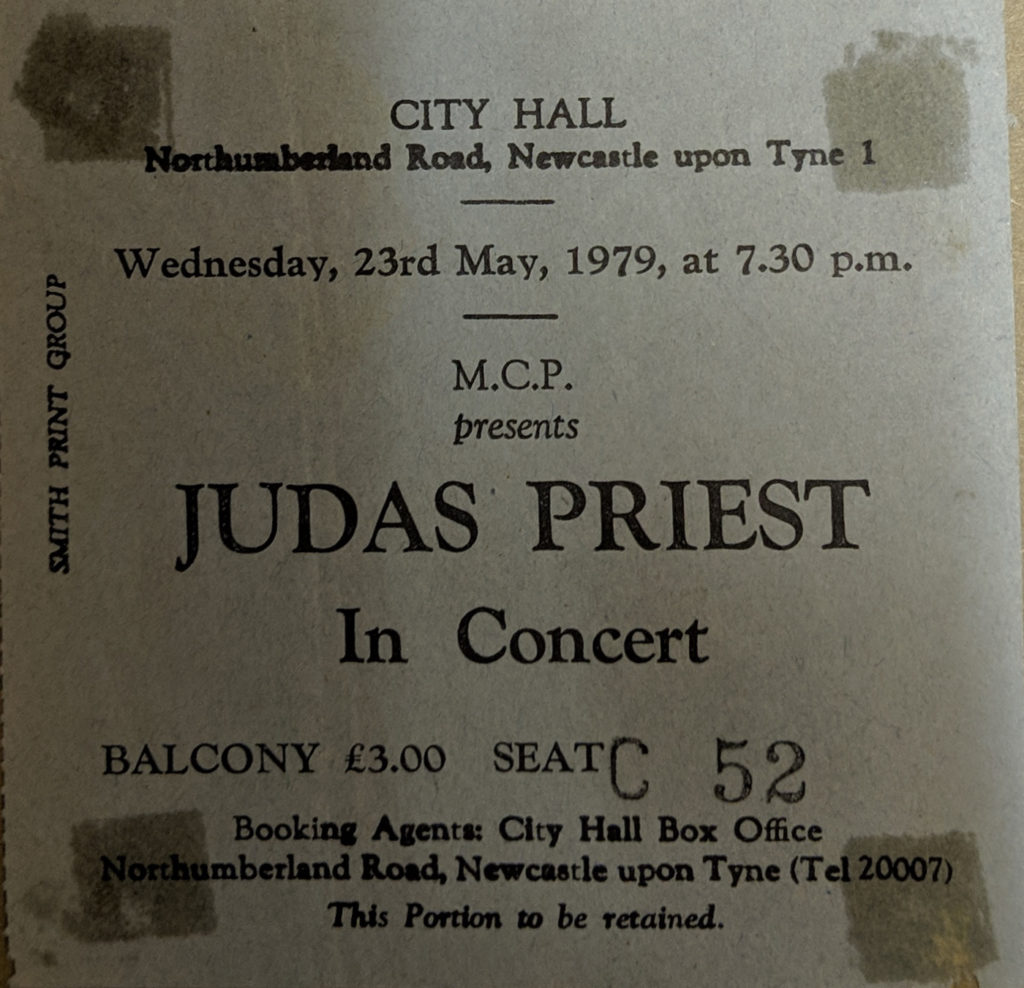 I still have no idea how I came to see Judas Priest so often. This was the third time and the first of two nights at Newcastle City Hall. The thing I remember about this tour was that singer Rob Halford who had always had very short hair had begun to grow it but unfortunately it made him look like Tim Brooke Taylor from the Goodies! 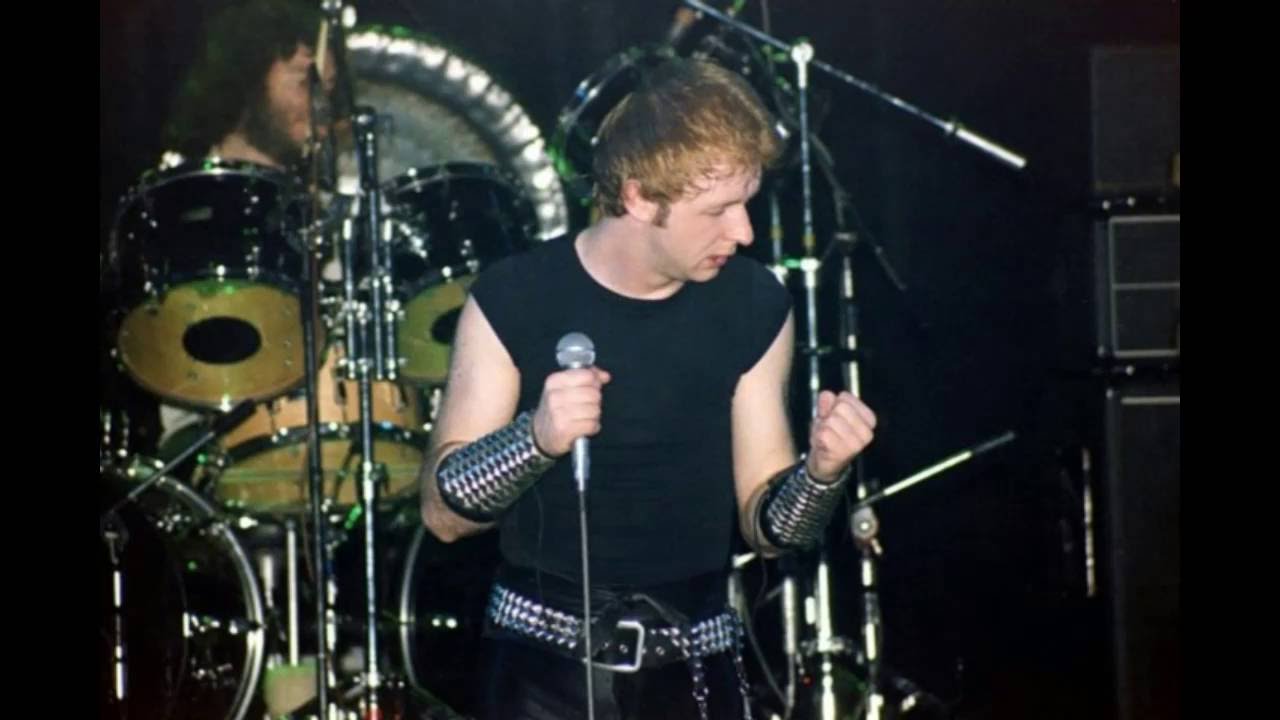 The other thing I remember was that he had taken to whipping the audience during the show. If I remember correctly my brother and friends went back for the second night (I politely declined) and when he went to whip the audience someone caught it and pulled him off the stage!