On this page I’m going to add pictures and set lists and reviews of shows I’ve been to and will go to in the future! I’d love to find the time to wade through all the stuff in the attic and scan it and post it here – I’ll do as much as I can but I might have to wait till I retire!!

When I first starting going to see bands live I realised that I would never remember who I’d seen, when and where and who the support acts were in years to come so I decided to write it all down. I got an A4 book and started to keep records: 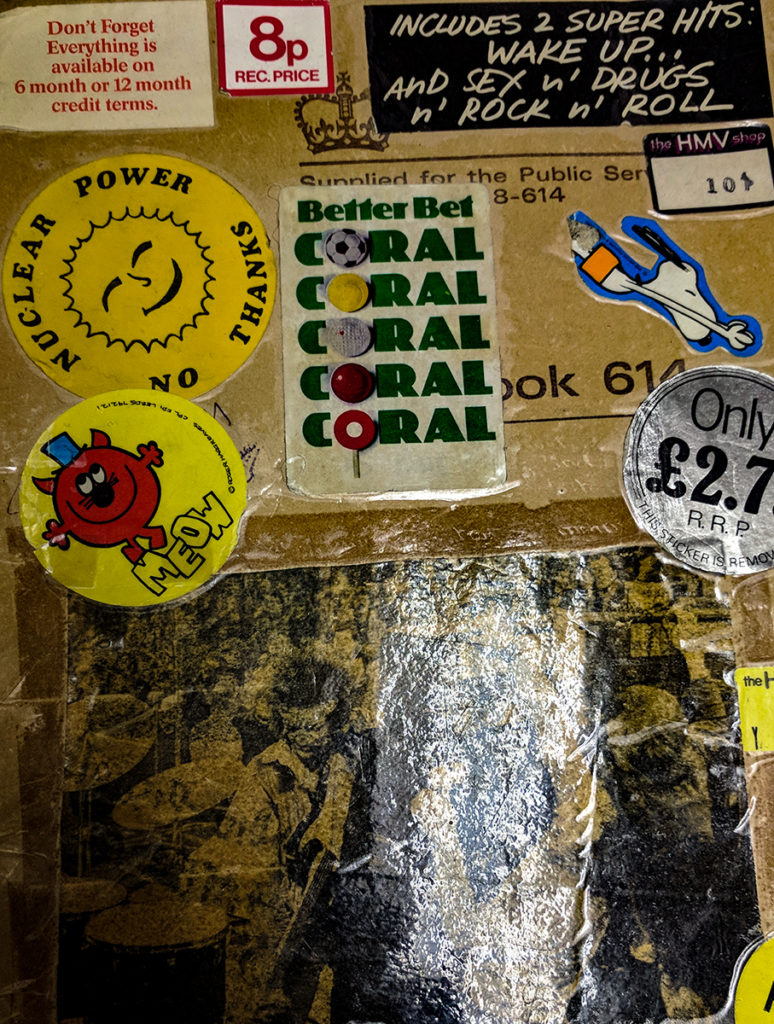 In it I kept records of who I’d seen (including support bands) at what venue, how much the tickets cost and what seat I’d been sitting in (and in some cases which seat I actually sat in rather than the one I had a ticket for!) – I kept this going until about 1983 when I finished university and then at some point brought it up to date in 1993. After that I made notes in diaries and kept ticket stubs etc so the latter info isn’t as accurate as the early years! 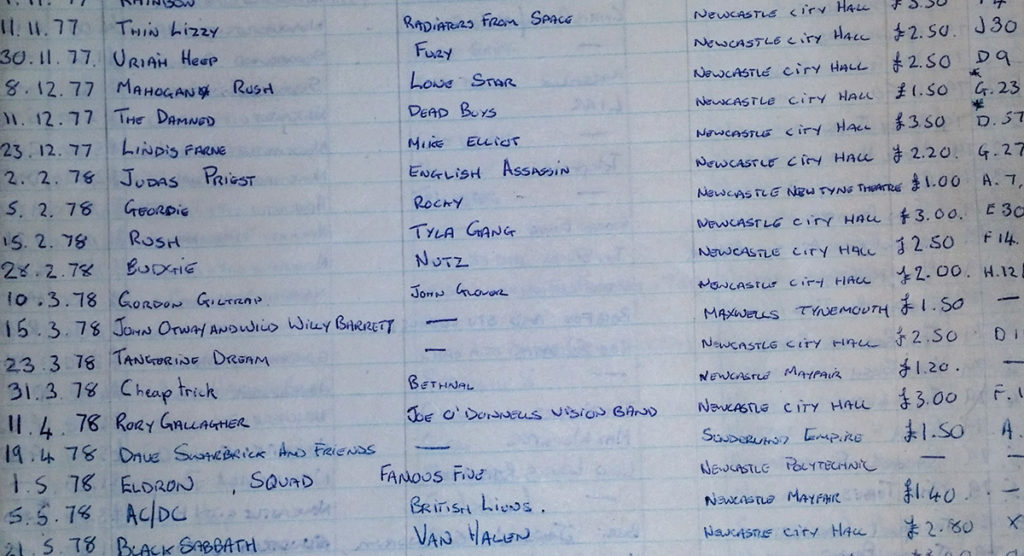 I’ll put up suff when I can which you can access by selecting from the drop down boxes on the menu!