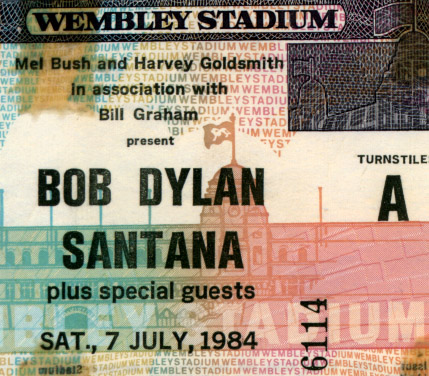 I can’t remember why we went to both nights of this tour – I mean the first night was on our doorstep in Newcastle so why trek all the way down to London to see him again, especially as I would have had to phone in sick for the two days I missed on my college course! In the end I am so glad we did though as will become obvious later! 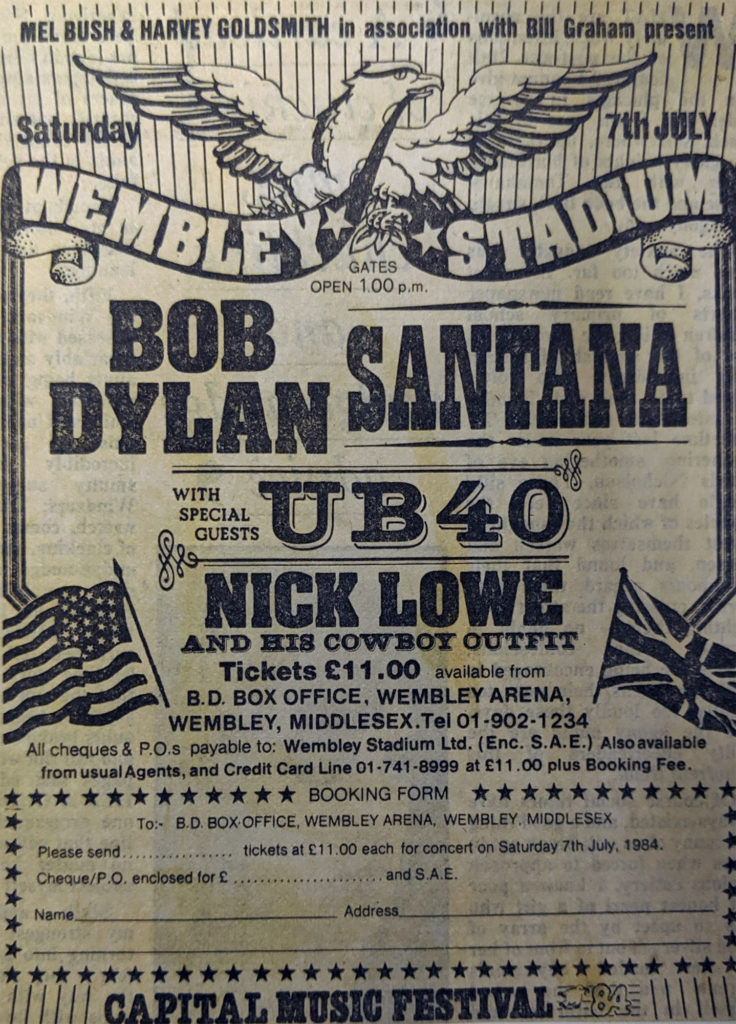 We must have got up early after the Newcastle gig and set off to hitchhike down to London. I think we got a couple of short lifts and were then picked up by a group of lads in a car. They were off to a Northern Soul Weekend and spent most of the journey talking about taking loads of speed to keep them going! They dropped us off on the A1 just outside of Stamford. Unfortunately for us the jucntion they chose didn’t have an on slip so getting a lift was tricky. We decided to walk along the side of the A1 to the next junction which wasn’t very far. As we walked there was a layby which would have been a good place to hitchike from but it had a lorry parked up in it. We struggled our way past it and as we did he beeped at us. We turned round and he was waving us to come back. When we opened the door her told us that he had passed us three times already and figured he better pick us up or we’d get there before him!

He took us all the way to Harlow and we got another lift that dropped us somewhere in North West London. If we’d got there half an hour earlier we’d have been able to catch a bus to Tottenham where my brother’s girlfriend lived and where we were all staying tonight. As it was we’d missed the last one and we had to get the tube into central London and back out again. The flat was through a hairdressers and up the stairs. It was on West Green Road which had a large Afro-Caribbean population and sound systems seemed to be going all night! (I didn’t know it at the time but in less than a year I would be living there for a few months when I moved to London to start a job! 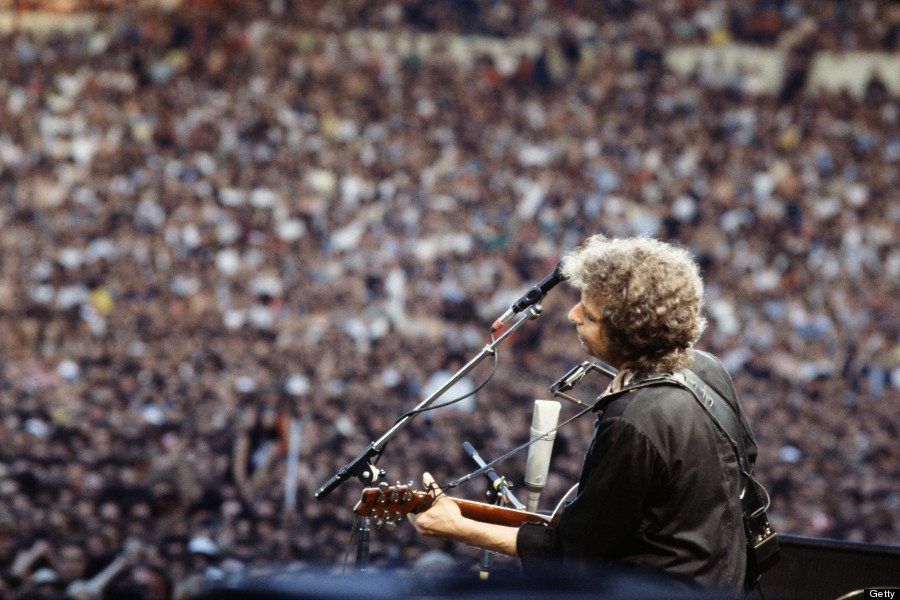 I can’t remember how we got to Wembley the next day or why we went sperately from the others. After the Newcastle gig we decided to sit in the seats rather than be on the pitch so we found ourselves seats and waited. I don’t remeber much about the two supports acts Nick Lowe or UB40. I was actually looking forward to seeing UB40 but I remember them to be quite dull. I seem to recall the press mentioning that a woman suddenly appeared naked in the crowd and most people were more interested in her than the band! 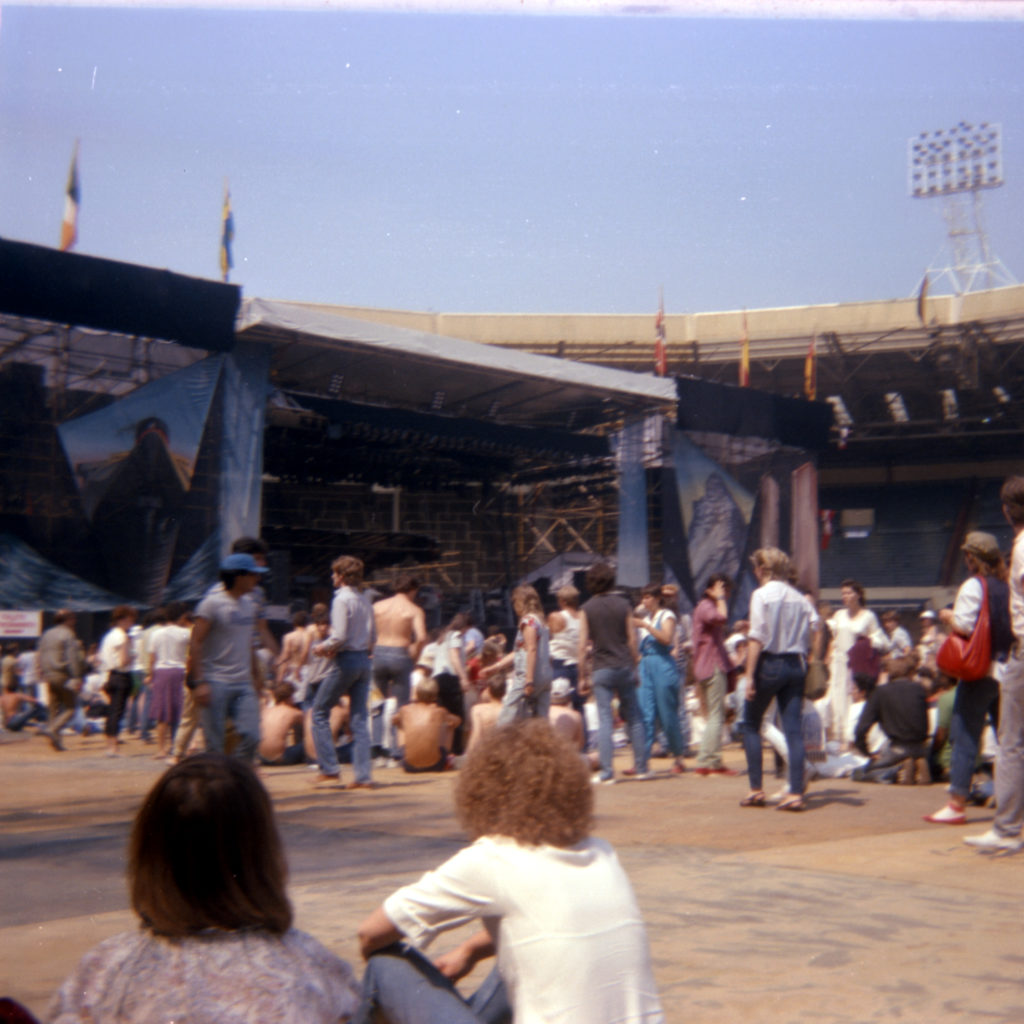 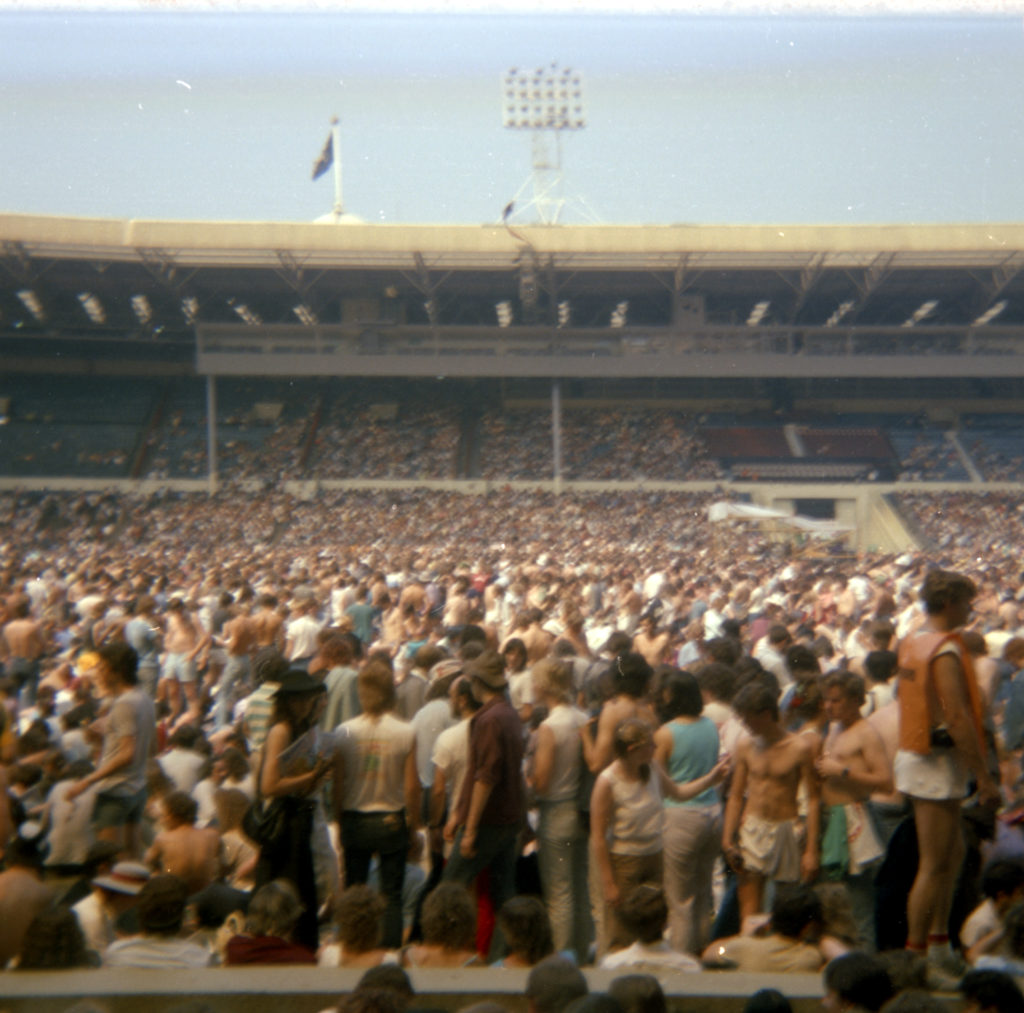 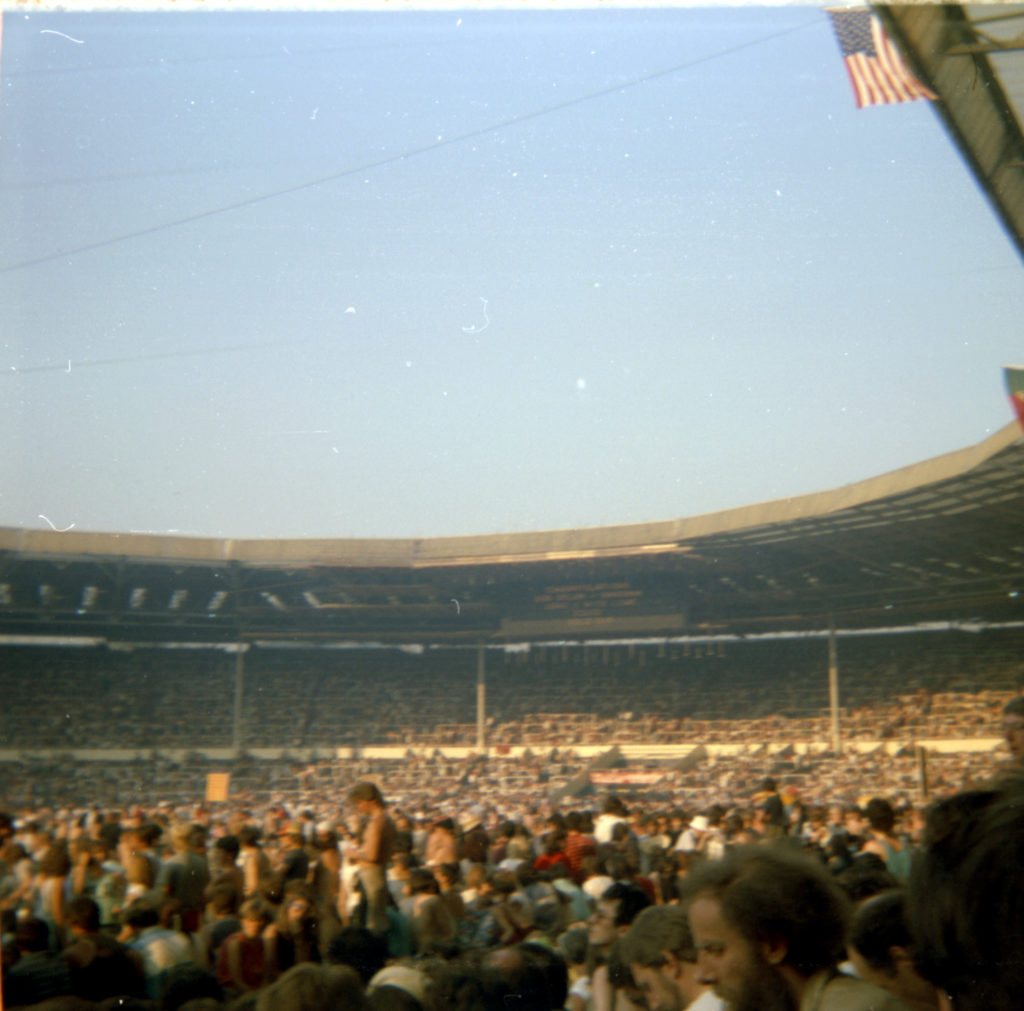 Carlos Santana was on thebill again but like Newcastle I wanted to see Dylan. The show he put on was very similar to the one at Newcastle until he got about half way through the first set of encores. When he got to Leopard skin pill box hat as well as inviting Carlos Santana back onto the stage he also introduced a couple of other guests namely Eric Clapton and Chrysse Hynde! Then there was a change to the previous nights set when they played It’s all over now Baby Blue with another guest Van Maorrison sharing vocals with Dylan.

I’m pretty sure that Van left after that song and the setlist returned to the one from Newcastle with Tombstone Blues with Clapton, Santana and Hynde. Then much to my delight Dyaln appeared to be teaching Clapton the next song which turned out to be Senor (Tales of Yankee Power).

Here are some videos from the show!

The following tracks from the album Real Live were recorded at this show:

Sadly none of the songs with Clapton, Hynde or Morrsion made it to the album!

Hitchhiking back the following morning we got dropped off at a jucntion near Liecester Forest East Services which had a slip road that took most of the northbound traffic past the junction so we were worried we wouldn’t get a lift. We wandered over the sliproad to see if we could walk through the fields to the sevices but it din’t look possible. As we crossed the sliproad again an old  Jaguar came along so I stuck out my thumb and to my surprise it stopped (even though it was probably illegal for him to do so) We jumped in, not really caring where he was going, the next services would do! It turned out he was going to Newcastle and even better he’d seen Dylan at the City Hall back in 1966!