One of the things we found about gigs when we first moved to London was how difficult it was to get good tickets. When I used to go to see bands in Newcastle or Manchester tickets were sold in one or two places but in London ticket agencies were everywhere and you could never work out what was the best place to go to get a decent seat! So that was probably how we ended up in the rear circle when we went to see Robert Plant at the Hammersmith Odeon!

It Bites were the support band for the night although I don’t remember that much about them. 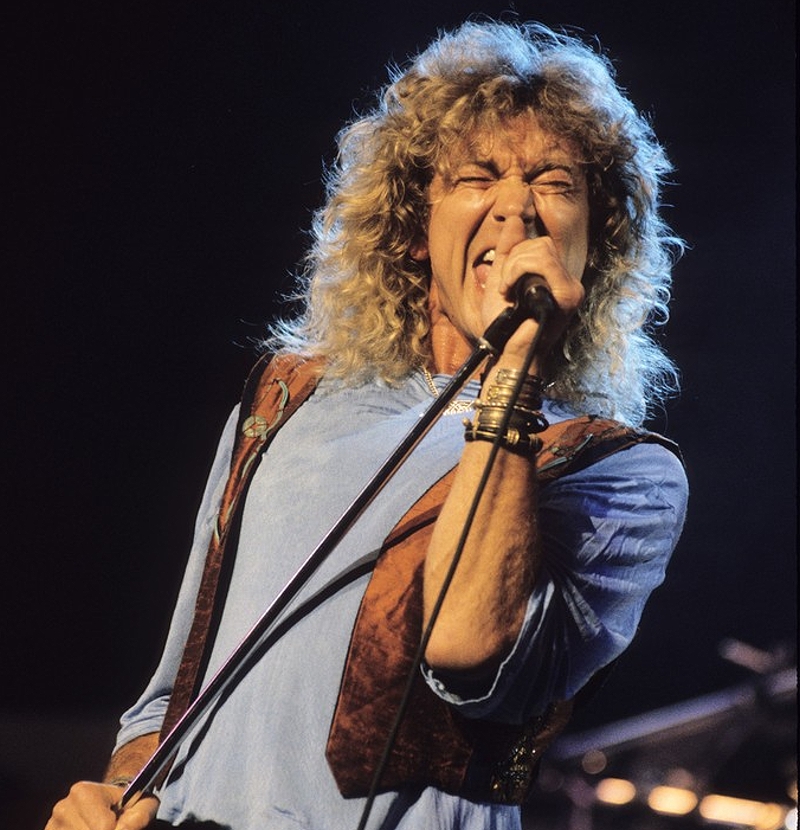 Robert Plant had been slowly carving out a solo career after the demise of Led Zeppelin just after I got to see them in 1979. He had had a hit a few years previously with Big Log from the album Principle of Moments and it was from that album and the current offering Now and Zen that much of tonight’s show was drawn. the main part of the set had a mixture of tracks from both albums with a couple of Led Zep tracks (In the Evening and Black Country Woman) thrown in. The performance of the latter track from Physical Graffiti would probably have been my highlight of the show

The band went off for the encore and when they came back on they played another new song and at the end of that Robert Plant looked towards the wings, looked back at the audience, mumbled something and then, holding his arm out just said…Jimmy Page! The place went nuts and the band tore into Trampled Underfoot!

Finally the band did a third encore and finished the night with the Zeppelin classic Rock and Roll – not too shabby at all!

Ship of Fools
Trampled Under Foot *

*with Jimmy Page on guitar

Photographs from the Led Zeppelin performance at the Atlantic Records 40th anniversary concert in New York, May 14, 1988 – just a couple of weeks after this gig!