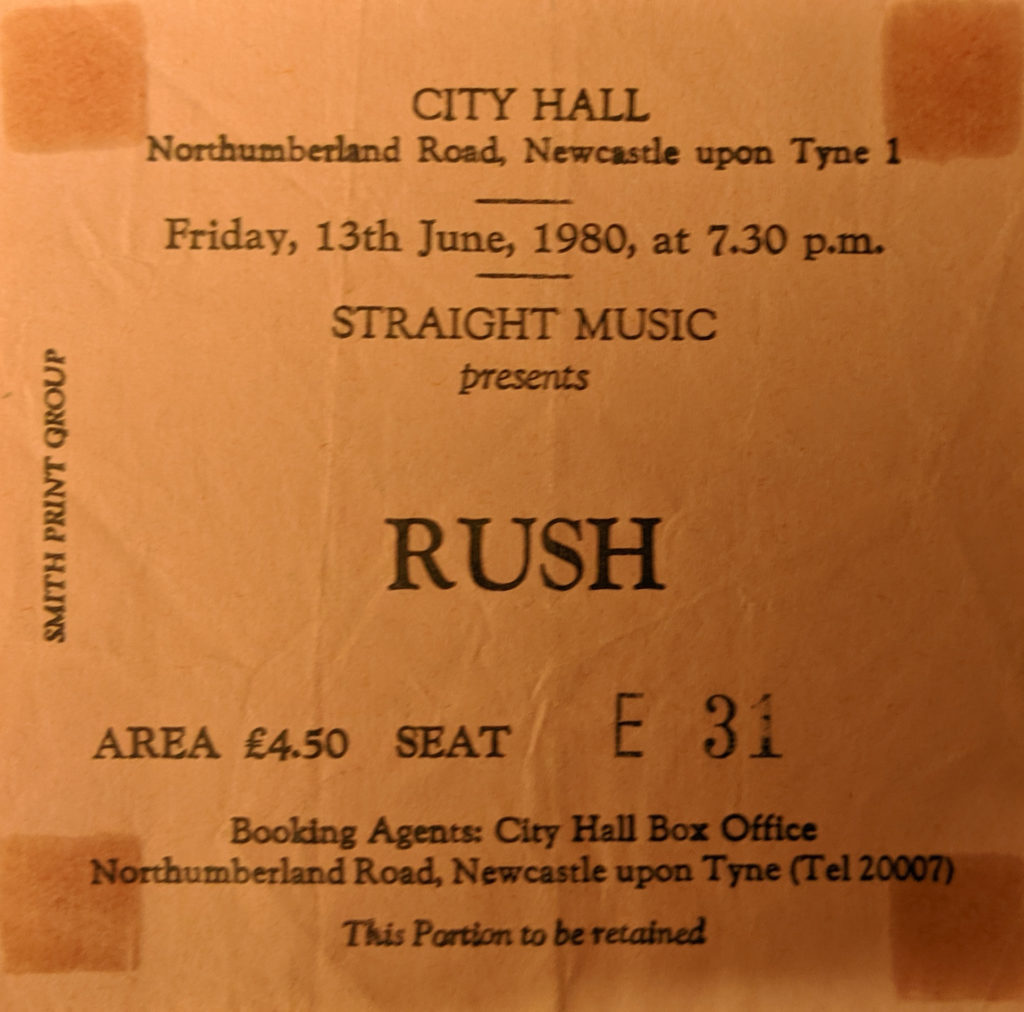 This was the last time I saw Rush on their Permanent Waves tour. They played two nights at the City Hall and we had tickets as we usually did for the second night. We had quite good tickets in the second or third row and we didn’t have to queue in the snow for them this time – I can’t remember how the tickets went on sale but this could quite possibly be the gig where my mum went and queued for tickets for us because they went on sale midweek – she certainly did that for one gig and I remember her mentioning a girl wearing the same Rush t-shirt that we had! 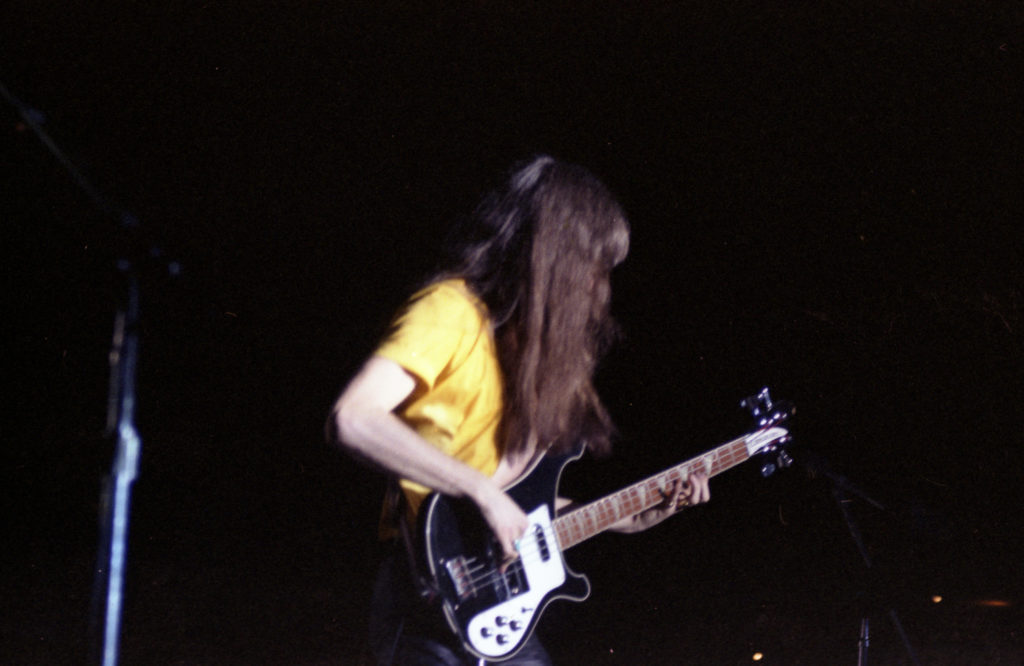 The show was getting ever more sophisticated and this turned out to be the last time Rush played at the City Hall in Newcastle, in fact they didn’t return to the city until 2007 – twenty seven years later! After this tour the show got so big they only played the likes of Wembley Arena and Stafford Bingley Hall. 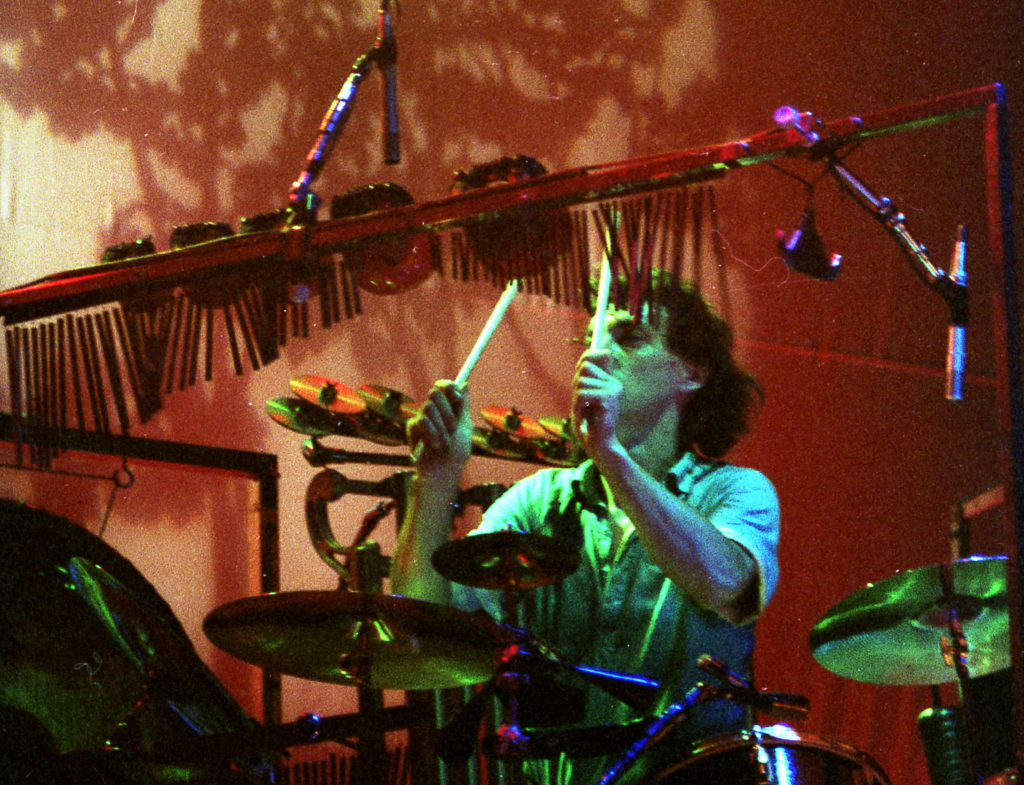 The thing that stands out most in my mind about this gig was meeting the band afterwards. I’ve often joked that Rush were the only band I went off because I met them, We had to queue to get in and see them and instead of holding court in the dressing room like most bands would they came and stood along the side of the hall and we were ushered along to meet them. they would only sign one autograph per person and when I asked if they would sign something for someone who had already gone home I was met with a firm NO! I also recall that my friend, a drummer, told Neil Peart that he played a Tama kit as well and the response was “not like mine”. I know they don’t have to meet the fans but I’d rather they just didn’t do it and sneak out a back door like Eric Clapton rather than meet them and come across disinterested, arrogant and plain rude! 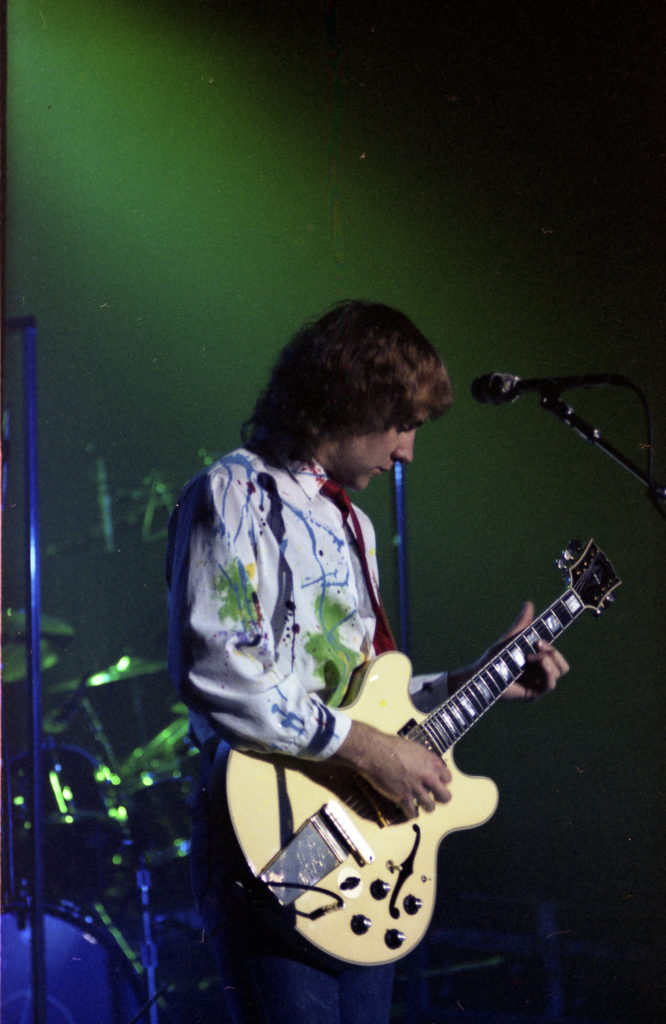 As it was I was starting to lose interest in the band anyway – the stuff I liked was slowly being dropped from the set and replaced with newer tunes. I wasn’t keen on Permanent Waves and the stuff that came after didn’t do anything for me. I’m glad that I saw the band on the three occasions that I did in small venues but I certainly wan’t going to travel to see them way off in the distance in some shed! 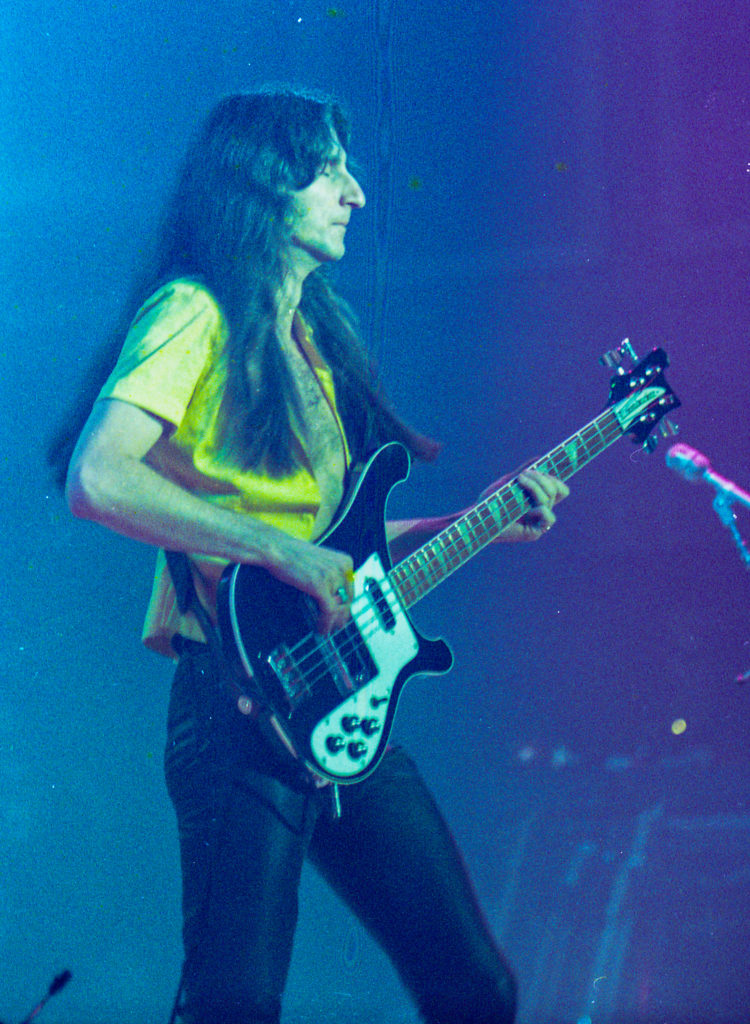 All photographs taken at the gig by me 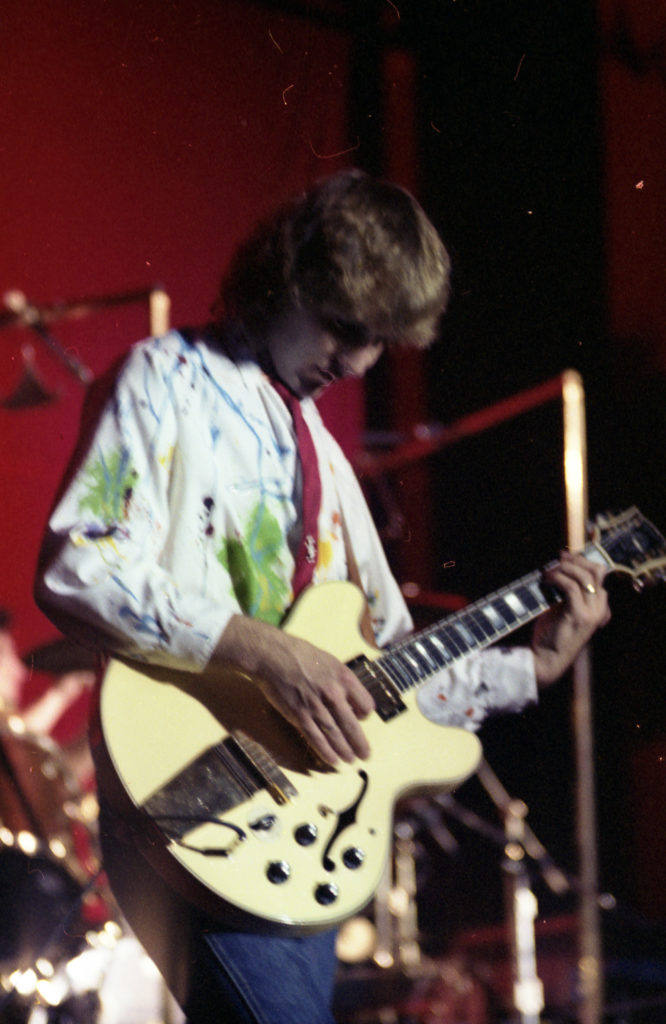